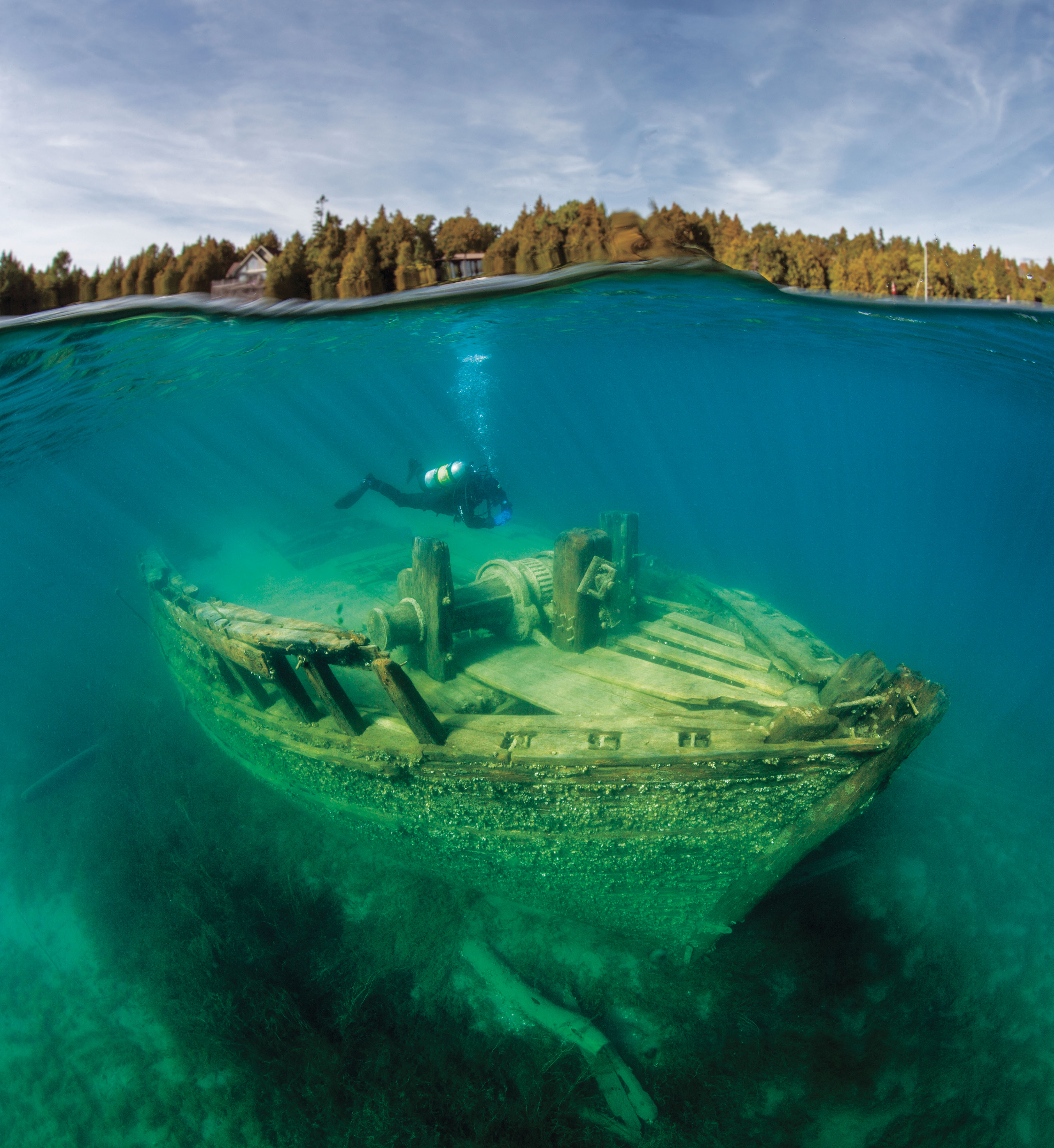 The Sweepstakes, a hauntingly beautiful wreck, lies at the site of one of Heinerth’s first dives. The ship was damaged in 1885 near Cove Island on Lake Huron, then towed to Big Tub Harbour, near Tobermory, Ont., where it rests to this day. (Jill Heinerth)

Piercing the permanent darkness that suffuses underwater caves, Jill Heinerth’s lens produces arresting images of worlds that can seem alien to our own—places that have mesmerized her for decades. Seemingly suspended in time and space, caves and shipwrecks become glowing postcards from another planet. The 56-year-old Etobicoke, Ont., native has been shooting photos for more than 40 years with a particular focus on water, which she describes as her true element: “When I explore an underwater cave, I am literally swimming through the veins of Mother Earth.”

Heinerth has become one of the leading artists on this rarefied and dangerous frontier. Despite state-of-the-art equipment and rigorous training, an average of 20 people die every year in the catacombs that lie within the world’s fresh- and saltwater bodies. For Heinerth, though, the risks are no match for the creative payoff. “As a filmmaker and photographer, underwater caves represent the ultimate challenge: I create art while monitoring delicate life-support equipment, at task loads that take my mind and body to the limit,” she says.

MORE: These adventurers are on a 7,600-km journey from the top to the bottom of Canada

It’s a far cry from her early days of shooting well-lit sites with a small, old-school underwater camera. Working in an environment with no ambient light requires Heinerth to carry enough equipment for an entire team of photographers—an array of strobes and video lights, as well as her Sony Alpha 1 camera, which is housed in a specially made waterproof case. But the added burden is worth the chance to explore spaces no other human has traversed: “I am often the first person to see and document a place,” she says. “Whether I am inside an iceberg in Antarctica, swimming through a volcanic lava tube in the Canary Islands or diving into a desert oasis in Egypt, I need robust gear that can take a beating.”

A journey into the veins of the Earth 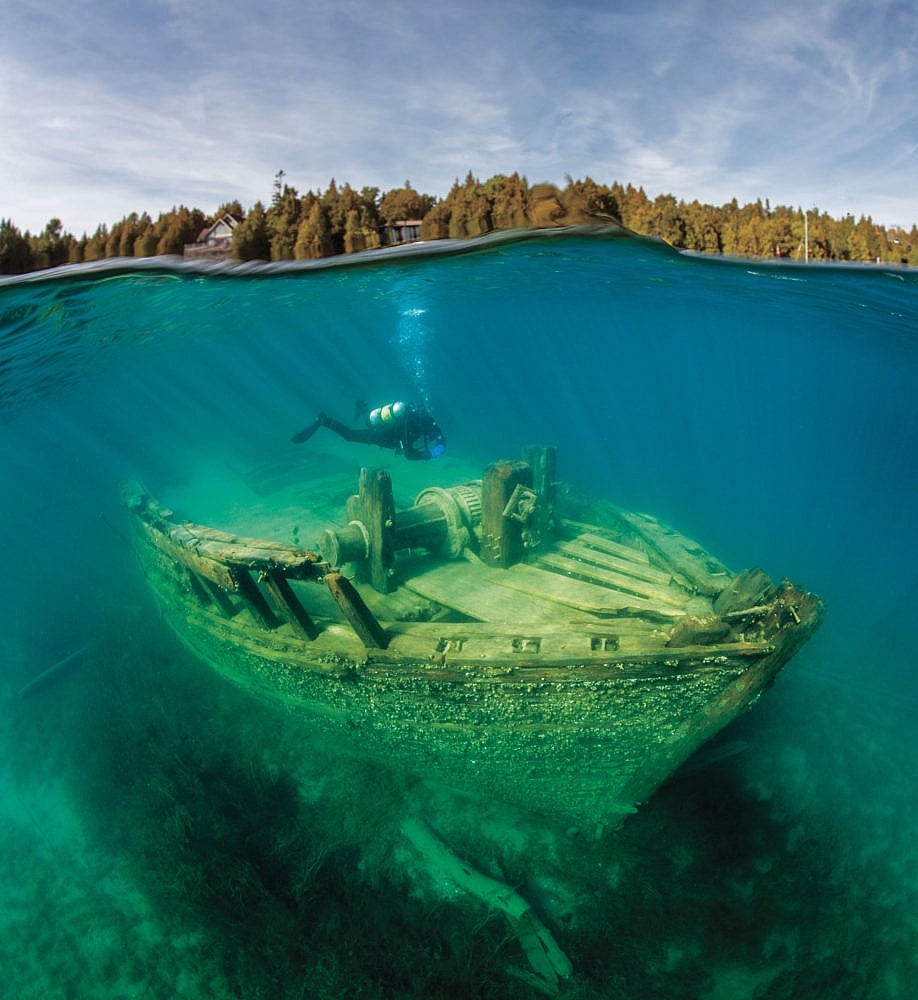 The Sweepstakes, a hauntingly beautiful wreck, lies at the site of one of Heinerth’s first dives. The ship was damaged in 1885 near Cove Island on Lake Huron, then towed to Big Tub Harbour, near Tobermory, Ont., where it rests to this day.

This photo essay appears in print in the November 2021 issue of Maclean’s magazine with the headline, “A journey into the veins of the Earth.” Subscribe to the monthly print magazine here.