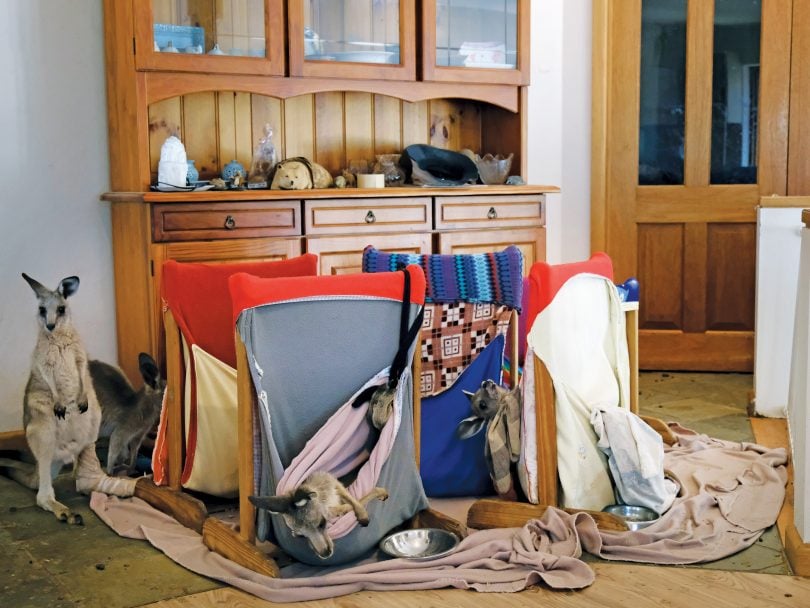 Joeys hang out in handmade pouches at Steve Garlick and Rosemary Austen's home, that they have converted into a kangaroo recovery facility. (Photograph by Jen Osborne)

After all this time, Kavany still knows his way around.

Two years ago, when the kangaroo first arrived at the Possumwood Wildlife Recovery and Research Centre, he was struggling with burns from a local fire. At the recovery centre in Bungendore—just outside the Australian capital of Canberra—Kavany had acres of space to roam and treatment for his burns and infections. When he recovered, he was released to a nearby wildlife sanctuary to live the rest of his days free from the dangers of hunters, vehicles and dogs.

But what Kavany wouldn’t be safe from were the massive bushfires that raged across much of Australia this summer, blazing through 12 million hectares of land. “The wildlife sanctuary was totally burned,” says Steve Garlick, founder of Possumwood. “We’ve had to go into the fire zone to rescue affected animals.”

READ: Canadians are on the front lines of Australia’s ‘mega-mega’ wildfires

Kavany is one of nearly two dozen arrivals affected by this year’s bushfires, adding to the 100 animals already under Possumwood’s care. The centre has handmade pouches to hold joeys and second-hand lounge chairs for kangaroos with limited mobility.

For more than two decades, Garlick and his wife, Rosemary Austen, have worked on rescuing and rehabilitating injured wildlife. He’s a professor in animal ethics and founder and president of the Animal Justice Party. She’s a general practitioner by trade—“a human doctor,” as Garlick puts it.

Together with the help of volunteers, they care for—and release back to the wild—hundreds of animals each year. But it’s not only physical wounds they treat. “These animals have been in a traumatic situation, so we also treat them for their psychological trauma,” Garlick says. That could involve keeping them indoors—away from the noises of the outside world—and surrounded by their own kin in various-sized enclosures, until the animal grows accustomed to the sounds and smells of the environment around them.

“We try to rebuild their confidence and engage with them,” Garlick adds. “It’s not just fixing their burned feet.” 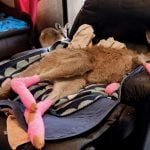 An adult kangaroo with burned feet rests in a recliner. (Photograph by Jen Osborne) 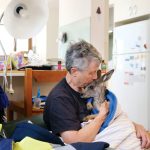 Austen (pictured) and Garlick have converted their home into a recovery centre so the animals have a chance to heal indoors before being released back into the wild. (Photograph by Jen Osborne)