For more than a century, you’ve helped us sip with ease. Even as the world moves on, we can’t throw away your legacy. 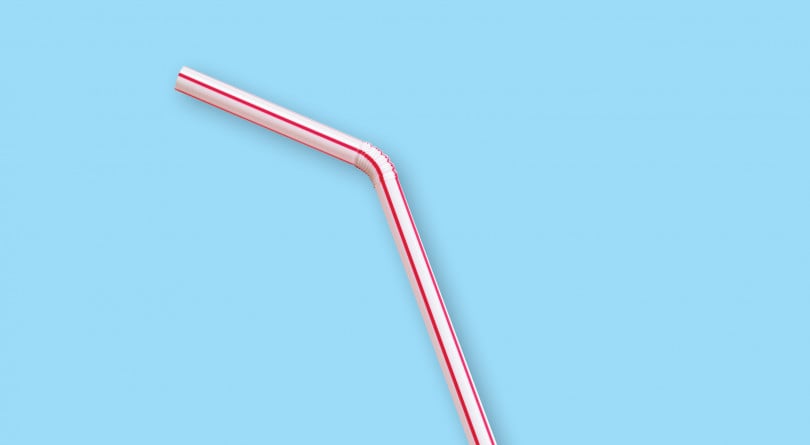 It was hot when you arrived. I think it was the summer of 1887, but it could have been much earlier. All I know is how badly Marvin Stone from Washington, D.C., craved a mint julep. He used to drink them using natural straws made of ryegrass. Those things broke down, leaving grit in your glass before you reached the julep’s bottom. And we needed those juleps in D.C.—Grover Cleveland was president, after all. Even worse, Marvin would complain about the weird grassy taste it added to his beverage. But Marvin was clever—and worked in cigarette holder manufacturing—so he took a piece of paper and wrapped it tightly around a pencil, then glued the paper in place. Once the writing utensil was removed, that’s when the world first met you: the artificial straw.

You were immediately popular—after Marvin got rid of the glue—and he patented the “artificial straw” in 1888. “The aim of my invention is to provide a cheap, durable and unobjectionable substitute for the natural straws commonly used for the administration of medicines, beverages,” he wrote on the paperwork.

You weren’t perfect at first. You were built too straight, for one thing. In the 1930s, Joseph Friedman’s daughter, Judith, struggled to sip her milkshake as you stuck straight up out of her glass. And so Joseph shoved a screw down your neck and strangled you with some dental floss. You must have thought he was trying to hurt you, but when he pulled that screw out, you had these beautiful grooves. You could bend! That made you easier to use not only for his little girl, but also for bedridden hospital patients. Joseph even named his company after you: the Flex-Straw Company.

READ MORE: Why a ban on plastic straws sucks

The 1960s were a turbulent time in politics, music—and even sipping things. The Second World War was long over, factories were expert at producing cheap plastic, and we had a desire for cheaper everyday products. You got a full plastic makeover—you were stronger and cheaper than ever before. You became so popular, it became easy to toss one of you aside and move on to the next straw.

You did your best to adapt. You went Krazy for a while, looping in every which direction in hopes of standing out. Alas, we still didn’t keep you around for long.

Nobody thought about your future when tossing you in the garbage after a single use. But the city of Vancouver says Canadians use 57 million straws every day. One study estimated upwards of eight billion straws are along the world’s coastlines. There’s that saying that you broke the camel’s back, but maybe it was society and our lives of plastic excess.

Your fans today argue you serve an important purpose, especially for those living with disabilities who need help to drink. Your critics counter by saying they can’t believe those fans are cheering for our environment’s demise. That’s such a you-man argument.

Nonetheless, we’ve come to the conclusion that we’d be better off … not without you, but seeing you less often. We’ve already started to move on.

Vancouver will ban you—the plastic version of you at least—next fall, the first city in Canada to do it. The entire European Union is proposing the same thing.

Businesses are changing their opinions, too. One airline based out of Alaska recently stopped offering you to passengers. Starbucks says they’re going to phase you out by 2020. Even McDonald’s—maybe your biggest advocate—said it’s going to drop you from locations in Britain.

Ikea went as far as symbolically putting its “last straw” on display in London’s Design Museum; people just gawked at you from behind a glass case like you were some kind of historical relic.

I wish I knew what the future holds for you. Maybe you’ll come back after a bamboo makeover. I’m sure you’ll become more expensive—in paper, you cost one penny more than in plastic—and that might make it harder to visit your favourite burger joints. But we can’t keep living with your plastic shell.

But fear not. I’m sure you’ll always exist somewhere, in some form. After all, we still love mint juleps in the summertime.