While many love the miniature doors affixed to trees, the city was receiving an increase in complaints about how the doors are ruining the landscape in parks and natural areas 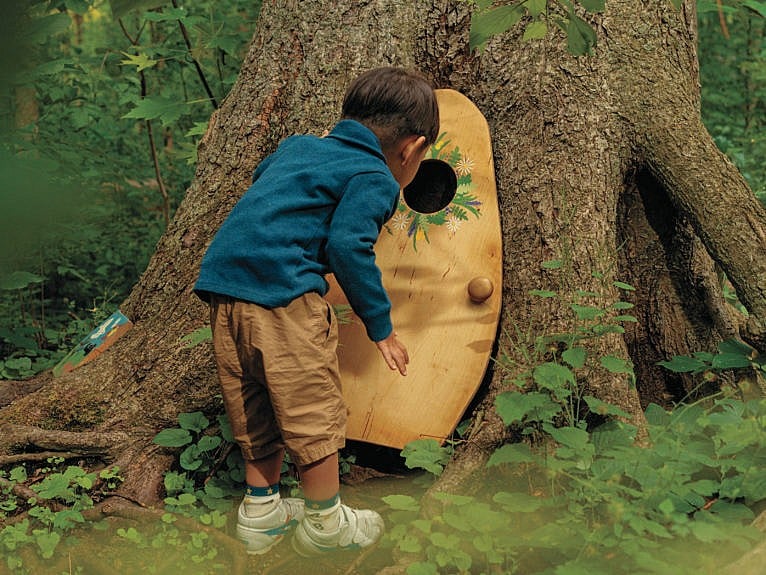 It was treated as a stealth operation. Adrian Ferrazzutti would put a small cordless drill in his backpack, along with a box of screws. Then he and his kids would hike around Guelph, Ont., looking to install “fairy doors.” When they reached the perfect tree—one with arches at the roots—he’d pull out a miniature door they’d made in their family woodshop and, when no one was watching, mount it over one of the cavities at the base of the tree to create a “fairy house,” running screws through the door’s tiny hinges.

“It was like changing a car’s wheels in an IndyCar race,” Ferrazzutti says. “Do it as fast as possible, get back on your feet and keep walking. The whole thing of this is no one’s supposed to know who’s doing it.”

Ferrazzutti wasn’t the first person in town to make fairy doors, which have sprung up in parks across cities big and small in Canada and abroad. But as a professional woodworker, he definitely upped the game when he started five years ago. He even started making tiny fairy furniture to go behind the doors—chairs, beds and staircases that lent the feel of a true home. “You’re overhearing people walking down the trail and discovering them, and the giggles that would come out of the kids’ mouths put a smile on your face,” he says. “It was addictive.”

READ: ‘Botanical sexism’ could be why your allergies keep getting worse

While Ferrazzutti installed only a handful of doors each year, Guelph has seen a fairy housing boom along its walking trails and in parks, especially since the pandemic. Parents found that the prospect of discovering or installing the things spurred their kids to get outside. Teachers jumped in, creating a magical area for kindergarten students in Marksam Park’s “Friendly Folk Forest,” where stunning fairy doors several feet tall are fitted perfectly to nooks in tree bases.

Then, amid the heartwarming stories of magic coming to town, the city of Guelph implored locals to stop. While many residents delighted in the whimsy, the city was receiving an increase in complaints about how the doors were overtaking, even ruining, the landscape in parks and natural areas. “We needed to press pause,” says Dave Beaton, Guelph’s program manager for forestry and sustainable landscapes. “Trees are under increasing stress with climate change and invasive species. We want to reduce the impact on our stressed trees.”

Along the Eramosa River Trail, for example, fairy doors started appearing in greater numbers a few years ago; more recently, new ones seemed to show up every week. Some are artsy and cute, while others appear old and faded—a small piece of painted wood with a child’s name written on it and screwed into a tree. Says Beaton: “The magic has worn off. It looks more like litter.”

But when the city put out a gently worded social media post in early May warning that the drilling can leave trees vulnerable to disease and pests, the message didn’t work like magic. While many applauded the effort to protect nature, others pointed out the lost joy for young children—especially during a year when parents craved ideas to get their kids outside and engaged. How much damage, they asked, can a couple of screws really do?

Many suggested acidly that, if the city cared about keeping its trails pristine, it should kick resources into ridding them of dog poop. Beaton is unmoved. “The fairy doors are not our number one issue,” he responds. “We can deal with other more substantial issues at the same time. But that was something we felt we needed to address.” The city won’t be removing any of the fairy doors, he adds, because doing so could leave gaping holes that might prove even worse for the trees’ health. Instead, the city is appealing to people’s better judgment: “The city is certainly not anti-fairy. We just want to protect the magic of nature.”

Guelph is not the first city to take a stance against the proliferation of the mythical creatures’ homes. Last year in B.C., the Regional District of Central Okanagan removed all the popular fairy doors popping up in Kelowna’s Rose Valley Regional Park, saying they contravened a bylaw against damaging natural features in parks. Years ago, the English town of Crewkerne opted to close down Wayford Woods temporarily in order to remove all the fairy doors that had overrun the area. Critics chided the town for “evicting fairies.”

Ferrazzutti has long known fairy doors were not welcomed by everyone in Guelph. Some of his past installations didn’t last a month before he’d find their hinges twisted and tiny doors pulled apart. The first one he built with his daughter—a tiny, red masterpiece with little sticks across the window—lasted three years before getting ripped away.

“It’s like a little knife in the heart when you see how violently they’ve been taken off. You’re thinking, what is wrong with people?” Ferrazzutti reflects. “But that person must be saying, ‘What’s wrong with the people who put these fairy doors up?’ ”

This article appears in print in the August 2021 issue of Maclean’s magazine with the headline, “No fairy-tale ending.” Subscribe to the monthly print magazine here.