With a changing climate, camouflage has become hazardous for the common boreal forest hare. Will it have time to adapt? 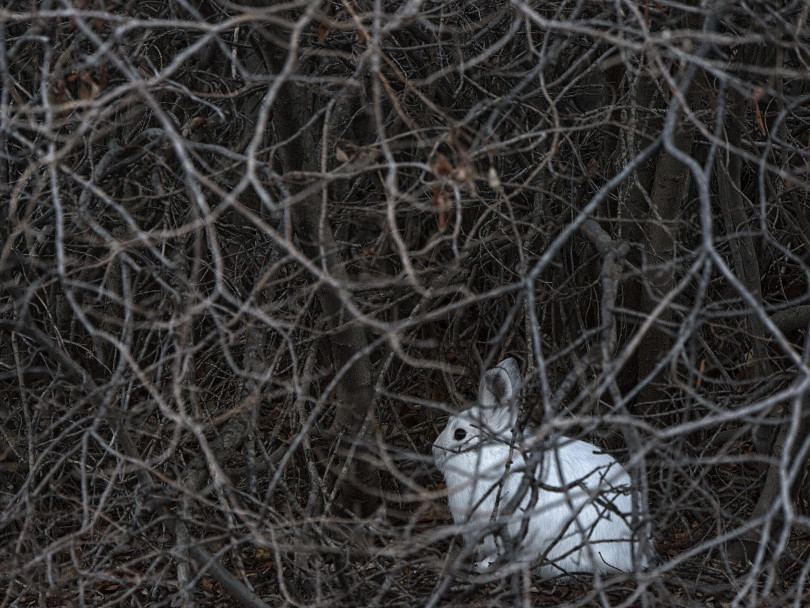 Shifting seasons and snow cover can put the snowshoe hare's fur out of sync, leaving it more vulnerable to predators (Peter Mather)

The jarring image of a snow-white hare in a brown landscape could be a sign that all is not well in Canada’s boreal forest.

The snowshoe hare, a species whose fur changes from brown to white in the winter, is experiencing asynchronous moulting—a fancy term for the hare’s fur not matching its surroundings. As the planet warms, snow cover starts later and ends sooner in some places in the boreal forest, and snowshoe hares are being caught out of sync.

The result is that an already highly preyed-upon animal is left acutely exposed and more vulnerable to its predators, which primarily include the lynx, but also coyotes, great horned owls and goshawks. The hare, despite its unfashionably out-of-season coats, is not nearing endangered status, but the phenomenon is a fascinating example of the intricate ways climate change disrupts ecological processes.

It’s not that climate change hasn’t affected the hare’s numbers. The snowshoe hare is known for having a reliable nine- to 10-year population cycle, where its numbers reach a peak, then crash, then rise again. Scientists studying the animal have noticed that the cyclic peaks have gradually been getting lower and lower over the past several decades. “We’re getting evidence that the intensity of the cycle is declining. It’s very likely due to climate change—the climate crisis, really,” says Rudy Boonstra, ecology professor at the University of Toronto Scarborough, who studies the hare population across southwestern Yukon.

READ: How gold mining forever transformed a river in the Yukon

Since the hare is such an important food source for many predators, the effects ripple across the ecosystem. It’s time again for another low in the cycle, and 2020 will indeed see rock-bottom population numbers for the snowshoe hare and lynx. “Will the snowshoe hare cycle decline and potentially disappear over large areas of the boreal forest?” asks Boonstra. “That’s definitely a possibility.” 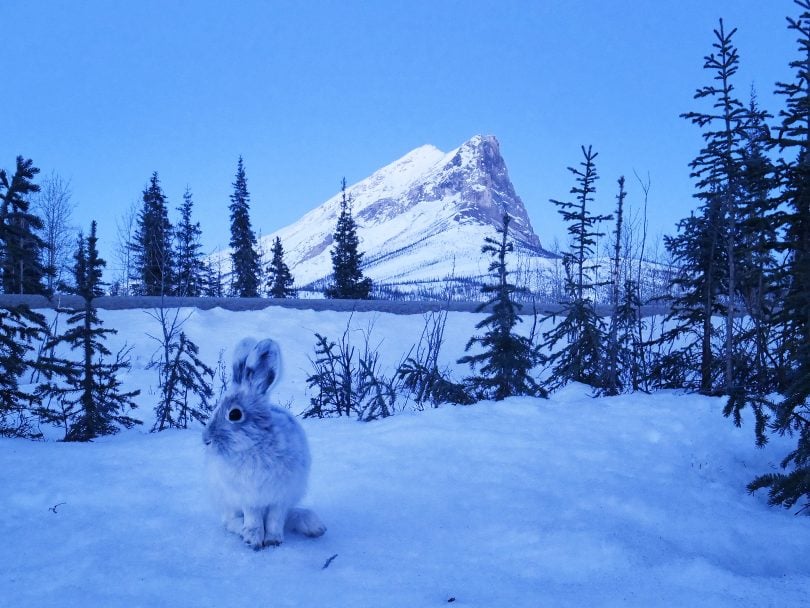 At the same time, Boonstra doesn’t believe the hare will become extinct. Its habitat is enormous, spanning the Rockies, the Cordillera region and northern U.S. states like Montana and Pennsylvania, and as their ideal habitat moves north, so will they. “They change [colour] as a function of the latitude they’re living in,” he adds, and there’s enough genetic variation within the population to suggest that natural selection will do its work and the hares will adapt to their habitats just as they did over thousands of years, as glacial movements pushed them into new places.

Of course, climate change is working frighteningly fast compared to ancient glacial melts. “So can they adapt?” asks Boonstra. “They have the potential. They’ve done it in the past. Will it take time to catch up? Perhaps.”

In the meantime, the disruption of the hare’s reliable cycle could throw many boreal forest dwellers off balance.

This article appears in print in the January 2020 issue of Maclean’s magazine with the headline, “Whither the white rabbit.” Order a copy of the Year Ahead special issue here. Subscribe to the monthly print magazine here.