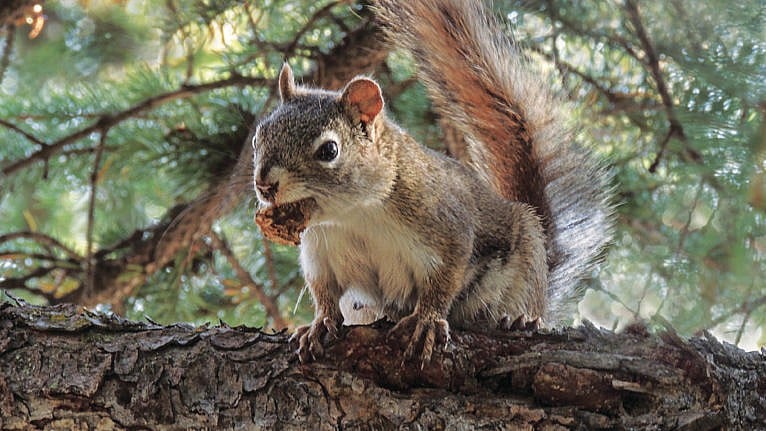 The forest’s location is secret. Chris McGee, tree seed collector, will permit only disclosure of the nearest town: Dornoch, Ont., 175 km northwest of Toronto. On a clear morning before most have awoken, McGee arrives in the plantation. Rows of red pine trees stand as silent sentinels. A red squirrel high in their branches emits what the naturalist Charles G.D. Roberts described in this magazine in 1930 as “a shrill chr-r-r-r of virulent disapproval.” McGee smiles. He sees the squirrel as an ally and a friend.

McGee steps over stone fences that date back to before tree-planting converted this field to forest. Pine resin stains his hat brim and tars the mouth of his pail. McGee’s trained ear hears (though a carpet of needles cushions its impact) the plop as each cone cut by a squirrel falls to earth. The rodents “squirrel away,” if you please, the cones in hiding places—which McGee has come here to find.

“The red squirrels—those are my workers,” says McGee, who by day is a recruiter in the aerospace industry. “Those are my buddies. I can’t get up an 80-foot pine tree to get those cones. You have to train the eye to see the caches. They are masters of hiding.” 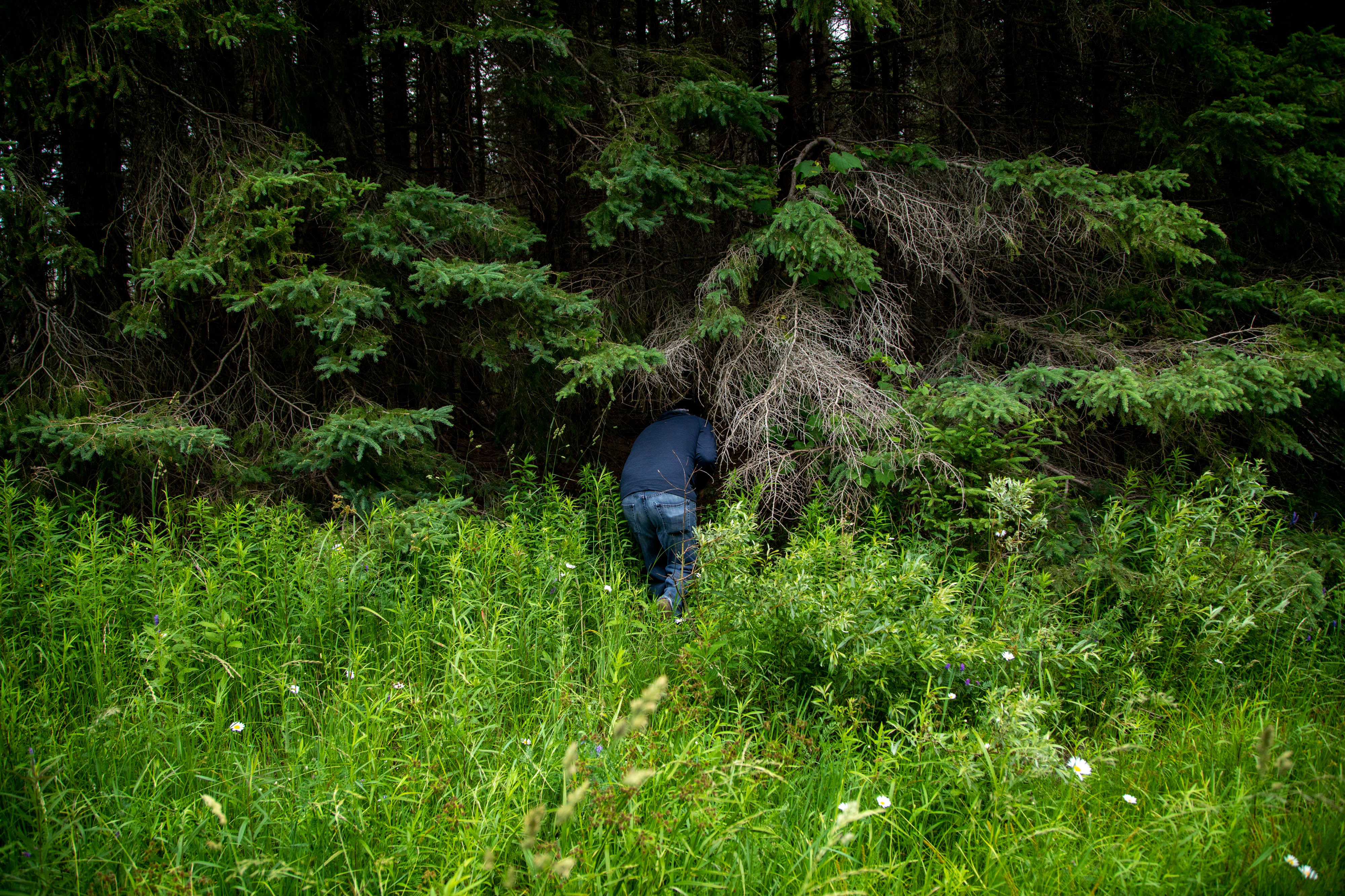 Seed collector Chris McGee out prospecting different types of trees in anticipation for seed picking in the fall on June 25, 2021. (Photo by Carlos Osorio)

To mitigate climate change, the Trudeau Liberals pledged in 2019 to plant two billion trees in a decade. Trees sequester carbon and thus cool the planet. Enacting this campaign promise will require many tree planters. But tree planters need seedlings, and seedlings grow from seeds. Toiling in anonymity are the resupply forces of reforestation campaigns, the tree seed collectors, and their frequent partners, the red squirrels.

“We are the first link in the chain,” says McGee, one of the province’s independent, certified tree seed collectors. The collectors supply seed to tree nurseries to grow seedlings. The seedlings then go to tree planters. McGee notes of seed buyers: “If they don’t get good seed, what are they going to do?” But now, with hotter summers and farmers clearing woodlots, McGee and others warn that seed collection is increasingly difficult.

Chris and his brother Colin are fourth-­generation collectors. Trees produce seed on cycles of up to five years; the brothers succeed because they know where and when to look. Like the squirrels, they are ruthless about keeping secrets. On forms he submits with seeds for payment, Chris leaves blank the space labelled “UTM/GPS coordinates,” and indicates only the nearest town.

MORE: The sense of urgency around climate change is trending up

The McGees’ late uncle Bob, who loved to dole out nicknames, included the squirrels as family and called all squirrels “Sid.” The name stuck. “I am hoping Sid has them down at the end,” McGee says as he walks deeper into the forest. “He has his favourite spot. It’s like an Easter egg hunt. The little kid in us comes out.” (Canadian researchers in a 1987 paper called squirrels “detrimental to forestry” but hard to control. How should one gather tree seed? “Collecting cones already harvested by squirrels is probably the most practical approach.”)

Collectors have other tricks. For red and silver maple, they set out during spring in the still air of dawn or dusk, spread tarps under a tree, climb a ladder and bang the branches with a pole. For pea-sized tamarack cones, in August they ascend ladders in mosquito-infested swamps. Collectors check seeds for viability, too; for example, they “float” acorns in water. An acorn that floats is infertile. Collectors also scout forests every year in spring and summer to assess tree flowers and gauge future seed crops.

The job pays poorly and is getting harder. A hotter climate means some years pine cones open and disperse their seeds before the squirrels can cut them, notes Mark McDermid, seed and stock coordinator at the non-profit Forests Ontario. Southern Ontario counts fewer forests, too, laments Paul Richardson, owner of Pineneedle Farms tree nursery in Pontypool, Ont., northeast of Toronto.

McGee often collects seeds for Forests Ontario, which, with its partners, has planted over 34 million trees across Canada since 2008 and owns about 205 million seeds in cold storage. In his car on the day he visits the pine plantation, McGee carries a Forests Ontario purchase order for seven hectolitres of red pine cones, at $225 per hectolitre (a tight fit in a large potato sack). It’s not much: after five hours, he nets one bucket of cones, worth $40.

Climate change has buffeted the seed collectors’ workplace, bringing on invasive insects, ticks, drought, volatile weather. Tree planting can mitigate these threats. While McGee applauds the ambition of Trudeau’s planting target, he says the PM “probably doesn’t understand the challenging nature of collecting the kind of seed that they are going to need.”

The viability of tree-planting pledges relies on adequate compensation for seed collectors. In this regard we can learn from McGee, who is scrupulous about rewarding his own furry, four-legged subcontractors. Along with buckets and burlap bags to transport cones, McGee carries bags of peanuts, sunflower seeds and “floated” acorns—not viable as seeds but still tasty to a squirrel. He replaces the cones he takes with other food. “I would never rob from them,” he says. “They are doing all the work.”