Is that my plastic bag in the Mariana Trench? 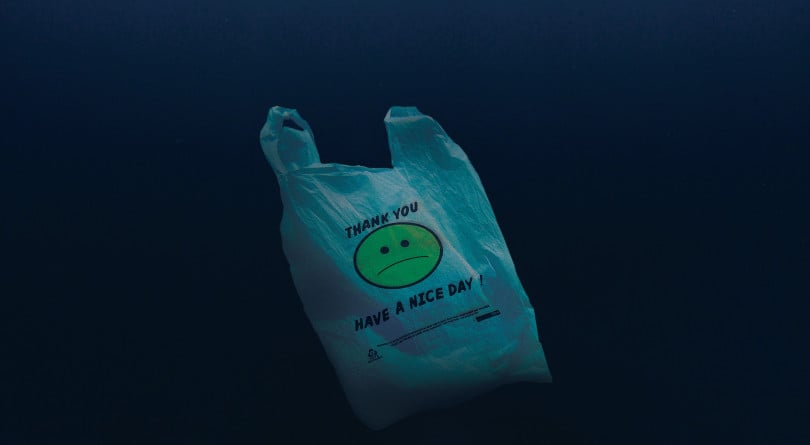 Until Victor Vescovo landed his submersible there recently, no human had been to the seabed’s deepest point at the very bottom of the fearsome Mariana Trench, nearly 11 km below the surface of the Paciﬁc Ocean.

In the eerie light emanating from his equipment, Vescovo, a retired naval ofﬁcer and investor from Texas, could make out sea anemones clinging to rocks and shrimp-like creatures scavenging for food among small dunes of beige silt. A transparent sea cucumber began to undulate at his approach, seeming to want to escape his intrusion.

But Vescovo found more than shy marine life and vast untouched landscapes in the ocean’s most remote trough. Within minutes of reaching bottom, he also found trash: “It could have been plastic and it could have been a plastic bag. But we deﬁnitely did see the lettering of some kind on it, so it was refuse,” he told an interviewer at the Boston afﬁliate of National Public Radio.

READ MORE: How startling images are helping to win hearts in the fight against plastics pollution

That news, more than the fact that Vescovo had accomplished the deepest dive in human history or that his expedition had broken a slew of other records, captured imaginations around the world. How had garbage reached the deepest part of the ocean even before humans? It was horrifying.

“This is a big change from when we were kids,” says Eric Galbraith, an ocean biogeochemist at the Catalan Institution for Research and Advanced Studies in Barcelona and adjunct professor at McGill University in Montreal. “We always had this sense that there was a part of the planet that was beyond, that was untouched by human action. That used to be true. And now it’s no longer true.”

It’s not just the loss of the last pristine wilderness. While many other environmental problems tend to spark shapeless grief or despair, plastic pollution in the ocean produces a peculiarly personal guilt: could it be my plastic bag at the bottom of the Mariana Trench?

“The short answer is yes,” says Tony Walker, an expert in marine plastic pollution at the School for Resource and Environmental Studies at Dalhousie University in Halifax.

While it’s impossible to know precisely where the trash in the Mariana Trench came from, ocean water is exquisitely interconnected, Walker says. He pointed to the 28,800 yellow rubber ducks lost at sea in 1992 when a container ship carrying them from China to the United States hit bad weather. The ducks were eventually tracked to every corner of the sea surface, uniformly distributed, he says.

Winds move plastics around on the surface and so do tides, currents and gyres. Some plastics float on the surface for a while as large pieces and others break down rapidly into microplastics through the actions of sun and wind.

RELATED: Why a ban on plastic straws sucks

But no matter how big the plastic bits, they become home to phytoplankton and zooplankton and most eventually sink from the weight, Walker said. Once within the water column or at the bottom of the sea, other currents spread them hither and yon.

That said, just ﬁve countries are responsible for more than half—54.5 per cent—of the mismanaged plastic trash in the world, much of which ends up in the ocean, according to a landmark study by University of Georgia engineer Jenna Jambeck and others, published in 2015: China (with more than a quarter of the total), Indonesia, the Philippines, Vietnam and Sri Lanka. Canada does not make that study’s list of the top 20 plastic polluters. The U.S. is 20th on the list, the only developed country to appear.

None of those top ﬁve countries had sophisticated waste treatment systems, the study found.

But here’s the catch: until about 15 months ago, Canada was sending its plastic trash to some of those countries even though they didn’t have efﬁcient ways of handling the waste, says Walker. That’s come sharply into focus over the past few weeks as the governments of both Malaysia and the Philippines have protested what they call the dumping of Canadian plastic waste in their countries.

Last month Philippine President Rodrigo Duterte recalled his ambassador and consuls after Canada missed a May 15 deadline to take back tonnes of rotting waste sent to his country in 2013. That much-travelled garbage is now on its way to Vancouver by ship. For its part, China, which used to import nearly half the world’s waste plastic, stopped the practice last year. 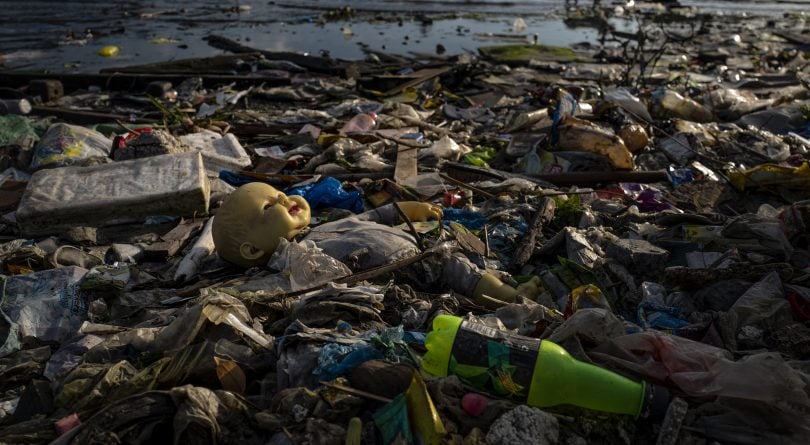 It adds up to a big plastic problem. In 2010 alone, the last year for which there was a global ﬁgure, anywhere from four to 10 million tonnes of plastic waste entered the ocean from land, according to a 2017 study by Jambeck and others. And there’s just more of the stuff around. In all, we mass produced 7.8 billion tonnes of plastic from 1950 to 2015, but more than half of that was since 2000.

There’s so much plastic in the world that some wags have dubbed our era “the Plasticene” and have said that the enduring plastic presence in the fossil record will forever delineate this epoch.

Almost all of it is made from crude petroleum, ﬁnessed in the lab into long-chain polymers that are both flexible and nearly immortal. What of biodegradable plastics? They are just a drop in the plastic bucket at about one per cent of global production, Jambeck’s 2017 study found.

And while some plastics remain in use for years, the great increase in plastic stems from packaging that is used just once, Jambeck found. The result? Plastics made up less than one per cent of municipal solid waste in richer countries globally in 1960. Today, it’s more than 10 per cent.

Once some of that ﬁnds its way to the ocean by winds or flowing water, it does more than collect at the bottom of underwater trenches or swirl around in great marine garbage patches. It also becomes food for some sea birds and other animals, said Jennifer Provencher, head of the wildlife unit of the Canadian Wildlife Service with Environment and Climate Change Canada in Gatineau, Que. She studies plastic in birds’ stomachs.

Back in 2001, studies in the Arctic found that about 30 per cent of northern fulmars, a long-winged relative of the albatross that comes to land only in the summer to breed, had eaten plastic. Today, it’s 85 per cent. The pieces include lentil-size industrial bits called nurdles, but some of the pieces are so large that Provencher can palpate them from outside the stomach sac. They block the passage to the intestine, fated to remain inside the bird until it dies. Some bird stomachs she examined contained as many as 100 pieces of plastic.

And this is in the Arctic, with no shipping routes or plastic manufacturers.

“There is nowhere on the ocean that is going to be saved or kept plastic-free because all of the ocean is connected,” she says. “We see by ﬁnding nurdles in Arctic birds that plastics can travel immense distances and be in the ocean for a very long time.”

Peter Ross, a world expert on ocean pollution who is vice-president of research at Ocean Wise and executive director of the Coastal Ocean Research Institute in Vancouver, says the hard truth is that plastic trash is everywhere. And its reach is growing. “Where we look, we will ﬁnd. This is the thing about plastic. Every single species we look at closely will have ingested plastic.”

Canada is taking steps to make things better, Walker says. On June 10, the federal government announced a plan to ban harmful single-use plastics—possibly including plastic bags—as early as 2021, and to support alternatives. Canadian environment ministers adopted a strategy last year to eliminate plastic waste, and will be discussing a plan to make it happen on June 27, in Halifax. Last year Canada also shepherded the adoption by G7 nations of the Ocean Plastics Charter and invested $100 million to keep plastics out of the ocean.

But plastics are just one symbol of the larger human impact on the sea, Galbraith says. The global ocean is warming, losing its oxygen, becoming more acidic and being stripped of its ﬁsh. That reality is driven home to him every time he swims in the foully polluted Mediterranean near his home in Barcelona. He calls it “this dilute plastic soup.”

“We’re making the world an ugly place,” he says.