The deserted beachfront community has been overtaken by nature and is host to a small number of burrowing owls, in addition to other rare animals 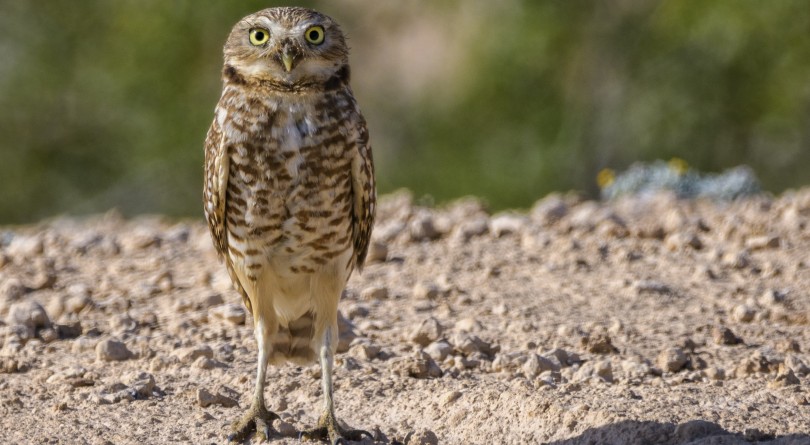 LOS ANGELES — Researchers have discovered a group of rare owls thriving in a nature preserve near Los Angeles International Airport, according to a newspaper report Sunday.

The 10 burrowing owls are the most seen at LAX Dunes Preserve in 40 years, the Los Angeles Times reported. Among the raptors are a breeding pair that stand guard over a nest.

“This is very exciting — a real stunner,” said Pete Bloom, a biologist and avian expert who helped conduct a wildlife survey this month.

Scientists attribute the return of the migratory owls to ongoing restoration work at the 300-acre (120-hectare) preserve that used to be the beachfront community of Surfridge. The neighbourhoods disappeared decades ago as the jet age boomed and have been reclaimed by sand, native brush and invasive weeds.

“For biologists, the preserve has become an ecological hot spot sandwiched between a popular beach and the third-busiest airport in the nation,” said Robert Fisher, a U.S. Geological Survey biologist. “We aim to make sure things stay that way.”

The range of biodiversity in the landscape, which is off-limits to the public, underscores the difficulty that government wildlife biologists face ensuring the survival of rare species in an urban setting, the newspaper said.

Biologists believe there is a chance that juvenile burrowing owls might become permanent residents of the preserve, which is just one small fragment of a dune system that once stretched along the Pacific Coast from Point Conception, west of Santa Barbara, to Mexico.

It is already home to 900 species of plants and animals, including thousands of federally endangered El Segundo blue butterflies, whose numbers were in steep decline due to habitat loss.

Other species on the rebound in the isolated dunes include native evening primrose and California gnatcatcher. A recent survey of the federally protected bird found three pairs and six juveniles.

Federal scientists are discussing proposals to reintroduce animals that roamed the dunes a century ago but are no longer there, the Times said. One candidate could be the Pacific pocket mouse, a critically endangered mammal previously found only on a gun range at Marine Corps Base Camp Pendleton, about 185 kilometres south.