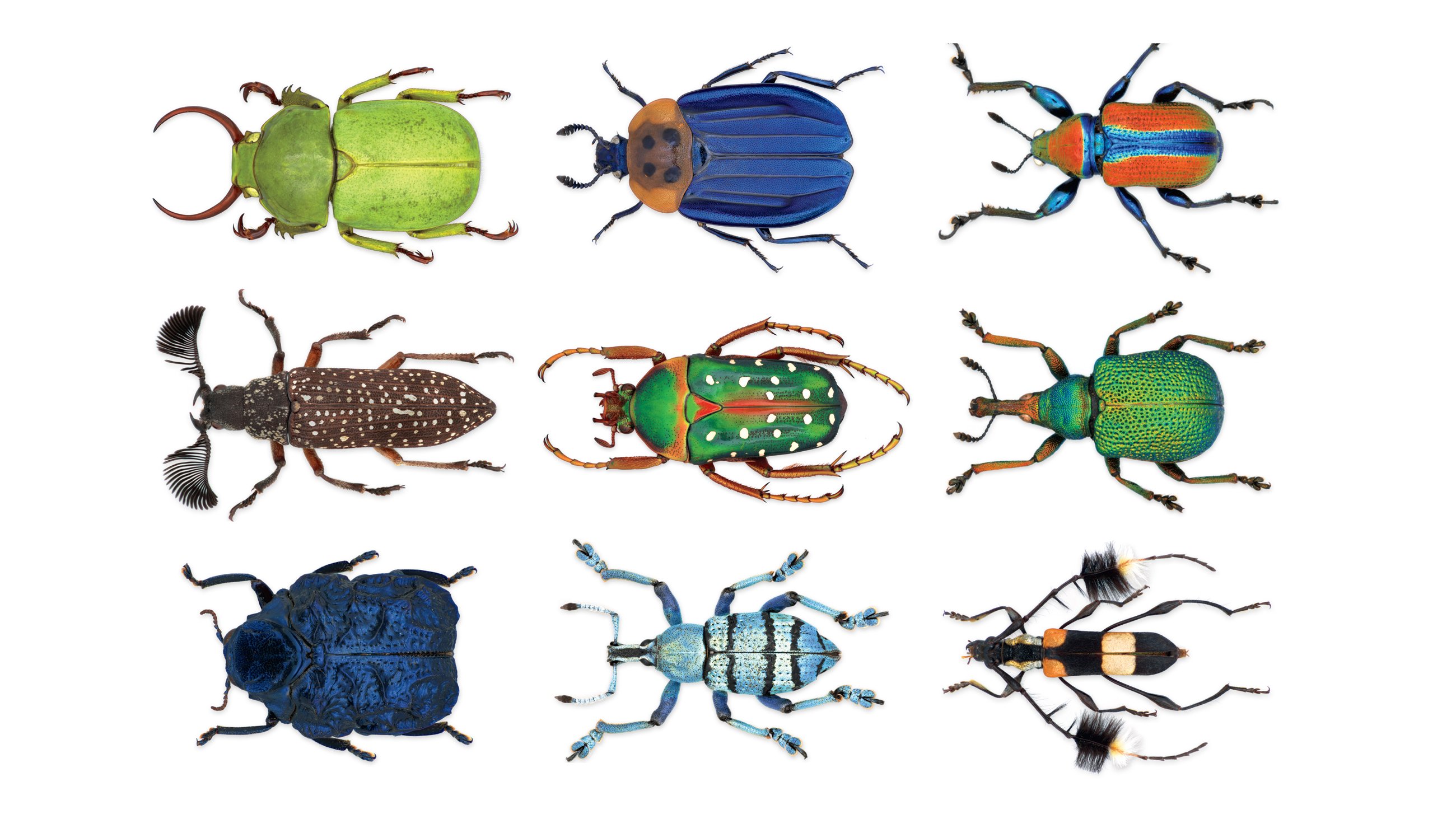 Spending a few years rooting through rotted logs in snake-infested tropical forests on remote Australian mountaintops at night in a quest for beetles would be enough to put some people off the insects for good.

But for Pat Bouchard, curator of beetles at the Canadian National Collection of Insects, Arachnids and Nematodes in Ottawa, the Australian beetle adventures he undertook for his Ph.D. cemented a fascination that has endured for decades.

“There is a limitless number of questions you can study,” says Bouchard, who, at 48, is one of the most famous beetle scientists in the world.

Partly, it’s the sheer variety of beetle shapes and sizes that beguiles him. Beetles, also known as Coleoptera, the name of their taxonomic order, are the most numerous animals on Earth. Scientists like Bouchard who study the creatures are known as coleo-hunters. So far, they have named nearly 400,000 species, about a quarter of all animals known to science. For his doctoral research, Bouchard gave names to more than 40.

MORE: Bugs are people, too

The breadth of beetle colours is also bewitching, ranging from the muddy browns of some dung beetles—yes, they eat dung—to the lacquered scarlets of lily leaf beetles and the iridescent metallics of the agreeable caterpillar hunter.

The smallest beetles would fit through the eye of a needle. The largest are bigger than a human hand. The heaviest beetle larvae weigh more than a quarter-pounder, and some fat ones, like the red palm weevil grubs of Southeast Asia, are routinely roasted on skewers for snacks.

Many beetles are cute and rounded, like the ladybug. Some, like the male atlas beetle of Southeast Asia, are girded for battle with three spear-like horns. Still others, such as the bombardier beetle, let loose a boiling stream of bespoke toxic chemicals from their anus when they’re startled. As a group, they inspire odd adoration: to ancient Egyptians, the scarab beetle was a sacred symbol of resurrection. 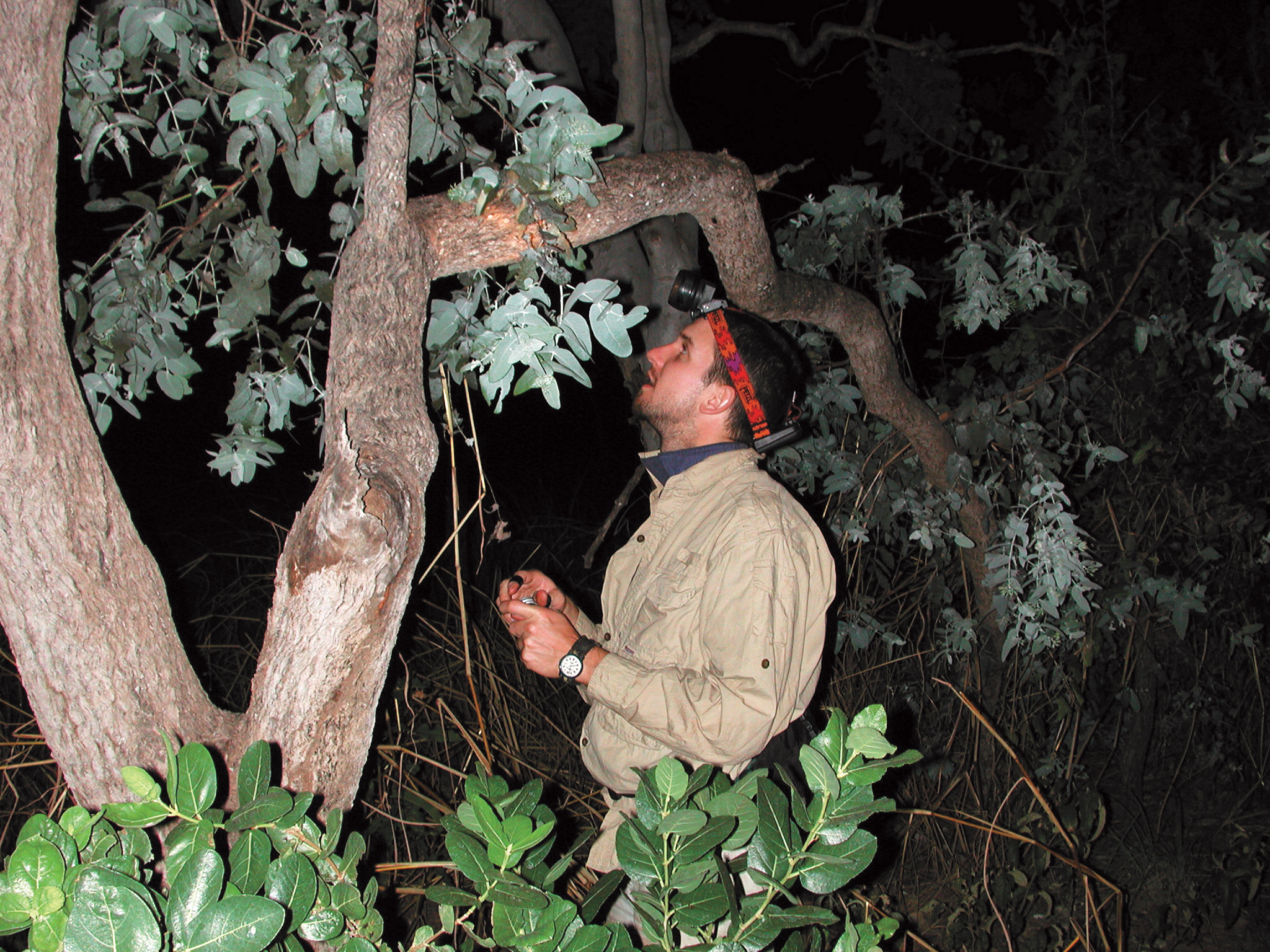 Bouchard’s favourite is the Hercules beetle. Named after the muscled Greek hero, it lives in the neotropics, from Mexico to Bolivia and across the West Indies. Bouchard is drawn to the exaggerated horns of the males and their massive size—as long as 17 cm, or nearly seven inches.

READ: At the Calgary Zoo, the camels watch the people

Then there’s their uncanny strength. Male Hercules beetles can lift nearly two kilograms with their heads. In the 1990s, Rodger Kram, a scientist in California, Velcroed heavy weights to the backs of some similarly strong rhinoceros beetles and then ran the insects on a tiny motorized treadmill to see how they coped. His conclusion: beetle strength is inexplicable.

What the creatures have in common, as Bouchard explains in The Book of Beetles: A Life-Size Guide to Six Hundred of Nature’s Gems, which he edited for publication in 2014, is a set of front wings that have evolved into hard shells known as elytra, from the Greek word for “sheath.” These shells enclose the back wings, which fold neatly underneath. As well, each member of the order has chewing mouthparts, thus the common names beetle, weevil and chafer, all of which have etymological roots in the creatures’ storied ability to bite. (The word “beetle” comes from the Middle English word “bityl” or “betyll,” meaning “little biter.”)

More than 8,000 different types of beetles reside in Canada “that we know of,” Bouchard says. They are so central to human activity that by tracking the movements of beetles, you can figure out what humans were doing and when. Some spread with agriculture or trade. Others arrived in flour with the first European settlers. They adore tombs and excrement. Bouchard cites an archaeologist colleague who recently excavated a latrine in Quebec, only to find evidence of beetles dating to the 1620s.

RELATED: What does it take to move a rotting whale carcass? Glute strength and Vicks VapoRub.

But for Bouchard, who grew up in Quebec, the task is not just to find beetles. He is one of that rare breed of scientist devoted to the knotty intricacies of insect nomenclature. That has led him to library shelves full of ancient entomological tomes in cities across the world, as part of his work untangling beetle-naming history.

For example, nearly 25,000 species and more than 118,000 individual beetles were amassed by Count Pierre François Marie Auguste Dejean, a lieutenant general who fought in the battle of Waterloo alongside Napoleon Bonaparte. A beetle fanatic, Dejean carried pins and cork inside his helmet so he could attach specimens to it, and was known to pause his horse mid-combat to do so. He named some of his specimens, but failed to follow a golden rule in zoological nomenclature: the principle of priority, which recognizes the first valid application of a name to an animal. His naming system has confused beetle buffs since the 1830s, and Bouchard and his colleague Yves Bousquet are the first coleopterists to tackle the huge revision.

“He is a very good sleuth,” says Bouchard’s colleague Adam Brunke of the National Collection. “Not everyone has that knack, and some people find it tedious, but it’s very valuable.”

READ: How humans and squirrels team up to collect tree seeds and save the planet

It’s also a lot of slogging. In 2011, Bouchard, along with a consortium of other entomologists that he put together, published a 972-page book compiling all coleopteric family-group names. David Yeates, director of the Australian National Insect Collection in Canberra, and Bouchard’s Ph.D. supervisor in the 1990s, describes it as a “mammoth scientific contribution.” To fellow enthusiasts, it has become the beetle bible.

This article appears in print in the December 2021 issue of Maclean’s magazine with the headline, “Beetlemania.” Subscribe to the monthly print magazine here.