The best way to save nature? Do nothing.

Peter Wohlleben argues no matter how much humans think they're ruining the planet, the natural world will ultimately prevail 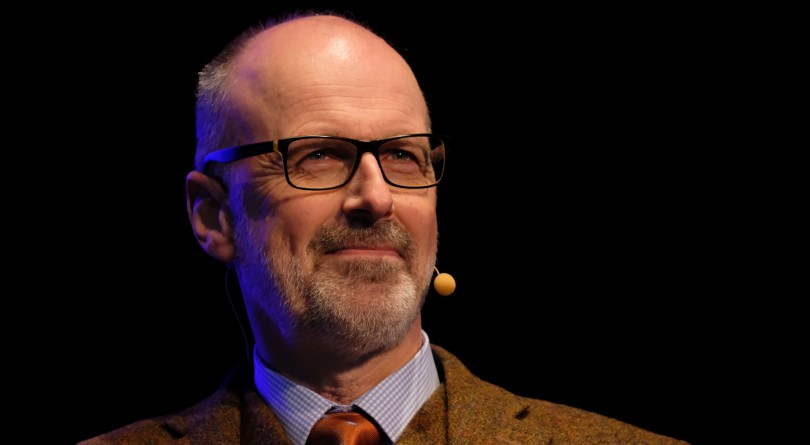 Peter Wohlleben, the world’s most famous forester, began his ascent to ecological stardom three years ago with The Hidden Life of Trees, a bestseller in his native Germany and a dozen other countries. The manager of a 1,200-hectare reserve in the Eifel region, near the Belgian border, Wohlleben anthropomorphized his trees to a degree that infuriated scientists and delighted his readers, relaying stories of affectionate beeches that nursed sick neighbours, lavished love on their children, and even at times took care of their dead. In 2017, he followed up with The Inner Life of Animals, writing in the same emotive language about horses, squirrels, Koko the gift-giving crow and even an “evil” rabbit. Now 54, Wohlleben has completed what he calls his Nature Trilogy with The Secret Wisdom of Nature: Trees, Animals, and the Extraordinary Balance of All Living Things, predicated in large part on his belief there is no real difference between plants and animals. Or humans, for that matter.

Q: Do you consider your new book a summary of your thinking on nature?

A: No, not a summary at all. It’s a different take on how nature works in general, and that it is much more complicated than we ever thought. We like to think of it as a machine, so when we know how the parts work we can put them together and know how the whole thing works, but no.

Q: That fits with your theme: humans should look for patterns that we’ve missed or refused to see in the past, and then admit we can’t see everything. Humility and caution is what we need to practise.

A: Exactly. For example, when we talk about biodiversity and how we can support it, you would think we knew which species exist in an ecosystem, but we don’t. Look at the wonderful research done in New York’s Central Park, where scientists found more than 100,000 species. Most of them bacteria, yes, but very important parts of the ecosystem. We know only a few species on the planet, the bigger ones, but the small ones are often more important and of them we know just a few.

Q: This secret wisdom, then, is nothing esoteric. You mean we simply don’t know what we’re talking about?

A: That’s the essence of the book, and—not to give away the ending—right now the secrets remain secret. If you want to protect nature, the best thing to do is nothing.

Q: You express this caution in ways that might surprise your readers, who probably assume you are strongly opposed to invasive species. You’re not an eradicator, you don’t want to go into the woods and kill or drive out anything doesn’t belong there.

A: That’s because in general we can say that in undisturbed ecosystems, new species are usually not a problem. But when we actually disturb ecosystems—say clear cuts in forests, or even cultivated farmland—then we have a problem with invasive species that will move into that cleared space. The more we weaken ecosystems—that is, manage them—the more problems with invasive species. But the issue isn’t the invaders; it’s us weakening the ecosystems. I wouldn’t fight invasive species. In Germany now we have raccoons from North America, and people say we should fight them because they kill birds and destroy nests. But in old forests that are undisturbed, raccoons have trouble finding a niche and we don’t have problems with them. The problems are in city gardens.

Q: I take it you don’t consider humans the ultimate ecology-changing invasive species, who need to be removed from every continent except Africa if the rest of the world is going to return to its natural state?

A: I hate that kind of thinking—joking references to us as the pest on the planet. I think that we are part of nature and that’s the good news. We can’t destroy nature, though we can destroy our personal ecosystem, the part of nature that is necessary for us—and we are on our way to doing that—but we can’t destroy nature. Look at a long time frame: in the next Ice Age—there will be one—all the forests I like to protect will be destroyed, and then they will recover. But that’s thousands of years later. And for us what’s important is what will happen in the next 100 years or next decade. Not even all that plastic in the ocean will destroy nature—it will sink into the sediment eventually—but in the next decade ocean fish with micro-plastics in them that can cause cancer will be an important issue for us.

Q: You write about how we have such different and contradictory ideas of what we’re trying to conserve or restore, or even what’s “natural.” Shall we preserve only undisturbed landscapes or an abandoned mine, now filled with water and home to endangered frogs?

A: In Europe people want to preserve pre-industrial landscapes, pristine landscapes destroyed long ago. Some German ones have wonderful juniper bushes and lovely spring flowers—they are that way because they are growing on land once farmed, then exhausted, later used for grazing and then exhausted for that. Left alone the forest would eventually return. Now people find them charming and want to protect them in that state. But if Brazil did landscape protection like that—stopping rainforest return— people here would say those Brazilians are crazy, they are destroying the rainforest! We have different scales for these things, in our neighbourhood and far away. We need to realize nature is a process, and if we want to protect it we should allow its slow processes to unfold, but that’s very hard for humans, who always want to be actively involved.

Q:  You do have a lot more patience than most people, telling those who want to reforest bare hills, just stand back for 10,000 years.

A: Exactly. Equally, I don’t like all those horrible news articles about climate change points of no return, how areas around the poles will melt and methane will get out in large amounts and the climate will collapse. That’s not true. There will be stable conditions again, on much higher levels, of course—perhaps four degrees higher and not nice for humans—but stable. And if we don’t like it, we can always turn back the clock. Forests can cool the globe, so let the forests grow without disturbing them.

Q: One moral issue you get heated about is feeding birds in wintertime. Have you started doing that?

A: Ah, I have thrown the clockwork of nature out of sync, I confess. Birds are predators, and in Germany now a big topic is the dying off of insects, a decrease in their numbers and a decrease in species because of pesticides. When you feed birds you’re feeding predators of the remaining insects. If you’re a purist or dogmatist, you would say don’t. And I said that for decades. Then I made a turn and asked why shouldn’t we feed birds—it’s so nice to watch them at the feeders. So I gave up my resistance. Now I think it was a mistake not to feed birds earlier because it’s very important to get emotionally involved in them. When you love birds you protect much more in nature. At my feeder I watched a very rare woodpecker, which in Germany is connected to old forests, and I didn’t even know we had this bird in my district. Of course it was scientifically interesting for me to see that bird but also heart-warming. I’m still convinced that bird feeding in wintertime is not good for the ecosystem. But look at what widespread winter feeding has done in Britain, changing migratory routes and even species. There are people planting whole new forests for the sake of the birds. That’s a new and valuable thing, and if a new forest starts with bird feeding, then bird feeding is good.

Q: Is Koko, the crow who brings you little gifts, still around?

A: Yes, saw it just an hour ago. Though, to be honest, I can’t be exactly sure it’s the same crow every time, but I think it is. In Germany it’s legal to hunt crows, and they generally fly away when you’re approaching closer than 100 metres. But this one doesn’t, lets you get within 10 metres.

Q: You don’t want to carry little beech saplings somewhere farther north and plant them, in preparation for global warming. That would be too interventionist. But you think we should expand our wildlife corridors to make tree pathways, too.

A: It’s hard for trees to migrate because we have our own properties where we don’t want them. We mow them down when they sprout on our lawns. So here we are again, trying to fix our short human attention spans on the time frame required for the movement of trees—hundreds and thousands of years. But the trees should be able to do it, despite all our human borders and restrictions. People support corridors for animals but they don’t think of plants. And they should, especially now that biologists say there’s no real difference between animals and plants. At the University of Bonn, a professor is researching feelings of pain in plants that are producing pain-suppressing substances. That means plants are able to reflect on pain. The researchers wonder if they are conscious. That’s just cognitive science, nothing mystical. The only real difference between animals and plants is plants are so much slower.

Q: Your bottom line then is: leave things alone, and nature will carry on.

A: Yes, we just have to keep our hands in our pockets.