The urgency to act on climate is surging in Canada

Monica Gattinger and Nik Nanos: New data shows Canadians want to be ambitious about climate change. But public confidence in the ability to take action is weak. 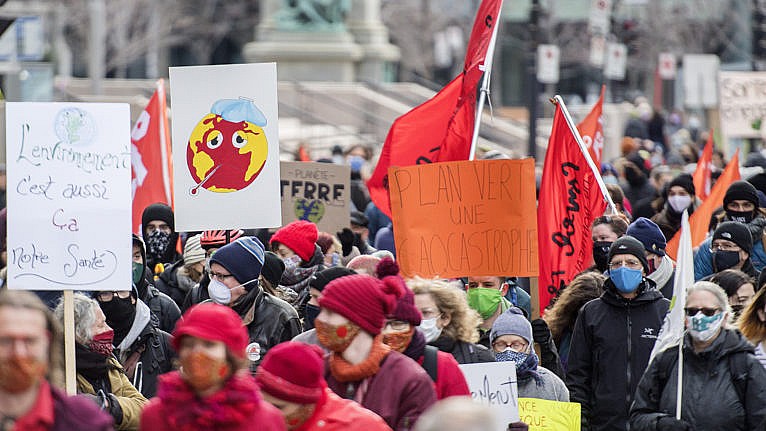 Monica Gattinger is Director of the Institute for Science, Society and Policy, Chair of Positive Energy, and a Full Professor at the University of Ottawa’s School of Political Studies

Nik Nanos is the Chief Data Scientist and Founder of Nanos Research, Chair of Positive Energy’s Advisory Council and a research professor at the State University of New York (Buffalo)

It’s election season and the parties are jockeying to define the issues and terms of the debate. While the pandemic still dominates the headlines, new polling from the University of Ottawa’s Positive Energy program and Nanos Research suggests that a summer of wild weather may be pushing climate change back up Canadians’ priority list.

Since the onset of COVID-19, Positive Energy and Nanos have been asking Canadians whether they believe it is a good or a bad time to be ambitious about addressing climate change even if there are costs to the economy, using a scale of zero to 10.

After four rounds of tracking, a clear trendline has emerged. Our latest results indicate that almost two out of three Canadians believe now is the best time to be ambitious about climate change (scores of 7-10) rather than an OK time (4-6, about one in seven) or the worst time (0-3, about one in five). The shift over the past 14 months has been quite pronounced. Responses were somewhat polarized when we first posed the question last year, with equal numbers answering either 0 or 10 (17 per cent each). In the latest round of polling, we are observing depolarization and a shift towards agreement, with nearly twice as many respondents saying now is absolutely the best time (36 per cent) and fewer saying it’s the worst (11 per cent).

We have also tracked why respondents gave the answers they did. As we outlined in a previous article, the sense of urgency to act on climate change is trending up. When we first asked Canadians why they said it is a good or bad time to be ambitious, the most common answer was: “We need to act now, climate change can’t wait”, with about one in five respondents (21 per cent) saying this. In the latest round of polling, this figure surged, with more than half of respondents (53 per cent) citing the urgency of the problem. Among those who said now is the best time to be ambitious (7-10), the number was even higher, with more than three-quarters (77 per cent) saying the problem can’t wait. In contrast, the number of respondents saying we should prioritize economic recovery or pandemic response has dropped by about half since June 2020 (from 21 to 10 per cent, and from 13 to 6 per cent, respectively).

We also posed several questions that shed more light on the growing sense of urgency to fight climate change. Many are at the core of Positive Energy’s mandate: public confidence in energy decision-making in an age of climate change. The results are sobering and offer pause for decision-makers charting Canada’s energy and climate future.

Asked what most undermines their confidence that Canada can reduce greenhouse gas (GHG) emissions, the top two answers are revealing: big business, oil industry interests and lobbying (13 per cent) and government inaction, empty promises and lack of enforcement (12 per cent). This was followed by provinces, politicians and corporations resisting or undermining efforts (7 per cent). Despite Canadians’ strong appetite for climate action, the perceived lack of business and government action appears to be damaging public confidence.

Asked what most contributes to their confidence that Canada can reduce GHG emissions, the top answer is striking: about one in four respondents (23 per cent) said “nothing” or that they have no confidence. This was followed distantly by people taking action and holding governments accountable (15 per cent) and green energy (8 per cent). These results suggest that while many Canadians are cynical, others are heartened by growing civic mobilization and green energy technologies.

We also asked Canadians to tell us on a scale of 0 to 10 how much confidence they have in citizens, governments and corporations taking action to reduce emissions. Respondents report a greater level of confidence in citizens (mean score of 5.4 out of 10) and governments (5.1 out of 10) to take action than in corporations (4.1 out of 10, with 42 per cent of respondents having no confidence in companies to change their behaviour). No sector enjoys high levels of public confidence, but the low score for corporations combined with the factors undermining public confidence noted above suggest that many Canadians see the private sector as an obstacle rather than a solution.

Lastly, we asked about the present and future importance of oil and gas to the Canadian economy. There is agreement that oil and gas is currently important (mean score 7.6 out of 10) and will continue to be somewhat important in the future (mean score 6.0 out of 10), but it is unclear whether this is because Canadians think it will be challenging to reduce dependence on oil and gas or because they see oil and gas consumption as compatible with climate action.

Canadians’ appetite for ambitious climate action has grown throughout the pandemic, but their confidence in Canada’s ability to take action is weak. They believe there are strong opposing forces hampering our collective ability to reduce emissions and are especially concerned about government and corporate inaction. In the lead-up to the federal election and beyond, leaders and decision-makers should take note.