'I felt awe and fear': New Orleans in the middle of Katrina

‘We would see a piece of someone’s roof fly by. We could see a tree fly by.’ 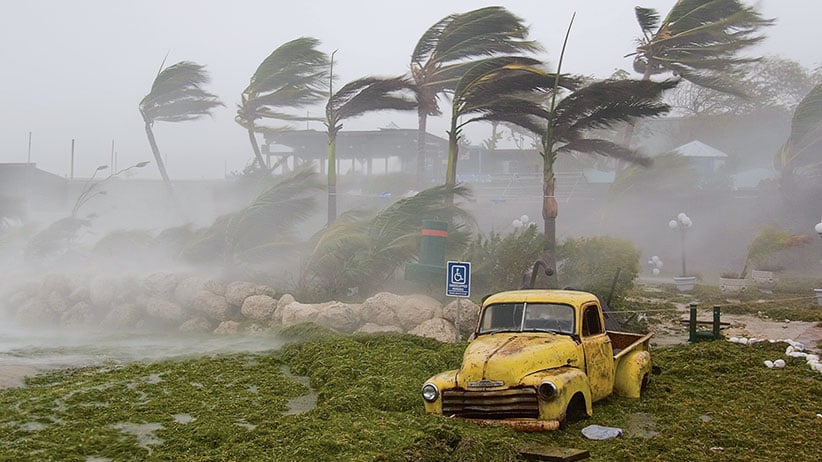 Marcy Italiano is a Waterloo, Ont., author whose book, Katrina and The Frenchman, recounts how she and her husband escaped hurricane-ravaged New Orleans.

“Before the hurricane hit, when the mayor was trying to convince everyone to leave, there was such a mixed bag of what people were telling us. Some people were panicking, trying to get out of town, and others were sitting around their pools saying: ‘Oh, this happens to us all the time. They always say it’s the big one. It’ll pass.’

The night before, we blocked the windows of our hotel room with whatever tall furniture we could find. The rain started while we were sleeping. I woke up around 5 or 6 in the morning, and the hotel staff was putting candles in the hallways because the power had already gone out. The hotel was made out of wood, built in the 1800s. It was shaking.

There were 15 or 20 people in the lobby. Some had just straggled in, looking for shelter. The hotel had a sign outside that swung on chains. One of the chains had broken, so the sign was banging on the front. There was cast-iron furniture near the deck, and that was sliding around. It was the creepiest sound. We would see a piece of someone’s roof fly by. We would see a tree fly by. One of the things that bothered me—and still bothers me—was seeing trees bent over 90 degrees, just waiting to snap.

There was only one radio station that was still broadcasting, and the poor guy was trying to keep everyone calm. People were calling in saying, ‘Can you send help? I’m in the Lower Ninth. I’m in Biloxi. Can you send help?’ There was one lady who called in. She was crying, but you could tell she was trying to stay calm. She said: ‘I’m in my attic, I’m up to my waist in water, and I can’t swim.’ Everyone in the lobby, our heads just went down.

WATCH: How storm surges, landslides and tornadoes can make hurricanes even more dangerous

When the water hits during a rainstorm, you can usually see the individual drops of water hitting the window, no matter how hard it’s raining. This was like being underwater. It was soaking wet. At one point, I walked right up to one of the windows, put my face against the glass, and I was in awe of the power of it—the sheer force of the wind. But at the same time, you’re sitting in there and you really do wonder if you’re going to survive. I felt awe and fear at exactly the same moment. It is something that will stick with me forever.”

— as told to Michael Friscolanti