Why Lake Erie has the same rights as a person in Toledo, Ohio

Most Canadians seem unaware of the lake’s newfound legal rights. But it begs the question of whether Ontario farmers bear responsibility for the lake’s woes, too. 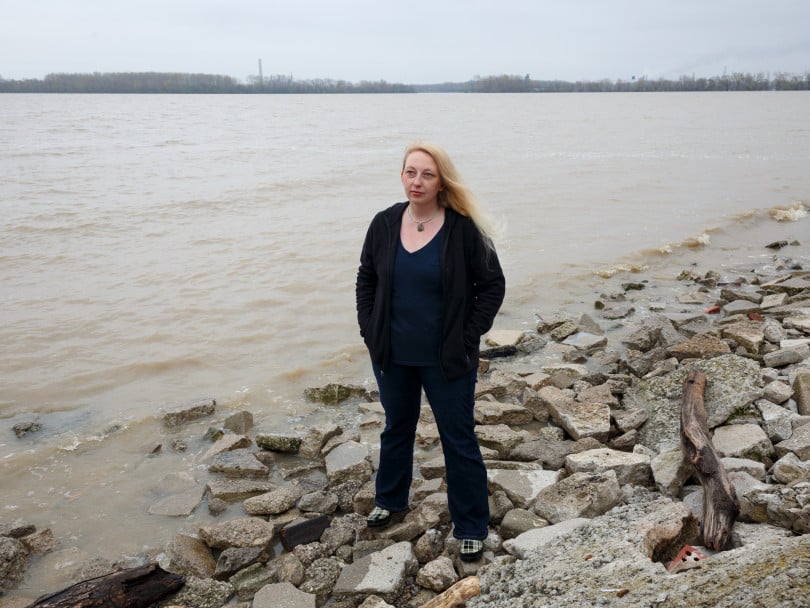 The grassroots group Toledoans for Safe Water, including Miller (above), supported the bill (Photograph by Elaine Cromie)

Dennis Laporte describes his life as “always having one foot in the bed, one foot in the water.” He was born and raised next to the Detroit River—the Ontario side, on the outskirts of Windsor. As an adult, he moved to a waterfront property along the southern shores of Lake St. Clair in the town of Belle River, Ont. And for the last 30 years or so, Laporte has resided by Lake Erie, working as a charter captain and fisherman.

One would be hard pressed to find someone with a more personal relationship to these waters than Laporte. He works six days a week on the water in the summer. The name of his company? Walleye University. A three-dimensional topographical map of Lake Erie hangs on the dining room wall of his modest waterfront property in Kingsville, Ont.—the southernmost town in mainland Canada. The 70-year-old keeps a telescope by the back window, with which he tracks passing boats—and considerable amounts of algae and garbage. “In some areas, it looks like a picnic site,” Laporte says. “You know when someone leaves behind a dirty picnic site by the beach? It ends up in the lake. I can tell where you bought your potato salad.”

READ: The fury of Lake Erie captured in photos

What his telescope can’t see is that across the border in Toledo, Ohio, the same body of water is an even greater lake, now that it’s been granted the same civil legal rights as a person. Under the newly passed Lake Erie Bill of Rights, the lake can sue a company or individual that is infringing on its right to “exist, flourish and naturally evolve” by polluting the Western Lake Erie Basin, explains Markie Miller, an organizer of Toledoans for Safe Water, a group that supported the bill. “It wouldn’t be ‘Markie Miller v. Corporation A,’ but I would be able to bring a case forward of ‘Lake Erie v. Corporation A.’ And then I would be personally responsible for that lawsuit.”

The law may benefit Canadians like Laporte along the shared water body, and it was born of crisis. In August 2014, residents of Toledo woke to orders that no one consume the city’s tap water due to a massive bloom of toxic algae in its source, the lake. For three days, nearly half a million residents had to leave town to obtain safe drinking water. Restaurants shut down. Grocery stores ran out of bottled water.

It was the latest chapter in a dismal ecological history. Decades ago near Cleveland, the Cuyahoga River, which feeds into Lake Erie, was so polluted it caught fire. The lake’s green algae blooms—often attributed to agricultural pollution—have some years caused thousands of dead fish to wash up on Canadian shores. “There really weren’t a lot of avenues that people could take outside of protesting,” says Miller. “And we didn’t see a lot of action come out of the water crisis.”

This time, however, environmental groups turned to a new frontier of U.S. law: “the rights of nature.” It’s an idea that has gained currency as local environmental crises mount, says Tish O’Dell, an organizer with the Community Environmental Legal Defense Fund (CELDF). But it had never been applied to a body of water in America. “I used to get comments like, ‘That’s crazy, do you want the tree to have rights? Is a squirrel going to sit on the witness stand?’ ” says O’Dell, whose group campaigned for the Erie bill. “Now, people’s attitudes have changed dramatically. In Toledo, they didn’t have water for three days. They don’t think it’s so crazy.”

The issue was put to the people in February in a special election ballot. Many of those opposed were area farmers who feared they could face lawsuits due to phosphorous runoff from fertilizer—a major contributor of Lake Erie pollution. And an investigation by the Toledo Blade newspaper found the anti-bill campaign was largely funded by British Petroleum, which owns a refinery on Toledo’s waterfront.

In the end, the proposal passed with 61 per cent in favour—though voter turnout was about nine per cent and the bill has no shortage of critics. “We’ve been trying over the past few years [to reduce fertilizer runoff],” says one local grain farmer, who asked that her name be withheld. “People can’t just start suing us. We do what we need to do to feed the country.” 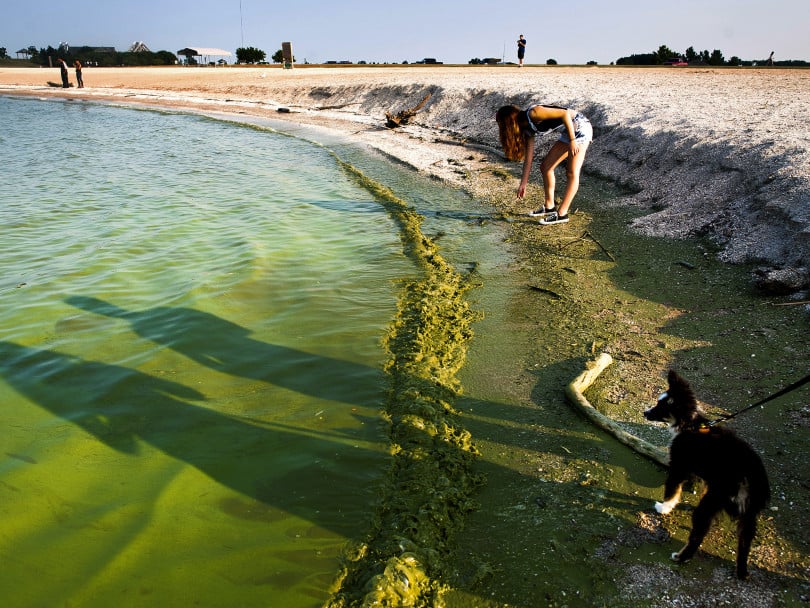 Most Canadians seem unaware of the lake’s newfound legal rights, and while the Toledo legislation is unlikely to affect property owners outside the U.S., it points up the question of whether southwestern Ontario farmers bear responsibility for the lake’s woes, too.

Louis Roesch, a livestock farmer from Chatham-Kent, Ont., acknowledges that Canadian producers contribute to the lake’s phosphorous problem, but says they’ve taken steps to address it. “On the Canadian side, we’re way ahead of the U.S.,” he says, adding that he and his wife “stuck our necks out” to participate in a phosphorous reduction initiative, at the risk of being labelled polluters.

In America, the Land of the Free to Litigate, even advocates for a cleaner lake wonder if the new charter will have much impact. A farming family has already launched a court challenge, and some legal experts predict the Lake Erie Bill of Rights won’t stand. “I’m about fixing the problem,” says Sandy Bihn, executive director of Lake Erie Waterkeeper. “But it’s not a law that says you can’t put excess phosphorous in the lake.”

Perhaps. But previous “rights-of-nature” measures have focused less on lawsuits than on developing systems that protect the rivers, forests and lakes, says David Boyd, a professor at the University of British Columbia and author of The Rights of Nature: A Legal Revolution That Could Save the World. He points to Te Urewera, an area of New Zealand designated a national park in the 1950s. A subsequent law removing the park designation and giving it the rights of a legal person, he says, resulted in a new stewardship authority composed mostly of Maori people “with very clear responsibilities about how this area has to be protected.” Now, an eco-tourism business might require a “friendship agreement” between their business and the ecosystem, instead of a business licence. Boyd says he likes to think humans can change their ways without having to be dragged to court.

Back in Kingsville, Laporte wonders whether Lake Erie could also use a Canadian version of the Bill of Rights. “We’ve lowered our standards,” he says, looking out from his back deck. “We accept beach closings. We expect to see junk floating in the lake. We’ve become accepting of the pollution. But some of us see the tragedy, because we’re so close to it.”

This article appears in print in the June 2019 issue of Maclean’s magazine with the headline, “A Great personality.” Subscribe to the monthly print magazine here.