A pioneering dentist with an adventurous streak, he flew planes, scuba dived, and loved spending time with family in Mexico 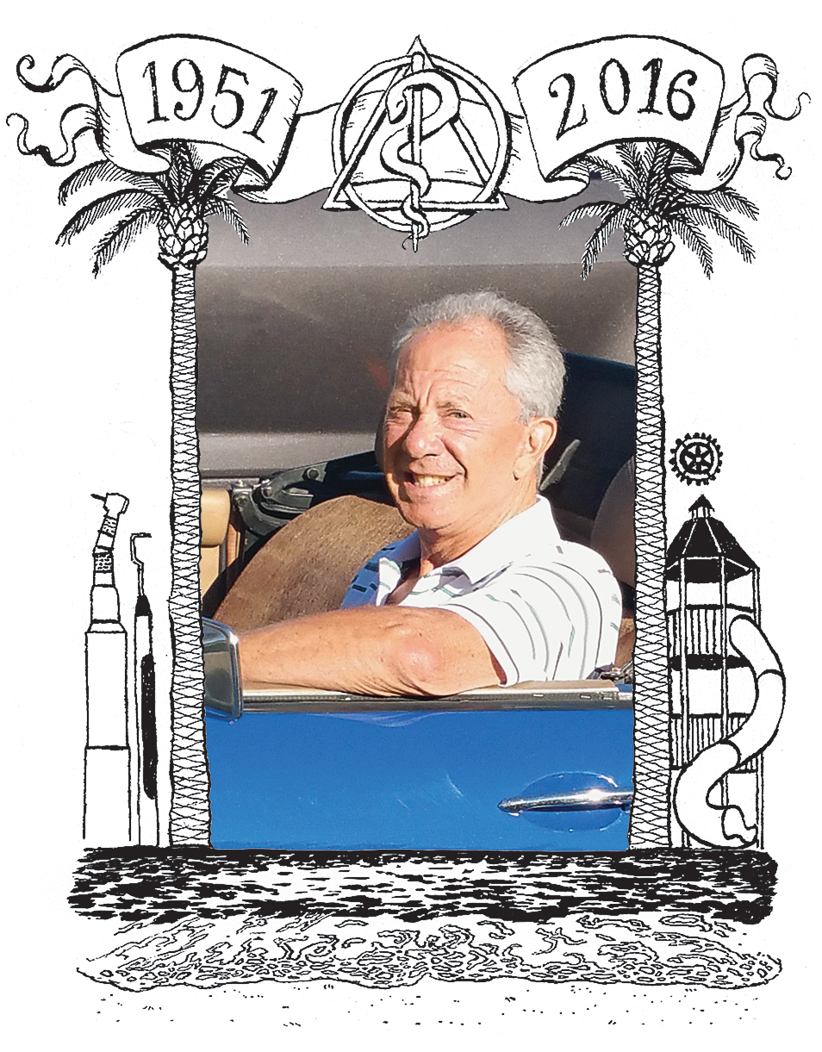 Eric Ruby was born in Montreal on April 9, 1951, to Harry, who sold keys and key fobs all around Quebec, and Sara, an office manager. He had two older siblings, Stephen and Marion.

Harry was often away on sales trips and, with Sarah working too, it was Marion who frequently looked after Eric, five years younger. She took him to school and later tutored him in math, his one problem subject. “He was a lovable, easygoing kid,” says Marion. As he got older, Eric would inherit his father’s booming laugh. But from early on he had Harry’s charm: “My dad,” recounts Marion, “could sell you the Empire State Building, he was just so outgoing and charming. Eric was the same way.”

At 17 he attended a B’nai B’rith social event, and met Linda Salonin. They became friends, though Linda wound up dating Eric’s cousin for a year. Then, at summer camp in 1969, Eric fell ill with a serious migraine. “I sat with him all night long,” recalls Linda. “He didn’t know it. Then he saw me there in the morning. And that was the beginning of the relationship.” They married three years later on June 11, 1972.

Eric had braces in high school. He marvelled at how dentistry fixed his smile and decided he wanted to become a dentist. In September 1972 he started dental school at McGill University. Linda, working in Imperial Tobacco’s Colts cigar division, put him through university.

In the wake of the FLQ crisis, Eric and Linda decided that after he graduated they would move west. In 1977, Eric joined River Valley Dental in Revelstoke, B.C., as an associate. Nine months later, he was a partner. Linda did the books. Revelstoke, says Linda, “was a bit of culture shock. But the beauty of B.C. was breathtaking.” With the dental practice thriving, they started a family. Alicia was born in 1982 and Jessica in 1986.

Eric developed an adventurous side. He learned to scuba-dive in B.C.’s chilly mountain lakes and coastal waters. He got his pilot’s licence in 1983 and bought a sturdy little four-seat plane he came to love as much as the blue ’77 MGB he drove in summers.

Though he mainly flew with a friend, Eric and Linda also did trips to Calgary and the States. “Eric,” says Linda, was “fearless. He was an extremely safe and cautious pilot. But if you asked if anyone wanted to drive in a car with Eric—well, that’s a different ball game,” she laughs. One day, they were flying from Revelstoke to Vancouver. Linda was pregnant. Soon into the flight, mountains surrounding them, the engine sputtered. Eric made an emergency landing in Salmon Arm. Eric, at Linda’s behest, sold the plane.

After 11 years in Revelstoke the Rubys wanted to raise their children in a bigger town. Eric bought the Penticton Dental Clinic in 1987. Eric, who loved Sherlock Holmes novels and books on international affairs, joined the Penticton Rotary Club in 1990. “Children and water,” he once said, were his focus. In his years with the club he helped build parks, playgrounds and a pavilion in Penticton. He also supported international water development projects through Rotary.

Eric worked on both his daughters’ teeth when they were young. “It was extremely traumatic for him,” remembers Jessica. “Which I didn’t realize till later.” Jessica, admitting she tended to cry and holler, says, “ I hated sitting in the dentist chair. Which was ironic, because dad loved being a dentist. He just was so passionate about it.” Six years ago Eric started pioneering sleep dentistry techniques in British Columbia—using custom dental appliances to enhance sleep and deal with issues like snoring and sleep apnea. “He was always steps ahead of most everybody else in his field,” says Linda.

In the last few years Eric was semi-retired, but he professed to Linda while on one of their regular holidays to Mazatlán that he didn’t want to give up dentistry completely—he loved it too much.

The Rubys fell in love with Mazatlán in 1995 and spent stretches of winters there. A close family, Eric, Linda and their daughters spent nearly every morning walking 90 minutes along the long stretches of white-sand beach. They also loved cycling the 21-km malecón skirting the town harbour.

On March 11, at 7:45 a.m., Linda and Eric were biking a quiet route near the Mazatlán marina when Eric was struck from behind and killed by a speeding and texting teen driver. He was 64.