Face to face with a Franklin crew member, 140 years later

From 2014: Brian Spenceley recalls the expedition when he first saw his great-great uncle 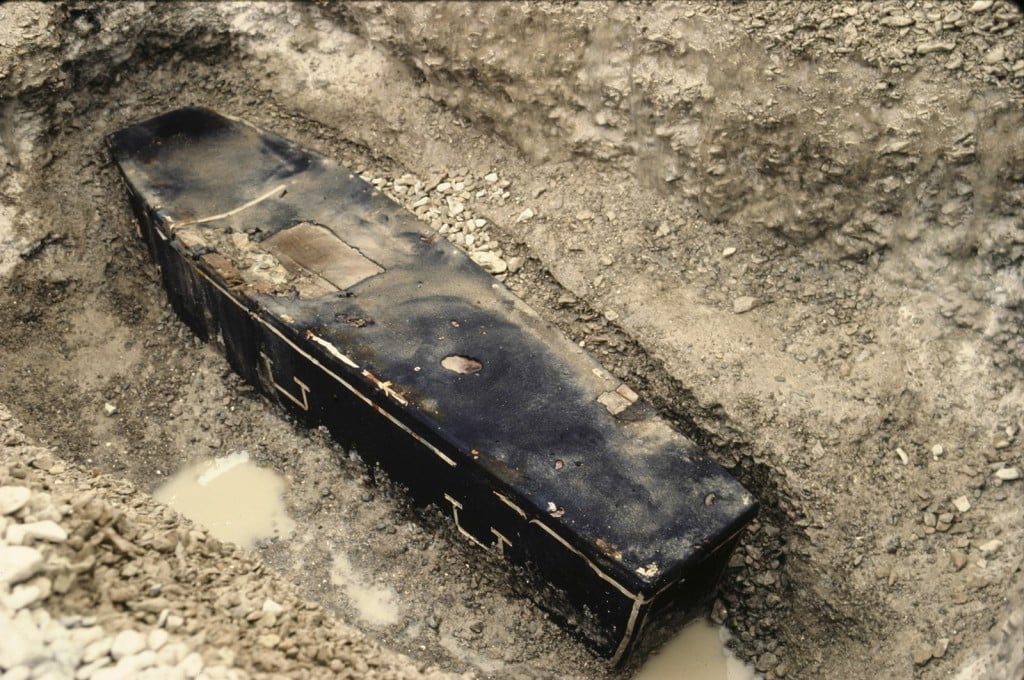 On a crystal-clear day in 1986, Brian Spenceley looked through the murky Arctic ice at the face of his great-great uncle, a man who had died 140 years earlier and whose body held the secrets to one of the greatest naval mysteries of all time.

After a chance meeting with University of Alberta archaeologist Owen Beattie at Lakehead University in Thunder Bay, Ont. Spenceley, then a physics professor, became the official photographer on Beattie’s research trip to Beechey Island, near Resolute Bay, to exhume and autopsy the bodies of three crew members of Sir John Franklin’s doomed 1845 expedition. Beattie was keen to regain support for his research on the expedition after photos taken during a 1984 exhumation on the island had been splashed across the pages of the National Enquirer. “I wanted to go partly because I’d never been to the Arctic,” says Spenceley. “He wanted me to go because he’d have a living breathing descendant and an academic at the same time who was going to restore some of the respectability.” 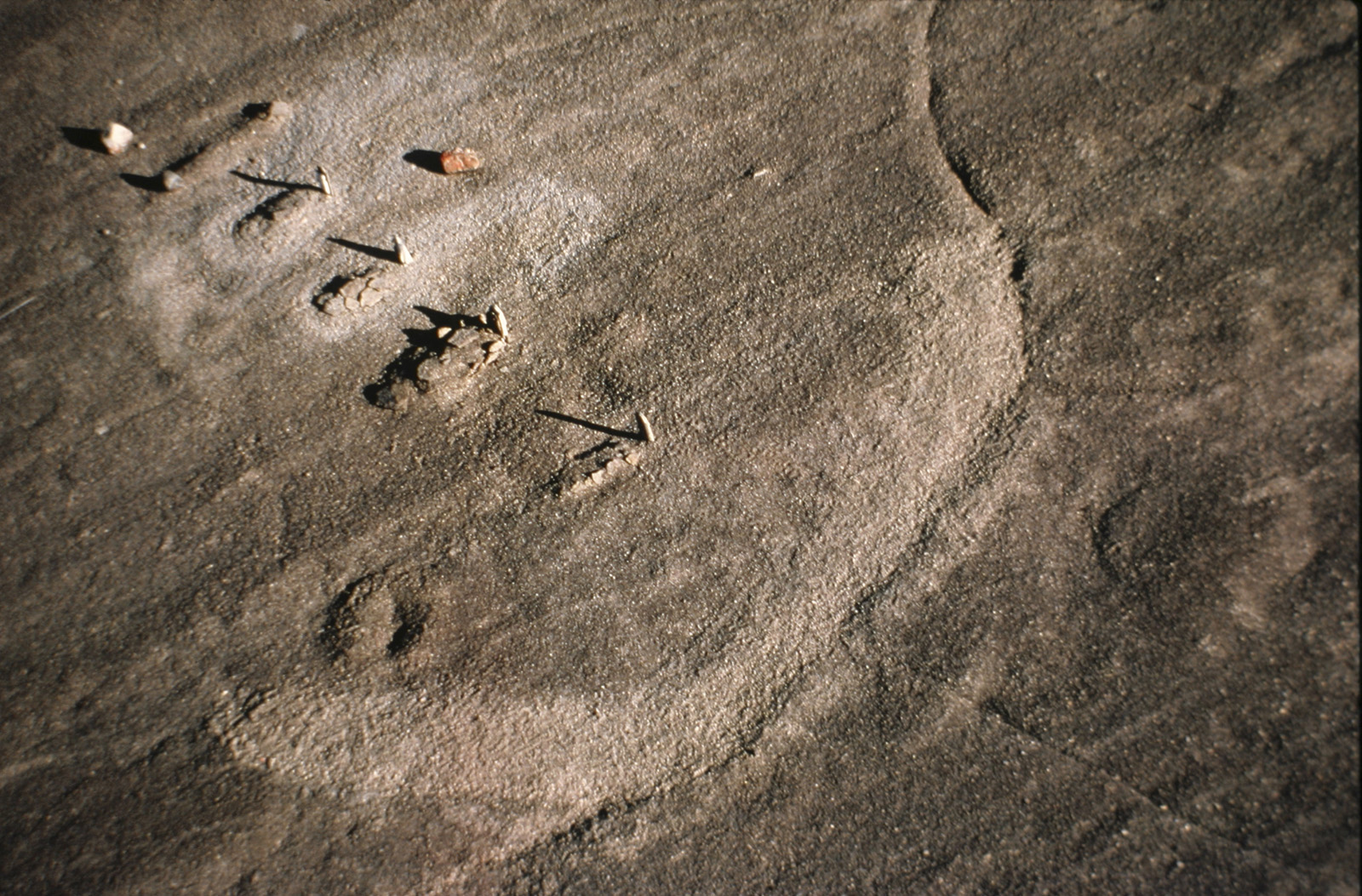 Approaching Beechey Island off the coast of Nunavut (in what was then the Northwest Territories). Three of the graves contain sailors who died during Franklin's expedition to the Northwest Territories. They include Spenceley's great-great uncle, John Hartnell, along with John Torrington and William Braine. A fourth grave is for a crew member of an 1854 expedition that had been searching for the lost Franklin ships. (Brian Spenceley)

Reader note: Some of these images are graphic.

For Spenceley the trip was also a chance to connect with a piece of family history. He had grown up hearing his grandmother’s stories of her two uncles, John and Thomas Hartnell, brothers who had disappeared on Franklin’s ill-fated journey to chart the Northwest Passage. It’s not known how the young brothers came to crew on the HMS Erebus, but their father had been a shipbuilder and the community of Medway, in southeast England, was home to a large dockyard that made ships for the Royal Navy. Nearly everyone in the area had some connection to either the navy or the shipbuilding industry. “If the people weren’t actually sailors then they were working in the dockyards,” says Spenceley. “It would’ve been surprising if they had not been going to sea.”

The eldest brother, John, was a petty officer who was just 25 when he died in the winter of 1846, only six months into the arduous journey. He had been buried in a marked grave alongside 20-year-old seaman John Shaw Torrington and 32-year-old private William Braine. “He was the second to go. Torrington was the first,” Spenceley says. “They were so young and they died quite quickly.”

The graves were covered in several feet of ice that was slowly chipped away with pickaxes. Hartnell’s body had been previously exhumed, likely by an earlier expedition in the 1850s. His coffin had filled with water and had frozen into a solid block of ice, which the group gradually melted with warm water over many hours, starting first with the face.

Hartnell had been buried without pants, but was wearing a shirt embroidered with the letters “T.H.”—his brother’s initials. (Thomas’s body has never been found.) He was evidently respected enough among the crew that they had sewn him a pillow stuffed with wood chips from the coffin. “There was a little frill around the edge filled with these shavings,” says Spenceley. “It was a touching element.”

His body was nearly perfectly preserved, except for scars from an earlier autopsy likely conducted by the ship’s doctor. As he snapped photos, Spenceley studied the face of his lost uncle and recognized the long nose characteristic of his grandmother. “Nobody there had previously been in my situation of literally looking into the eyes of a relative, a great-great uncle who had been dead for 140 years,” he says. “There was not much emotion until we came to bury him again. Then it was overwhelming sadness, as if he had just died and knowing I’d never see him again.”

Beattie’s autopsy investigation revealed important details about how the crew had perished. Hartnell was likely killed by a combination of tuberculosis from the cramped living conditions on the boat and lead poisoning from the tin cans that contained the ship’s food supplies. Beattie concluded that the slow assault on the crew’s brains and bodies from lead poisoning likely played a major role in the expedition’s failure.

At 82, Spenceley has made peace with his connection to the world-famous tragedy and has come far closer than most to understanding its place in Canadian history. Now with the discovery of one of Franklin’s ships, perhaps the rest of the world can finally begin to close the book on the mystery. “I’m delighted, absolutely delighted,” he says of the discovery. “I didn’t think they’d ever do it.”