Their children's lives have gone interrupted for years. Parents are fighting for a return to normalcy.

Hapless political leaders are experiencing the Old Testament wrath of moms and dads. Here's why fed-up parents are on the Maclean's Power List this year. 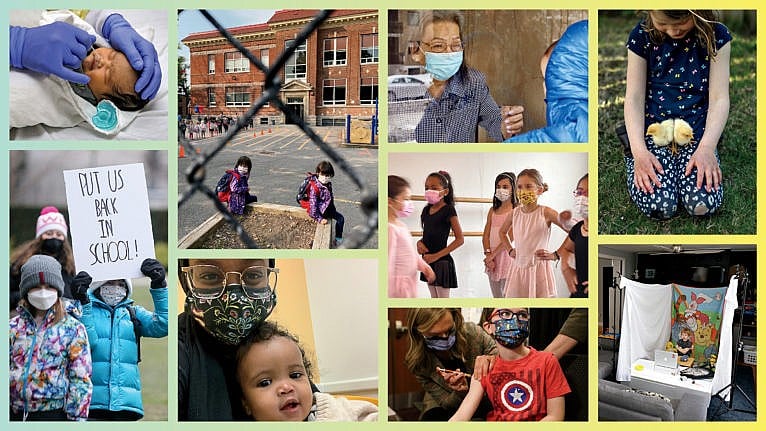 In his stumbles during the spring of 2021, Ontario Premier Doug Ford walked headlong into an under-appreciated and self-renewing natural resource: parental rage. As hospitals exploded with the Delta variant, Ford decided to shut down playgrounds once again, generating a howl of public protest so savage, unified and instantaneous that he walked the idea back immediately. It was not the first time kids had been thrown under the bus during the pandemic, and it would not be the last.

Over the coming year, politicians and leaders of all levels and stripes would do well to remember that tsunami of fury, because at some point someone is going to push parents too far by inflicting yet more craven and cruel decisions on their children, and a massive and motivated voting bloc will snap back with a vengeance.

It is nearly impossible to add up all the losses and strains this demographic of parents has endured. Two entire years and counting of normal childhood have been destroyed. Kids have been deprived of grandparents’ hugs, sports, birthday parties, art classes, playdates, holidays with their extended families and even the basic needs of education and socialization. As time has gone on, the sacrifices children have been forced to make for the rest of society have become more tragic, even as those sacrifices seem less justified by the day. Children in Ontario, in particular—home to the largest voting base in the country—have missed more school than any others in Canada and more than most of the world. Massive damage is the result.

Even cosmic timing has seemed in on the joke. The very week in November that parents of kids aged five to 11 in Canada rejoiced that pediatric vaccines had been finally approved, the Omicron variant obliterated that glimmer of hope with crushing worry and more deprivation.

There are provincial elections coming up in Ontario and Quebec this year, and countless municipal elections are coming across the country, too. Parents will finally get a chance to pass official judgment on the leaders charged with responding to the pandemic. But beyond the voting booth, you can push and punish people—let alone their children—for only so long before you hear from them. Bone-deep exhaustion has so far deadened the response of those who have seen the little people they love most in the world give up too much and then lose even more. Sooner or later, the losses will be too much. Everyone knows what happens to a volcano that’s overdue for eruption.