Our editorial: On our cover this month, we offer a Farsi expression of condolence to illustrate a collective spirit of national devastation after the downing of Flight 752 in Tehran 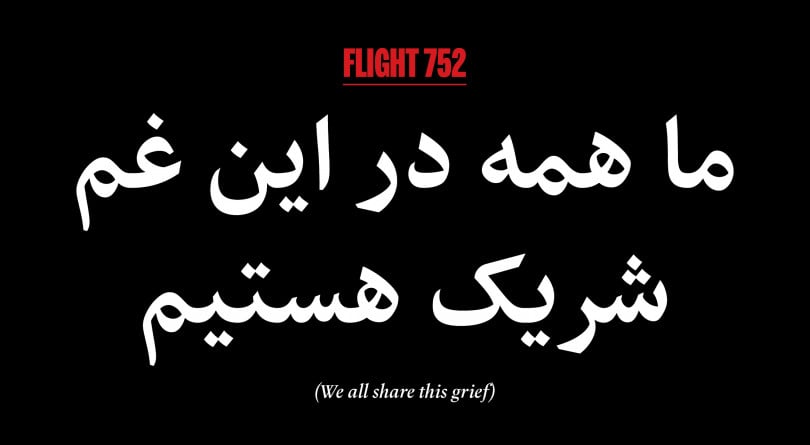 The tragic downing of Ukrainian International Airlines Flight 752 over Tehran in early January offers a sober opportunity to consider what it means to be a Canadian today. And, while what can be found amid the horror is mostly unspeakable pain, its aftermath also provides a hopeful glimpse of a changing nation.

Of the 176 aboard the plane, 57 were Canadian citizens and another 29 were permanent residents. Almost all the passengers were on their way to Canada, and most were of Iranian origin. The flight was a physical reminder of the 210,000-strong Iranian diaspora in Canada. And the links are becoming stronger: last year, Iran was among the top 10 source countries for new permanent residents to Canada (the first step to becoming a citizen) and now accounts for more admissions, on an annual basis, than the United Kingdom. This is how Canada changes.

Here again we can see Canada playing the role of sanctuary. The number of study permits issued by Canada to Iranian citizens has nearly tripled since 2016, largely due to recent U.S. sanctions against international students from Iran and other Muslim countries. 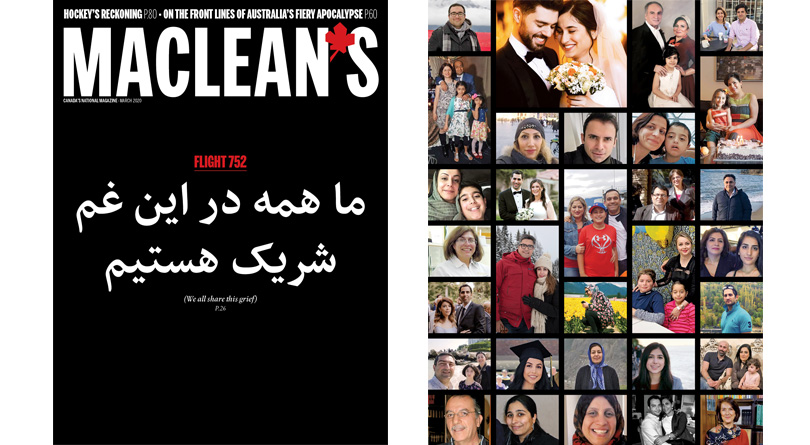 Finally, the plane crash offers an opportunity to reflect on how Canada itself reacts to tragedies. When 329 people, mostly Canadians of Indian origin, were killed in the 1985 Air India bombing off the coast of Ireland, there was no immediate, nationwide outpouring of grief. Then-prime minister Brian Mulroney actually phoned India’s prime minister Rajiv Gandhi to express his condolences, when it should have been the other way around. It has taken several decades, and an apology from former prime minister Stephen Harper, to properly position this event in the national consciousness as the deadliest terrorist attack ever perpetrated against Canadians.

‘Her heart was like the ocean’: Remembering Niloufar Sadr

‘They were both go-getters’: Remembering Arvin Morattab and Aida Farzaneh

This time, as flags flew at half-mast across the country and vigils flickered at university campuses and city squares from coast to coast to coast (in Iqaluit, too), the Prime Minister swiftly and appropriately described the accident as a “terrible loss suffered by Canadians of Iranian origin, but also the entire Canadian fabric.” Added Trudeau: “The country is gutted.” And: “While no words will erase your pain, I want you to know that an entire country is with you.”

On our cover this month, we offer a Farsi expression of condolence. Mâ Hamé dar in gham shareek Hasteem is literally translated as “we are all partners in this grief” or “we all share this grief.” We have chosen these words over other equally moving Iranian expressions of loss because, together with the Farsi speakers and experts we consulted, we thought it best illustrated a collective spirit of national devastation.

A condolence for this grieving country, Canadians all.