Breaking the silence on sexual assault: Frat brothers speak out 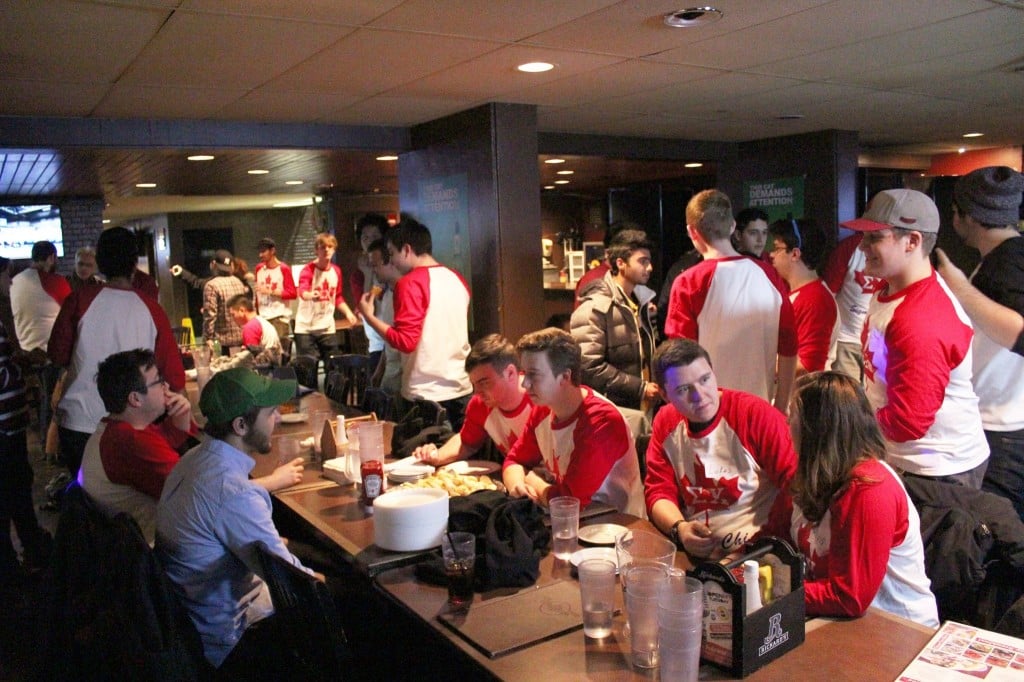 A photo of the University of Waterloo’s chapter of the Sigma Chi fraternity. (Handout)

The boys at the University of Waterloo’s Theta Psi chapter of the Sigma Chi fraternity are well aware of the stereotypes that exist about life in a frat house. “There’s an automatic stigma attached,” says Dominic Aquilina, a brother at Theta Psi, who is completing his bachelor’s degree in computer engineering. “People see the word ‘fraternity’ and automatically think of Animal House, these crazy party boys who have very little respect for women.”

Aquilina and his brothers at Theta Psi, located a couple of blocks from campus, say this couldn’t be further from the truth. “We try to be upstanding gentlemen,” he says. But they wanted to be even better, and bust the myth that frats are bastions of debauchery and misogyny.

After watching the White House’s “It’s On Us” sexual assault awareness YouTube video –featuring celebrities like Jon Hamm and Questlove–they were inspired to create their own. “Sexual assault and rape is happening in our campuses, in our communities and our fraternities … more than anyone wants to acknowledge,” they say in their video, “Break the Silence,” which has over 2,700 views since it was released in November. Their goal is to work with sororities and local women’s groups to get students talking about sexual assault and rape culture as a way to prevent it.

Here are a few tips from Theta Psi for other male students looking to make a change on campus:

1.     Get educated. “We don’t claim to be experts at all on the topic. It’s something we’re relatively new to. It’s an issue we have to be aware of and it’s an issue we have to deal with, but it’s mostly been targeted at females. We understand that we’re not perfect and that we will make mistakes, but we want to make sure we’re informed enough that we can have a reasonable conversation about it. There’s a lot of mixed knowledge floating around, even incorrect information. The best way to get reliable information is to speak to educated professionals, and connect with local women’s groups and shelters.”

2.     Talk about it. “It’s a difficult issue and not a lot of people want to bring it up, if you see your friend harassing a girl at a party or whatever, you might not want to be the guy to step up and say, ‘Come on man, back off.’ You have to take the initiative and do something about it. Start the conversation. That’s what our video was all about, to encourage people to break that silence.”

3.     Strength in numbers. “We’re part of a like-minded organization and it’s helpful to have people around you on the same page. For students who aren’t part of a group like this, it’s going to be a bit more difficult. Maybe try to find other like-minded people, or even people who have a different opinion from you to have a debate with. In the end, you have to take action, and it’s very difficult to do that alone. The more you get involved in this sort of thing, the easier it gets.”

4.     Adjust your behaviour. “You rarely hear about the little things that can make someone feel uncomfortable. For instance, when you are walking down the street at night and you see a woman on the sidewalk, make sure you give her a wide berth to let her know you aren’t threatening. Even if you aren’t going to do anything, it’s still late at night and she might be nervous despite the fact that you haven’t given her a reason to be. We as males don’t really experience this. But it might be terrifying for her to be walking home alone at night. Just be cognizant of that and be sensitive. The things that we are doing unconsciously that don’t have malicious intent can actually make people feel uneasy. Try to find out what those behaviours are and change them.”

5.     Ask for feedback. “If you have female friends with whom you spend a lot of time, ask them if there’s anything they have seen that you do that makes them feel uncomfortable or anything like that. Talk to people to see if there’s anything you can do to make them feel safer. Generally, we have tried to provide a safe environment for the sorority girls and females who enter our chapter, but there are certain things that we could do better. So we’re trying to do that. We have a responsibility not because this is a women’s issue, it’s everyone’s issue.”

This interview has been edited for clarity.