From one bold stand to another: Tommie Smith on Colin Kaepernick

In 2016, Colin Kaepernick chose to sit during the anthem. In 1968, Tommie Smith raised a fist. Smith explains why it's the same fight 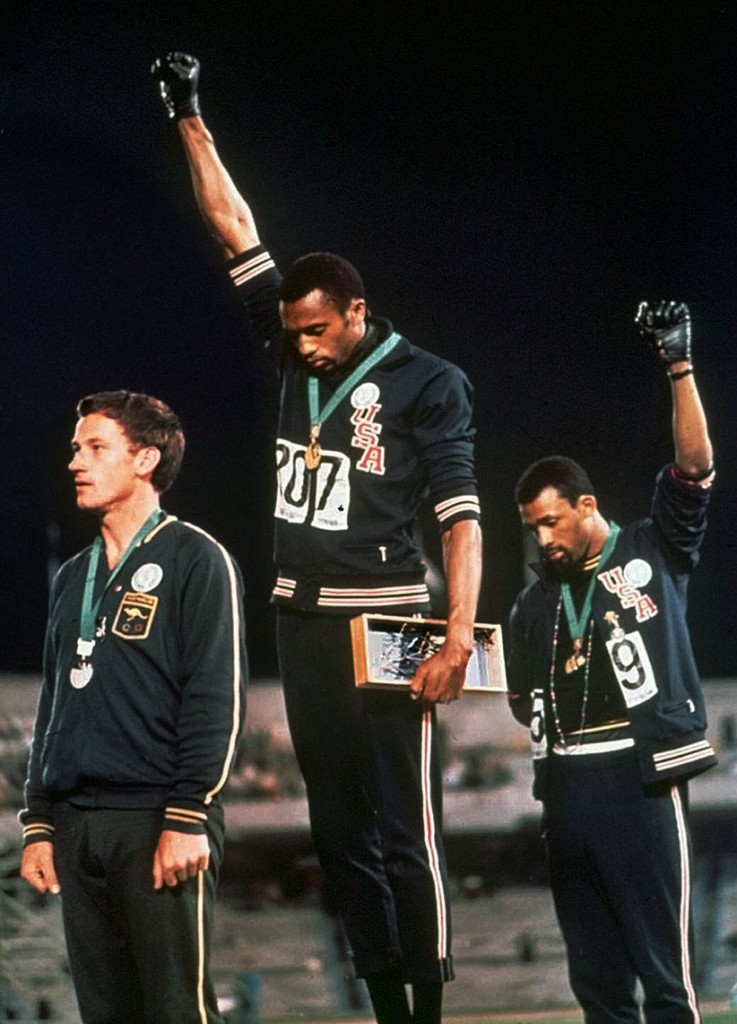 In 1968 file photo, U.S. athletes Tommie Smith, center, and John Carlos, right, stare downward during the playing of the “Star-Spangled Banner” after Smith received the gold and Carlos the bronze for the 200 meter run at the Summer Olympic Games in Mexico City. (AP/CP)

At the 1968 Mexico City Olympics, American track athlete Tommie Smith won the gold medal for the 200-m dash. He and his bronze-medallist teammate, John Carlos, stepped onto the podium, waited for the American anthem to begin to play, then did something unexpected, and game-changing: they raised their arms with black gloves, in protest of racism in America. On Monday, 48 years later, San Francisco 49ers quarterback Colin Kaepernick made a similar statement by sitting during the singing of the national anthem before an NFL preseason game against the Green Bay Packers. In a post-game scrum, he told reporters that he wanted to “make people realize what’s really going on in this country. There are a lot of things that are going on that are unjust, people aren’t being held accountable for, and that’s something that needs to change. This country stands for freedom, liberty, justice for all. And it’s not happening for all right now.”

In the wake of Kaepernick’s act, Maclean’s spoke with Tommie Smith from his home in Stone Mountain, Georgia.

Q: What was your reaction to Colin Kaepernick’s gesture?

A: I viewed it with anticipation of trouble from those who didn’t understand how a rich, young professional football player could make such a statement about reality. Since he was very comfortable in society, some believe he should have kept quiet and received the benefits of professional football and leave his humanhood behind. I don’t feel that way. Colin’s made a very important and a non-volatile statement about the realities of the society in which he lives. I congratulate him and his beliefs of total parity.

Q: How would you compare his statement to your stand at the Olympics in 1968?

A: He is in his prime of his profession. We were not paid to compete in the Olympic games. He is giving up a livelihood possibly, because of his beliefs.

Q: How risky was Kaepernick’s act, compared to yours in 1968?

A: Back in 1968, “danger” was spelled the same way, felt the same way, and it could do the same harm to someone who’s standing out by him or herself against the evolution in racism. Colin said it himself. He said, “I know there’s danger out there, but I’m ready to accept that.” There is a sacrifice. He or she will be redeemed, but there is a chance that redemption might take longer than the life of the person making the stand. 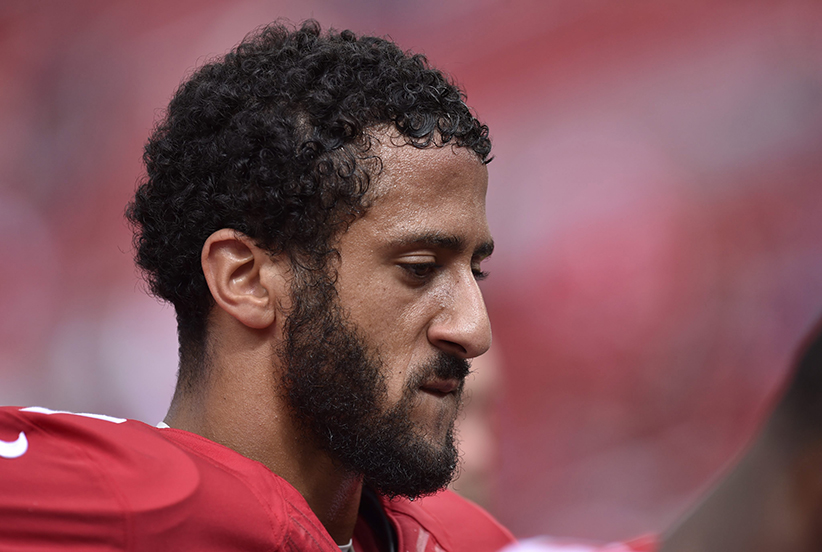 Q: Reflecting on the past 50 years, what impact did your statement have?

A: That was the first time the Olympics were live on television. It has had a paramount effect in moving a direction of proactivity. People might view that as a militant act because all they’ve heard is that it was a Black Power salute. Tommie Smith has never called it a Black Power salute. That’s from people who needed a reason to be mad. That was my Olympic project for human rights. That was a cry for freedom. That was a victory stand. It showed elegance, the hand covered in a black glove to show the power in humans to provide the strength of a nation. I understand that it scared folks, but I never said a word about what it meant at that particular time. It was in the eyes of the beholder. I was 24. It was a feeling of the heart to do what was necessary because I was the fastest man on Earth, and I had something to say.

Q: Do you think athletes at the Rio Olympics should have used their publicity to make statements?

A: No, I don’t think it’s necessary to go to any game to make a stand just because you are there. The stand is made from the heart, and you can do that in the grocery store.

Q: Some say it’s disrespectful to sit down during the national anthem. What do you think?

A: I don’t think he sat down to eradicate the pride of the flag. There are problems in a system that carries the flag and doesn’t address the needs under that flag. America’s a great country—you better believe it’s a great country, one of the greatest on this planet—but even the greatest needs to pay attention. I wish the powerful sources that run this country could understand that. Don’t take him down because he’s the only one on that victory stand, or that platform in his case.

A: Let me say one and it will cover all: death. I could deal with them coming to the house, but telephone calls or notes thrown through your window saying, “You will die tomorrow,” or, “Go back to Africa. Here is a ticket.” They would send mock tickets with rocks through the window. One rock nearly hit my son. I was married when I was a senior in college, and a rock missed my son by an inch as he laid in his night crib, sleeping.

Q: Donald Trump has spoken out against Kaepernick’s decision to stay seated, saying that “maybe he should find a country that works better for him.” What would you say if you met Donald Trump?

A: “Hi Donald. How are you?” I have no hate for the man. The man hates himself because he can’t get what he wants because he already has everything. I would not educate Donald Trump. He is a very educated man.

Q: If you met Colin Kaepernick, what would you say?

A: I know what this young man is going through. The eradication of stupidity takes sacrifices sometimes, and this time, Colin said himself: “I hope people hear me because I have something to say. I’m not out there to hurt anybody.” I’m 72 now. You’ve got two people here that are fighting for the same thing, a half a century apart.