Ceremony will begin at 2 p.m. ET at Mary Queen of the World Cathedral 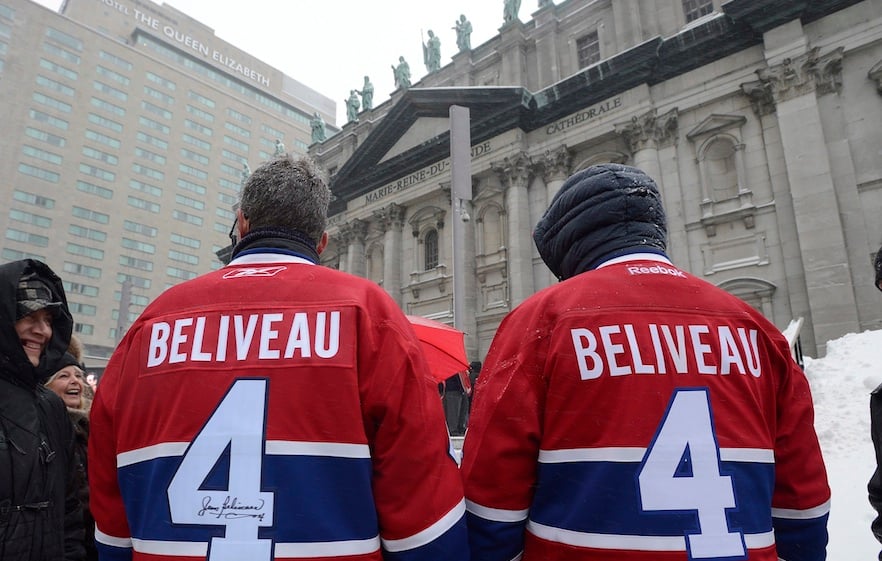 MONTREAL — A funeral procession is underway in Montreal as it heads toward a downtown church where dignitaries, ex-teammates and fans will attend a service to pay tribute to hockey icon Jean Beliveau.

The ceremony is set to begin at 2 p.m. ET at Mary Queen of the World Cathedral and will be presided over by the Archbishop of Montreal, Christian Lepine.

NHL commissioner Gary Bettman was among those who travelled to Montreal for the funeral.

“He was just great to be around,” Bettman told reporters before the service. “And he’s going to be terribly missed.”

He was asked about suggestions that the Conn Smythe Tophy could eventually be named after Beliveau.

“We’ve been focused more on his passing and that loss and celebrating his life and I know at the appropriate time we’ll focus on what is a remembrance fitting for someone like Jean Beliveau,” Bettman said.

Prime Minister Stephen Harper, Gov. Gen. David Johnston and Quebec Premier Philippe Couillard will be among the dignitaries at the service.

Others spotted at the church were former prime minister Jean Chretien and ex-Quebec premiers Jean Charest and Bernard Landry.

A few hundred seats will be reserved for fans on a first come, first served basis. Those who cannot get inside will be able to watch the ceremony on giant screens nearby.

Montreal police, who have been wearing camouflage pants and red ballcaps in recent months to protest pension plan reforms, have said they will wear their regulation uniforms out of respect for Beliveau.

Beliveau won the Stanley Cup 10 times as a player and seven more as a team executive. He entered the Hockey Hall of Fame the year after his retirement in 1971.

Thousands of people filed into the Bell Centre on Sunday and Monday to pay tribute to Beliveau and shake hands with his wife, Elise.

On Tuesday night, the Canadiens honoured Beliveau before their game against the Vancouver Canucks.