A veteran radio host who loved the slopes, his passion for the outdoors spilled over into his work 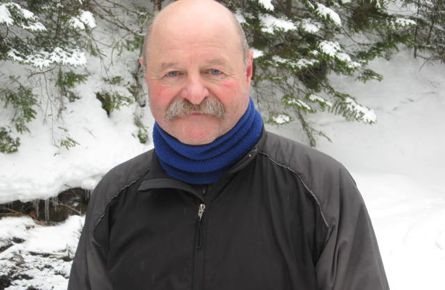 Gary Brian Mittelholtz was born on May 28, 1954, in Toronto, Ont., the only child of Norbert Mittelholtz, the owner-operator of a metal fabrication plant, and his wife Irene, who did clerical work. An approachable, easy-going boy with blond hair and blue eyes, Gary became fast friends with the other boys on the street in Etobicoke, where he grew up. Despite his protestations on the first day of school, before long, says friend Drew Palin, “you couldn’t keep him away from the place.” From a young age, he lived up to his surname, which is German for “middle of the woods.” At his family’s cottage on Otter Lake, near Parry Sound, Ont., he learned to snowmobile, swim and fish—but skiing was his favourite.

Gary met Teresa Bruce when he was still a teenager. Teresa, who attended a nearby high school, says she was drawn to his gentle demeanor, and the way in which his receding hairline made him look “like a little man.” He had gone on a few dates with one of her friends, but that relationship never got off the ground. “I stole him,” she jokes. Though he wasn’t the type to gush, it was obvious he was smitten with Teresa, who became “an expansion of [our] group,” says Drew. Gary took her to dances, and coaxed her onto the slopes. “I was afraid,” she says, “but he’d always try and get me to go.” He proposed over a dinner in Dec. 1975; two years later, they were married.

After high school, Gary settled on broadcast journalism. It was an obvious choice for Gary, who, as a child, had conducted mock radio interviews; in elementary school, he strung up antennas in the backyard to pick up signals from around the world on his short-wave radio. He took a few courses at the University of Toronto before enrolling in the radio and television program at Ryerson Polytechnic, which helped land him a job as a radio technician at the CBC. But he yearned to be on-air, and in 1982, he got his first hosting gig in Thompson, Man., on the CBC program North Country. His family, which by then had grown to include daughters Christine and Erin (sons Brendan and Rory followed shortly after), spent summers on Otter Lake, winding down in the boathouse sauna before dinner. In the winter, Gary taught the girls to downhill ski, supporting them from behind as they held the rope tow on the bunny hill at nearby Mystery Mountain.

Sensing that if he stayed in Thompson for too long “he might get stuck,” says Teresa, Gary accepted a job in Saint John, N.B., co-hosting The Rolling Home Show, which later became Mainstreet. Gary impressed his listeners and colleagues with his “quiet professionalism” and warm, gentle voice, says retired CBC producer Harvey McLeod. “He sounded like someone sitting next to you, having a cup of tea.” And though he could be prone to fits of laughter, which would leave him red-faced, with tears streaming down his cheeks—on one occasion, just before a live interview with a nun—he always regained his composure in time.

The Saint John area provided plenty of opportunity for outdoor exploration. Gary went cross-country skiing on the trails behind the family’s home in Grand Bay-Westfield, a rural town about 20 minutes outside the city, and became familiar with the picturesque backcountry of Goshen, near Sussex, N.B. When the kids were growing up, he struck a deal with Poley Mountain: for several seasons, in exchange for season passes, he rigged up a transmitter to broadcast pre-recorded information about the hill to drivers through their car radios. Though he was “not happy to see the snow go,” says Christine, Gary enjoyed summers too, kayaking on the Saint John River, running marathons and taking the family to the cottage on Otter Lake.

His love of nature often spilled into his professional life. Gary constantly pitched stories that involved the outdoors—everything from tracking the salmon run to exploring caves. In 2007, he began documenting his adventures on his podcast, Doing Stuff Outdoors, introducing himself to listeners as “Gary the outdoors guy.” A bit of a perfectionist, he waited until he found the right music for the opening before airing the first episode. (A song his son Brendan wrote eventually made the cut.)

In Dec. 2008, after changes at the CBC ended Gary’s run on Mainstreet, he retired. He bought the River Valley News, fulfilling the promise he’d made to the previous owner before she died. When he left home, it was rarely without a camera (in case he stumbled upon something newsworthy), and he spent hours on the computer in the basement, meticulously laying out pages. Gary forged strong bonds with grandkids Ava and Will, and took to the backcountry trails with his skiing buddies almost daily. Every spring, as the snow in New Brunswick melted, they’d travel to the Chic-Choc Mountains in Quebec’s Gaspé Peninsula to extend the ski seasons, says friend and fellow skier Carl Dyker.

He recorded the March 3 edition of Doing Stuff Outdoors a few days early because, as he told listeners, he was getting ready for some hut-to-hut skiing in the Chic-Chocs, which he described as “real backcountry.” He documented the adventure thoroughly; Brendan suspects he had enough tape for “several episodes.” But the next program never made it to air. On March 13, Gary was cross-country skiing with his buddies on the trails in Goshen. It was a nice day, and Gary had threatened to take a nap in the snow. So when he collapsed, his friends thought he was just joking around. But they soon realized he was in trouble. Gary had suffered a massive heart attack. He was 55.