Their time in the spotlight is over. Please welcome the cutthroat Gen Z. 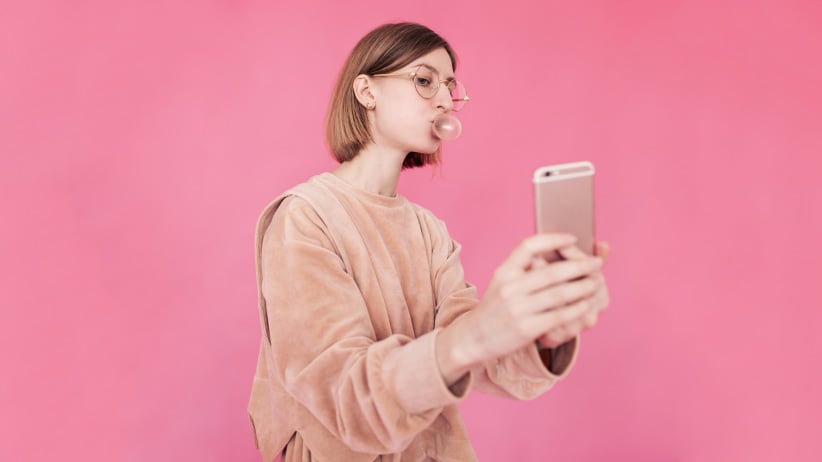 Move over Millennials, there’s a new generation of kids in the workplace. Employers have spent the past few years trying to figure out what the cohort born in the 1980s and 1990s wanted out of a job, and with good reason—Millennials will make up three-quarters of the workforce by 2025, according to Deloitte. But the bulk of the Millennial contingent are now past entry-level age. Replacing them as the freshest faces in the office is Generation Z, people born in the late ’90s and early 2000s.

The rise of the office Millennial perplexed older managers, creating a growth industry. Self-described Millennial consultants were happy to tell you how to attract, motivate and retain members of the generation—for a not-so-modest fee, of course. Companies paid as much as $20,000 an hour—in one headline-grabbing case—for what often amounted to regurgitated stereotypes. (At least one popular “Millennial” media talking head, comedian Dan Nainan, turned out to be a sprightly 56 years old, proving you’re never too old to play pretend.) Not to be outdone, some high school students have now set up their own generational consulting practices. For example, Jonah Stillman, an 18-year-old plaid-wearing paid public speaker, opines that 72 per cent of Gen Z are “competitive with those doing the same job.”

READ: Get ready for Generation Z

What these generational representatives will probably tell you is that kids these days are nothing like their immediate elders. Where Millennials were searching for meaningful toil, Gen Z are money-minded. The former like working together; the latter believe it’s every entry-level drone for themselves. Raised on participation trophies and gold stars, Millennials would rather focus on what they’re good at; having seen how cutthroat the economy can be during the most recent downturn, Gen Z are more open to working on their faults. (Those bon mots come courtesy of the SmartTribes Institute, a leadership consultancy.)

If the generalizations about this cohort are true, managers might find today’s young ’uns easier to direct. Gen Z appreciate order and structure, value predictability and have a strong work ethic, according to office furniture maker Knoll. So they may be open to a boss-knows-best culture. Another silver lining: Kids these days are comparatively square, with only 20.6 per cent of respondents to the 2015 Canadian Tobacco, Alcohol and Drugs Survey aged 15-19 copping to consuming cannabis in the previous year, two percentage points lower than two years prior. When recreational marijuana becomes legal next year, it’ll be Gen Xers and the Baby Boomers in the office demanding toke breaks—use rates among those 45 and older grew between 2002 to 2012, even as it shrank among youth, per Statistics Canada data.

They’re not perfect little workerbots, however. Office elders found Millennials’ desire for work-life balance particularly irritating, thwarting the cycle of long hours and dues-paying on which the corporate world has long relied. Generation Z has a similar outlook—half the attendees at Ernst & Young’s 2017 International Intern Leadership Conference listed schedule flexibility as a priority when evaluating an employer.

Or maybe not—only seven per cent ranked pliable work hours as a top concern in a survey two years earlier by Adecco Staffing USA. That’s part of the problem with any attempt to understand workers as a generation: depending on how you pick your cherries, you can make any conclusion sound convincing. A competitive salary matters to members of Gen Z (it’s a top-three priority, per a 2016 Monster study), but it also doesn’t (six per cent rated it top in the Adecco survey). They’d prefer to spend a long career with a single company (60 per cent, according to the Institute for Corporate Productivity), or maybe they want to hop jobs (83 per cent say three years or less is long enough in a first position, per Adecco).

READ: 10 surprising (and not so surprising) facts about Millennials

Organizations can be certain Generation Z will share similarities with previous cohorts: young employees will be more technologically savvy and better educated than older ones, and they’ll want to move up the corporate ladder quickly. And incomes will be tied as much to macroeconomic conditions as to individual workers’ productivity—the stagnant wages and cratering job security of recent years didn’t happen because of Millennials, but to them.

Oh, and this: older workers will see their youngest colleagues as ne’er-do-wells—even if they were the most recent targets of that grumbling themselves. In a 2017 survey by APPrise Mobile, Millennial managers were the most likely to believe that Gen Z would make company culture worse. Welcome to the workforce, kids.