The latest twist in the Jian Ghomeshi case

Another development in the case of Jian Ghomeshi sees a potential deal reached between the Crown, defendant and complainant 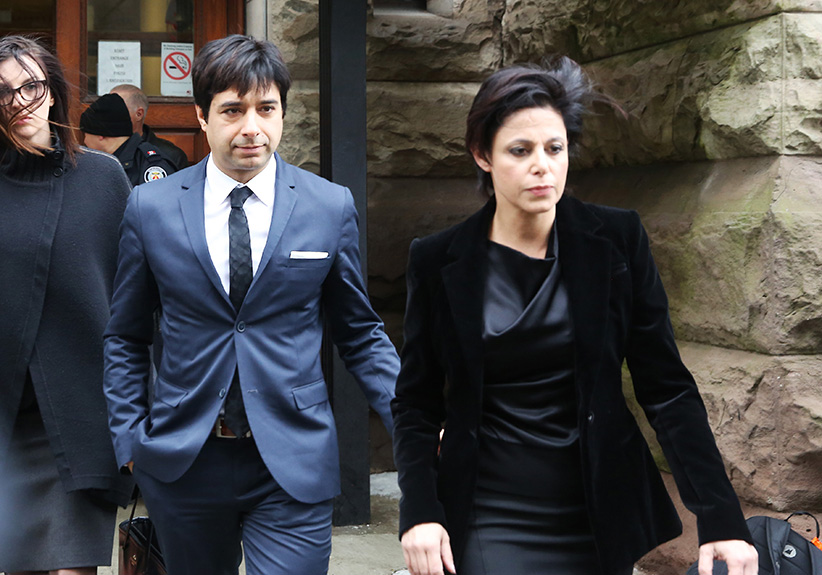 In a final surprise twist in a criminal case chock-a-block with them, Maclean’s has learned that an arrangement was reached today by the Crown, Ghomeshi’s lawyers and the complainant, whose name is protected by publication ban: the final charge of sexual assault facing Ghomeshi—arising from the allegation that the former CBC radio host groped and rubbed himself against a former producer on his program Q in 2008—will be withdrawn. Ghomeshi is slated to appear in Old City Hall on Wed. May 11 at 10 a.m. where Crown attorney Michael Callaghan will lay out the charges against Ghomeshi, Regional Senior Justice Timothy Lipson will impose a peace bond  under section 810 of the Criminal Code to be signed by Ghomeshi; under it, Ghomeshi will have no criminal record if he follows certain conditions, among them “keeping the peace” and keeping distance from the complainant, typically for a year. It is also expected that Ghomeshi will deliver a statement to the court acknowledging his behaviour and expressing remorse.

As of late Monday afternoon, the Ministry of the Attorney General would not confirm that the case could be settled without a trial.  “The ministry does not comment on criminal cases before the courts, other than in court on the record,” ministry spokesman Brendan Crawley told Maclean’s in an email.

Such deals are “not uncommon,” says Toronto lawyer Jonathan Rosenthal, who notes they sidestep the cost and risks involved in court cases. “Crowns can use their discretion to divert cases from the formal process,” he says. “They can ask defendants for a public apology, or to provide restitution, or to attend treatment programs.” Such negotiations go down a number of ways, says Rosenthal—”It could be a discussion between the defence and Crown, or a discussion with complainant’s lawyer saying, ‘Would your client be agreeable to this?’ ”

The development, no doubt, will stoke more controversy. Some will surely express frustration, even anger, that Ghomeshi will not be subject to  judicial due process; others will claim the charges against him were weak and the result of a police and social media witch-hunt. Ghomeshi’s now-cancelled second trial, scheduled to begin June 6, was different in several aspects from the first, in which he was acquitted on four counts of sexual assault and one of overcoming resistance by choking.  The alleged assault took place at the CBC,  in a professional, not social context. A witness, another CBC employee, was expected to testify. The CBC’s own internal investigation, headed by Janice Rubin, a lawyer, revealed several CBC employees “had knowledge of” these events. Ghomeshi himself, Rubin’s report ruled, was “considered to create an intimidating, humiliating, hostile or offensive work environment.” And there was a risk for Ghomeshi;  if convicted, he could have landed on a sex offender registry. That being said, the conviction rate in sexual assault cases is minuscule compared to other crimes.

Ghomeshi’s last public utterance, in October 2014, was a Facebook post in which he described his firing from the CBC as arising from “a campaign of false allegations pursued by a jilted ex girlfriend and a freelance writer.”  Only those in the courtroom, where recording devices are not allowed, will hear his once-famous voice on Wednesday, if he speaks. And if he does, it will be a rehearsal of sorts for the path ahead of him.  R v. Ghomeshi may be over in the courts, but it’s far from an end in terms of its social and cultural aftershocks.

Correction: This post has been updated to reflect the fact that Regional Senior Justice Timothy Lipson, Ontario Court of Justice will preside.