He was drawn to field hockey the moment he picked up a stick. He played internationally while working summers at a fishing lodge. 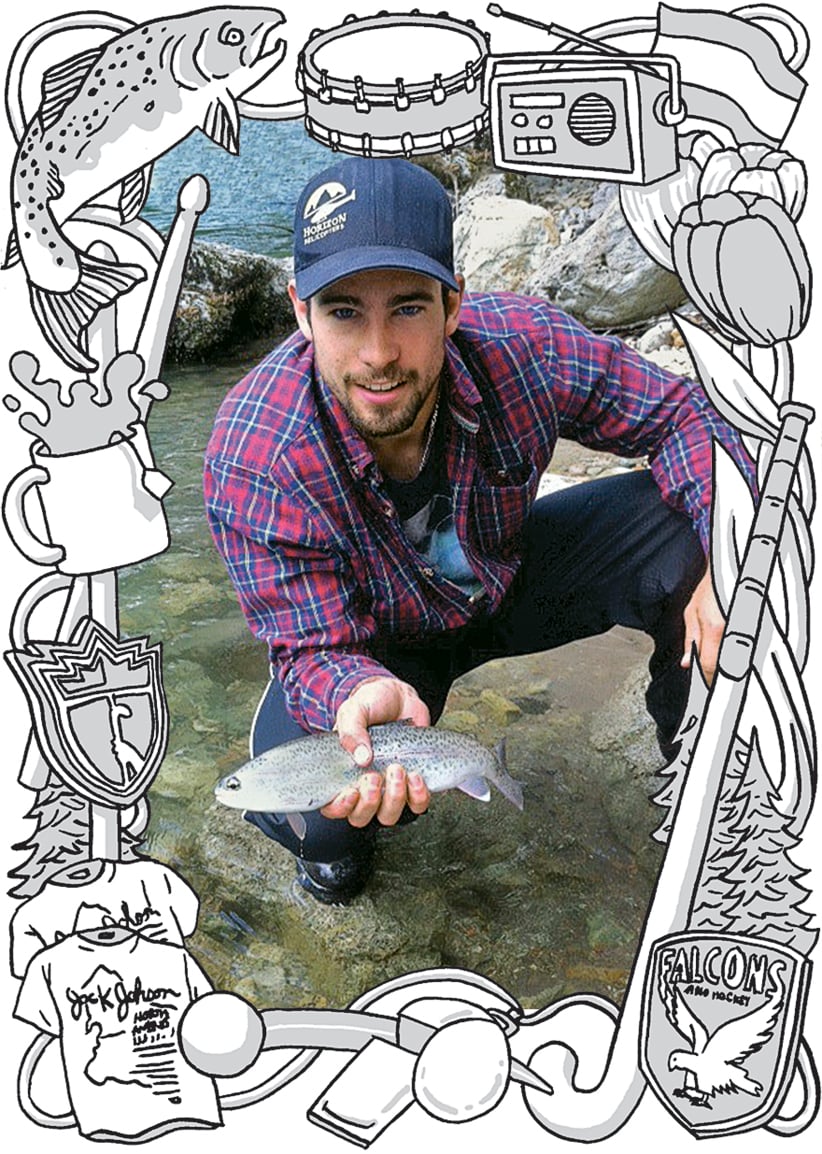 Graeme Gordon Carswell was born on May 10, 1994, in New Westminster, B.C., to Kim, a commercial helicopter pilot, and Kathleen, an office administrator. Graeme had an older sister, Alana, and the family moved often in the early years for Kim’s work, before settling down in Tsawwassen, B.C. in 1999.

Graeme played baseball, lacrosse and soccer, but was immediately drawn to field hockey when he picked up a stick at age of seven. At home, he would hit balls up and down the hallway; pretty soon, the family placed an old carpet on the cement driveway for him to practise drag flicks (a shooting technique) on an outdoor net. “You’d hear the garage door being banged in,” Alana says.

Graeme and his sister would often play together, but, as siblings do, would often get into arguments. To diffuse the situation, “Mom would make us hold hands with our feet touching and we’d have to rock back and forth to I Will Remember You by Sarah McLachlan,” Alana laughs. “We hated it, but then we’d start playing again.”

The Carswell home was often full of music. Graeme took piano lessons, but was more enticed by the drums. “If the radio was on, he’d always be tapping his fingers on the table,” Kathleen says. For a Grade 5 assignment, Graeme wrote about his goal to buy a drum set with his own money and why it was a good idea. Learning the drums would improve his hand-eye coordination and teach him more about music, he wrote. He even put down a few self-imposed ground rules: “I will only use the drumsticks for drumming and not for beating Alana,” Kathleen laughs as she reads Graeme’s paper. “I might practise with Alana because she can play White Stripes’ Seven Nation Army on her bass and I could play the drums.”

Graeme was given a small electronic drum kit soon afterwards, before getting a full drum set for his 16th birthday. He started a band with a few friends, the Centennials, named after the nearby Centennial Beach, where he and his friends would go skimboarding. The band would practise most weekends, often taking a break around 10 p.m. to drink tea, before getting back to the music. They performed in school talent shows and, for a block party, played from the top of the family’s flat-roofed garage.

Graeme and his sister would often go to concerts together. Once, after being accidentally separated at a Jack Johnson show, they found each other only to discover both bought the exact same concert T-shirt. It started a tradition of the siblings buying the same T-shirt for all the concerts they attended together, be it Keith Urban or Little Big Town.

Graeme continued to excel at field hockey, travelling for tournaments as part of youth provincial teams. After high school, he enrolled at the University of Victoria to study engineering, where he joined the varsity field hockey team. He would still come home on weekends to practice with the under-21 junior national squad.

Recognizing his focus was more on sports than studies, Graeme opted to take a year off from university to focus on field hockey. For work, he got a summer job at a fishing lodge in Haida Gwaii. When he wasn’t out on the boat, Graeme could be found fishing off the dock. “He got really good at filleting fish and presenting them,” Kim says. “They would be works of art.” Fishing quickly became a new passion, and upon his return from the summer away, he’d go out freshwater fishing with friends.

In August 2014, Graeme moved to the Netherlands when he was asked to play with a high-level field hockey team. There, he coached multiple youth teams on the side. The following summer, Graeme returned to B.C. to work again at the fishing lodge, but went back to Holland in the fall of 2015 for more field hockey.

By 2016, Graeme decided to come home and start classes at Kwantlan Polytechnic University in Richmond, B.C., with the plan of using the semester to improve his grades and apply at the University of Victoria for biomedical engineering.

On Feb. 14, Graeme was out with a friend fishing for steelhead trout in the Chilliwack River. As he was standing in the water wearing hip waders, Graeme slipped and was swept away by the current. He was found several kilometres downstream, unresponsive, and couldn’t be resuscitated. He was 21.