A gentle soul and an avid photographer, he loved nature and began cycling across Canada for an environmental charity 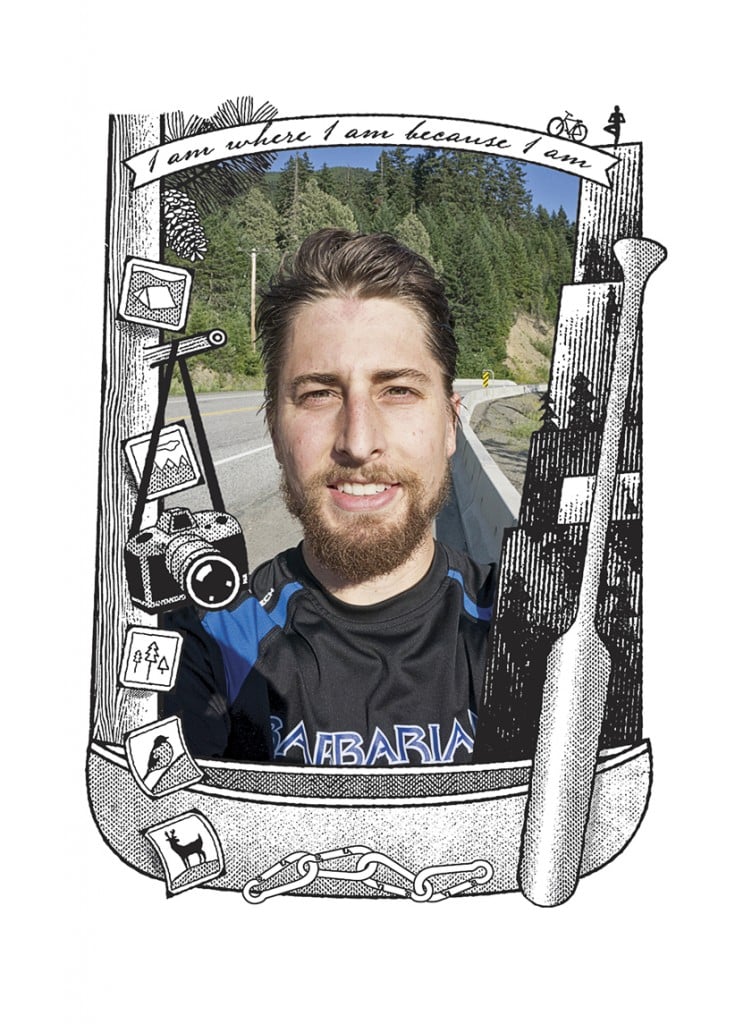 Graeme Steven Loader was born on Oct. 23, 1989, in Richmond Hill, Ont., to Paul Loader, the owner of a fence and deck company, and Sierra Waters, a shamanic healer and life coach. He was the family’s third child, following brothers Daniel and Michael and preceding his sister, Rachael. Graeme was a small baby, and his mother remembers his birth being easy. “It was like, even then, he was so gentle and considerate, he didn’t want to take up too much room,” says Sierra.

From a young age, Graeme loved the outdoors. At least three times a year, the Loaders would go on camping trips, bringing the kids as soon as they were two years old. Sierra remembers laughing as the young children tottered and toppled under the weight of their packs. He became a proficient camper, enjoying canoeing and climbing.

He was an inquisitive child who collected coins, just as his grandfather did, and loved to explore. “We used to watch our dad play rugby, and we would walk into the cornfield nearby and start looking for what we’d call treasure,” says Rachael. Inspired by his dad, Graeme later took up rugby—one of several ways he took after his father. Paul was also an avid photographer and, when he gave his son his first camera, Graeme’s love of photography took off. He decided to study photography after high school, and graduated from Seneca College in the field in 2011, specializing in shots of the wilderness that he loved. “I gave him his first lessons, but he certainly surpassed me,” says Paul. Though Paul and Sierra separated in 1995, the family remained tight-knit.

From his mother, Graeme learned how to be spiritual. He was able to meditate by the age of five. He became something of an old soul, loving music—especially the blues—and gaining a reflective world view. “The way he talked about life, it was as if he had so much experience that he was from a different time,” says Rachael. He was able to make easy and genuine connections with people, be they his siblings’ friends or elderly strangers in a line at Tim Hortons; just as he was fearless in adventures, he was fearless in approaching people to really get to know them.

Graeme picked up new skills quickly. On a recent whitewater canoeing trip, Paul was struck by the fact that Graeme was nimbly riding the rapids after just a few hours of training. And, just a few years ago, Graeme embarked on his first solo trip to Algonquin Park. “He was completely fearless. You couldn’t stop him; if he wanted to do something, he’d find a way to do it,” says Rachael.

Over a year ago, Graeme announced that he wanted to do a cross-country bike ride, which was especially surprising to his family because he wasn’t a particularly avid cyclist. But he assuaged his parents with constant practice, months-long research and a clear plan and route. Though the trip’s mission was initially just to take photos, he decided to add a charity aspect to it, choosing to raise money for the World Wildlife Fund, an environmental group that aligned with his philosophies. In mid-July, he set out from Vancouver to start his eastward ride. “He showed me articles and blogs of people going town to town, showing places to stay and eat, and I felt less fearful about his trip,” says Sierra. “And he met a lot of good people on the way.”

Two weeks into his trip, at a hostel in Nelson, B.C., he met Ugne Sabaliauskas, a 22-year-old science student at the University of Saskatchewan, who was in town for a music festival. As was his way, he struck up a conversation with her, and she was smitten by his ambition and sincerity. They stayed up all night talking, and Graeme made plans to spend time with her in Saskatoon for a weekend, which ended up being a 10-day visit. “He was like no one I had ever met before,” she says. “It was as close to the real thing as I’ve ever felt.” They agreed to pursue a relationship once the trip was done.

On Sept. 1—Day 49 of his trip—Graeme had made it to Manitoba, riding along the Trans-Canada Highway. In the afternoon, he penned a Facebook status about the kindness of the strangers he’d met along the way. “I’ve been repeating a phrase that popped into my head this morning. ‘I am where I am because I am,’ ” he wrote, punctuating his post with a simple final line: “Love this planet.” That evening, two kilometres before reaching Brandon, Man., an SUV struck him from behind, killing him on impact. He was 24.