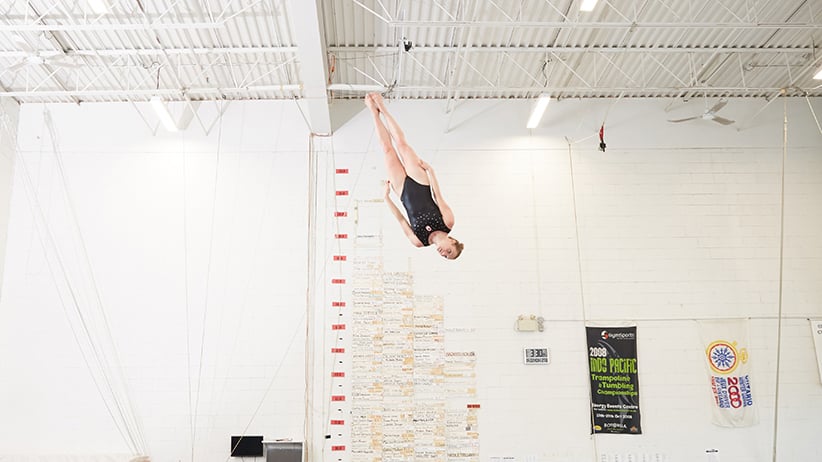 OTTAWA — Rosie MacLennan, the star gymnast who won Canada’s lone gold medal in London four years ago, will carry the Maple Leaf into the opening ceremony at next month’s Rio Olympics.

“All of our extraordinary athletes embody the motto of the Olympics — swifter, higher stronger,” said Trudeau. “Our flag-bearer certainly does, but I guess we’d put a particular emphasis on the higher for this particular athlete.”

MacLennan said carrying the flag was a dream come true.

“As I grew up, I was captivated by the values that the Olympic movement stands for — that pursuit of excellence, respect and the celebration of humanity,” she said.

“Standing here, going into my third Games, I’m filled with so much pride and so much gratitude that words can’t even begin to describe it,” she added.

Triathlete Simon Whitfield carried the flag into the stadium four years ago in London.

It’s been a challenging lead-up for the 27-year-old MacLennan.

Her training was derailed last fall due to a concussion.

She went on to book her ticket to Rio with a fourth-place finish at November’s world championship. 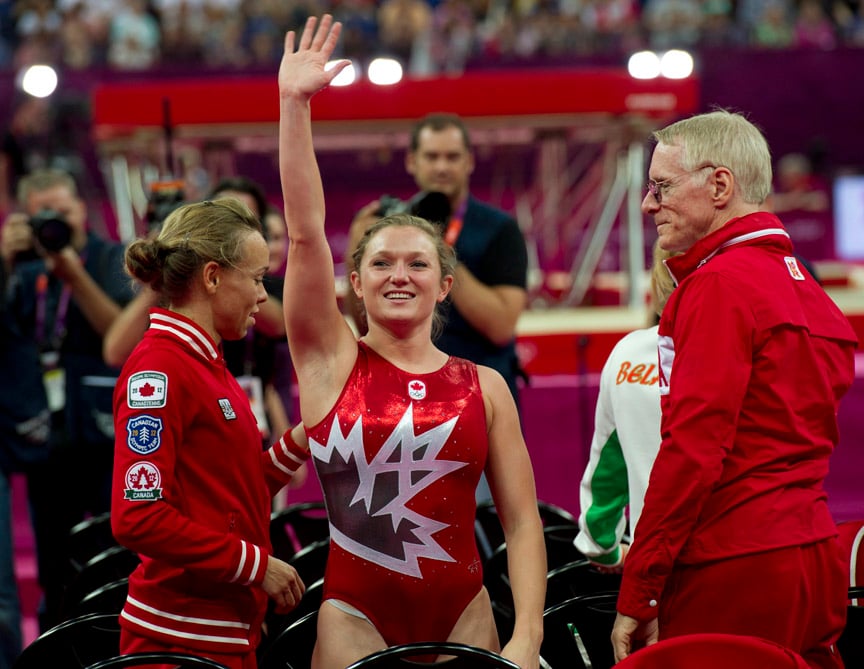 MacLennan says she’s feeling healthy again and is ready to defend her title in Brazil.

The Canadian packs a lot of power in her taut five-foot-two frame and uses it to get those precious extra split-seconds in the air. Her twists, flips and somersaults appear effortless and have a smooth fluidity.

She made her first world championship appearance in 2005 and won bronze two years later. She earned Pan Am silver at the 2007 Games in Rio and finished seventh in her Olympic debut at the 2008 Beijing Games.

She showed her London win was no fluke by taking her first world title in 2013 and adding silver the following year. Last summer, she captured gold in front of a hometown crowd at the Toronto Pan Am Games.

The Rio Olympics open Aug. 5. Canada will be sending a team of more than 300 athletes with the goal of surpassing the 18 medals it won four years ago.