He led Canada to victory in the Great War. Why did the troops dislike him? 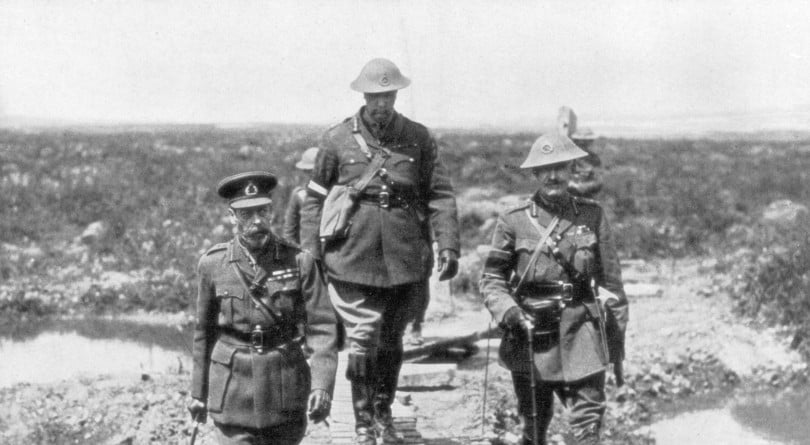 Arthur Currie is widely considered to be the nation’s greatest military leader. The militia officer had led an artillery regiment in Victoria B.C., and he became a brigade commander at Valcartier when the First Contingent mobilized in the late summer of 1914. Currie led his brigade through the gas attack at Ypres and the difficult battles that followed, and he took command of the First Canadian Division in September 1915.  He commanded his division through the terrible Somme fighting in 1916 and in the taking of Vimy Ridge in April 1917. When Sir Julian Byng, the Canadian Corps commander from 1916, was promoted, Currie, now a lieutenant-general and knighted, took over the corps.

Only 43 years old, Currie was a large man, his belly hanging over pipe-stem legs. His face was fat, without the moustaches favoured by British officers. However able he was, Currie did not look the part of a general officer. More seriously, Byng, a British aristocrat, had the common touch, and he could talk to soldiers in a way that resonated. The Canadians had come to call themselves “the Byng Boys,” but Currie had no such rapport. He was shy and could not connect with the troops. Signaller Wilfred Kerr wrote that Currie “did not seem to have the gift for stroking the fur the right way.” His staff admired him greatly, knowing that he cared for the soldiers’ well-being, and that the way he employed artillery and tactics in his battle plans was designed for victory with minimum casualties. The difficulty was that every Great War battle had to send men against the enemy’s prepared positions and machine guns. Heavy casualties were inevitable.

Highly competent and innovative, Currie believed in training and using the lessons learned in battle. Beginning in May 1918, he ordered the Canadians to prepare for open warfare, to fight in a way that used fire and movement to advance, that emphasized initiative, and that could break free of the attritional war of the trenches. When the Canadians went into battle at Amiens on Aug. 8, the infantry knew how to co-operate with tanks and aircraft, to use their engineers to bridge rivers and blow up obstacles, and to have artillery clear the way for them. The casualties were heavy, but there were real victories and gains of miles, not yards.

After Amiens, the Canadian Corps moved north to the Arras front and attacked the major defensive positions protecting the route to the Germans’ supply centre at Cambrai. The fighting was hard, the losses heavy, and soldiers began to grumble. Currie, some said, put them into the fiercest fighting to puff up his reputation. This wasn’t true. The British had tried to persuade Currie to split the Canadian Corps in two to create a Canadian field army. This would have meant a promotion for Currie to full general, but he flatly refused. Why break up a successful formation? Why create something that would increase the administrative tail without any real increase in fighting power?

Currie was correct. Instead of making an army, he strengthened the Corps. He added more artillery and trucks and expanded the engineers in his four divisions. He found 100 extra men for each of his 48 infantry battalions, and he had conscripts arriving from Canada in a steady stream. Keeping his battalions at strength ensured that they could fight hard.

Still, the soldiers complained bitterly. Currie was a “butcher,” some said, and the bitching increased just before the Armistice on Nov. 11. The Allied High Command mistrusted the Germans, and the orders were to keep the pressure on until they surrendered. Currie had orders to take Mons, Belgium, and he duly complied. The soldiers knew the war would end very soon, and no one wanted to be the last man to die. There were the inevitable casualties in the attack, and one soldier who lost his brother on the city outskirts had to be held back from seeking vengeance on Currie and the “brass hats.” The soldiers had to follow their orders, but so did Currie.

Currie knew that it took hard pounding to beat the Germans. The Canadians were a very effective force, and the casualties from Aug. 8 to the Armistice were huge, almost 20 per cent of the war’s total. But the Corps had played a critical role in winning the war, and Currie deserved much better from the men he had led to victory.