A bit of Trudeau coverage we can all appreciate

Image of the Week: The PM takes the word of Canada's top public health official to heart—and puts it into action 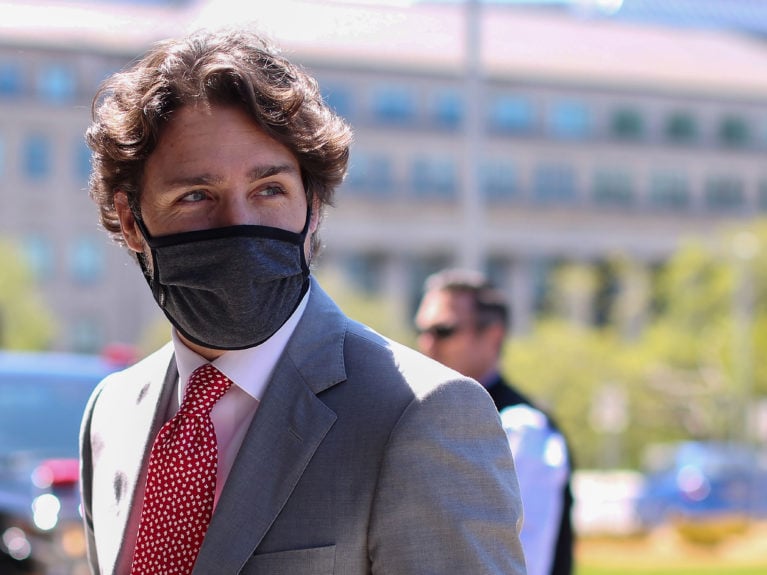 On Wednesday, Canada’s Chief Public Health Officer, Theresa Tam, changed her official stance (yet again) when it comes to wearing masks in public: she’s now recommending it. Specifically, as provinces begin enacting the early stages of Canada’s economic reawakening, she told reporters during her daily briefing, “This will help us reopen and add another layer to how you go out safely.” Indeed, with warmer weather finally here, cooped-up Canadians are getting outside any way they can. But the recommendation contradicts her advice from over a month ago (“Putting a mask on an asymptomatic person is not beneficial”) and a shift from just a few days ago (when she suggested, rather than recommended, the universal use of masks). To be fair, her initial, now-outdated, recommendation was based on a national shortage of PPE stockpiles, unknown factors about disease transmission and the hope that most Canadians were staying indoors at all times. Today, much of that’s changed. And if we’re going to go outside again, we should do it in style. Cue the Prime Minister: hours after Tam’s recommendation, Trudeau popped out of his motorcade sporting a sleek, black-and-grey mask covering half his face. Perhaps this puts to rest his concern about speaking moistly onto others.