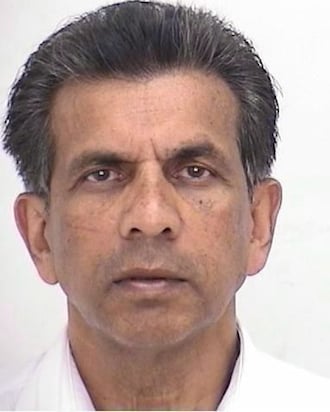 The accusations against Dr. George Doodnaught are as disturbing as they are bizarre. The Toronto anesthesiologist has pleaded not guilty to molesting 21 female patients, who range in age from 25 to 75. While the women lay consciously sedated on the operating table, the 64-year-old allegedly kissed them, groped their breasts and even forced them to perform oral sex, all while hidden behind the sterility drape that divides the anesthesia station from the surgery.

Anyone who has spent time in an operating theatre—with nurses, cleaners and doctors buzzing in and out of multiple exits and entrances —would know that orchestrating such acts would take monstrous skill. So far, with few exceptions witnesses who worked with Dr. Doodnaught testified he was a sought-after specialist with a good reputation. The prosecution is charging the hospital was engaged in a coverup.

It turns out there is an entire literature dedicated to the study of hallucinations and dreams during surgery—particularly sexual ones. “Sexual hallucinations have been reported since the advent of anesthesia,” begins a 2003 review article in the journal Anesthesia. In the late 1800s, the authors write, the use of chloroform in anesthesia was prohibited because of cases where women used “obscene language” while on the drug.

For decades, the medical community agreed that witnesses should be present when doctors give patients mind-altering drugs to avoid false harassment allegations. A 1992 review article in the dentistry journal Anesthesia Progress looked at the effects of benzodiazepines (such as midazolam) for sedation during surgery. The author, a Northern Irish doctor named John Dundee, discussed case studies in which female patients vividly recalled being sexually harassed by their dentists. “In 13 of 16 of the reported events, where patients and attendants were questioned closely, nothing improper could have occurred. In 11 of these, others were present throughout, while two events were physically impossible.” Some of the dentists who were working alone—that is, without witnesses—lost their licences.

While the medical community doesn’t know exactly how anesthesia works, or why it causes hallucinations, the authors point out that patients may be confused by routine touching during an operation. “Stimuli to the chest such as the removal of ECG electrodes, elbows rubbing the chest while the operator is working in the mouth or on the face have resulted in accusations of breast fondling.” Most cases on record involved female patients and male practitioners, though there are reports of the inverse. Most articles conclude that sexual hallucinations or fantasies are an infrequent, though noteworthy, side-effect of a range of drugs in anaesthesia and sedation.

Now, the drug that’s most associated with sexual dreaming is propofol, a hypnotic used by Doodnaught (and Michael Jackson). Because of the reports of fantasies with propofol, a group of researchers in the UK decided to test its effects on the imagination. They divided 112 patients into three groups. Each set received a different combination of anesthesia with propofol. The researchers then used an “overt sexuality scale” to rate the sexual intensity of the post-surgery dreams. (The scale asks patients if they dreamed about sexual intercourse in rape or marriage, had sex fantasies in which “wishes of sexual intimacy are only expressed verbally” or just “minor feelings of attraction,” et cetera.) They found that sex dreams happened very rarely and called for further study.

To get the clinical perspective, whether anesthesiologists worry about these issues, Science-ish called Dr. Nathan Pace, a University of Utah professor and the head of the Cochrane Anaesthesia Review Group. He, too, said disturbing hallucinations and dreams happen so seldomly that folks in his specialty don’t generally worry about them. Another Alberta anesthesiologist told Science-ish, “In my practice (of over 20 years), I don’t give this issue a second thought and don’t watch out for ways to avoid patient sexual hallucinations nor do the three colleagues I surveyed.”

So far, expert witnesses in the Doodnaught case have had varied reactions to his defence. Dr. George Mashour, an American anesthesiologist, called the explanation “unlikely.” He said sexual ideation as a result of anesthetics is rare, that a lot of the case reports on sexual hallucinations during anesthesia are older, and that the doses are much more minimal now so side-effects would be too. Conversely, an expert witness from Britain told the courts that sex-related fantasies are an anesthesiologist’s occupational hazard.

Courts don’t always handle conflicting scientific evidence with care. For this reason, Dr. C. Scott Findlay, a biology professor at the University of Ottawa, was recently asked by the National Judicial Institute to create a soon-to-be-published manual for judges in how to appraise research. “Not all scientific studies designed to test some hypothesis are created equal,” he said. “Studies have different strengths of inference so judges need to be in a position to navigate that so they can understand why one study is a stronger study than another that might be presented.”

Findlay suggests a judge could try to think about the best experiment a scientist could conduct to test the hypothesis that the drugs used by Doodnaught cause fantasies. Then, to understand the relative weight of all the studies available, he’d ask: How do they compare to the best experiment?

The judge in Doodnaught’s trial is going to have to act like a scientist to find, somewhere in the evidence, the line between dreams or nightmares and reality. The trial continues.

Science-ish is a joint project of Maclean’s, the Medical Post and the McMaster Health Forum. Julia Belluz is the senior editor at the Medical Post. Got a tip? Message julia.belluz@medicalpost.rogers.com or@juliaoftoronto on Twitter