Terry Glavin: Never mind bogus web stories. The most egregious purveyor of 'fake news' about the outbreak has been the Chinese government itself 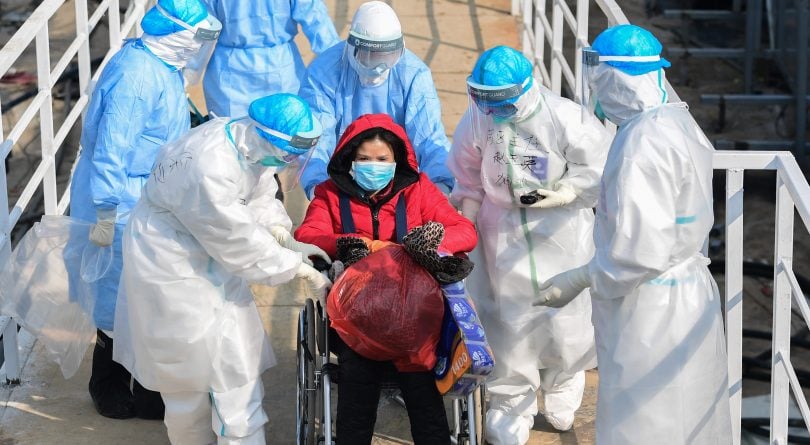 Reasonable people will be unsurprised to discover that the coronavirus strain that has killed at least 425 people in China, jolted the global economy and set off public-health sirens from Kuala Lumpur to Moscow did not go astray from the contents of a top-secret biological weapon that online conspiracy theorists say a Chinese spy stole last year from the National Microbiology Laboratory in Winnipeg.

It is quite true that the biologist Xiangguo Qiu, her husband Keding Cheng and some Chinese students were barred from the high-level virology laboratory last July 5. It was a disturbing event, and the surrounding circumstances remain a bit opaque. But no, the Wuhan novel coronavirus now named 2019-nCoV was not hatched in Winnipeg.

It is similarly untrue that you can inoculate yourself against the virus by drinking bleach and lemon juice in a certain “miracle cure” solution popular among anti-vaccination zealots. Also, if you catch the virus, despite what you might have heard, you won’t do yourself any good by resorting to an internet-rumour concoction involving sesame oil, vitamin C and garlic.

The Public Health Agency of Canada has joined dozens of reputable government agencies, non-governmental organizations and the World Health Organization in efforts to staunch the hemorrhage of half-true and false and completely deranged claims and theories that have been sloshing around ever since the occurrence of a strange and deadly new virus appeared to be the culprit in a sickness first noticed by the authorities in the metropolis of Wuhan, in central China, in early December.

But a lie can travel half way around the world, as the old saying goes, before the truth has had time to put its trousers on. It’s all well and good for Twitter and Facebook and Snopes and FactCheck.org to join with public health agencies in the effort to shut down or otherwise excise the hysterics and falsehoods making the rounds. The more serious challenge is that the most egregious and brazen author of “fake news” and propaganda and outright lies about the Wuhan coronavirus outbreak is the Chinese government itself.

You might have thought that Beijing would have learned its lesson from the last major coronavirus event—the Severe Acute Respiratory Syndrome (SARS) outbreak in Guangdong that began in November 2002. The Chinese government’s mishandling of the SARS crisis—its obsessive censorship, its cover-ups, its refusal to share data with other countries—disgraced the regime. The SARS virus spread to 25 countries over an eight-month period, infecting more than 8,000 people and killing 774 of them.

Two weeks ago, Peter Cordingley, the public voice of the World Health Organization during the SARS crisis, pointed out that the SARS crisis appears to have taught the Chinese authorities nothing. “I’m seeing precisely the same reckless behaviour now,” he wrote, and in any case, Beijing has been “lying about the spread of the Wuhan flu virus from the start.”

And now, as of Tuesday morning, after less than two months—a quarter of the time to took for SARS to run its course—the Wuhan coronavirus has already infected roughly four times number of Chinese people who fell ill with the SARS virus. The Wuhan virus has already killed more Chinese people than SARS did. Tuesday’s death toll is four times what it was a week ago. Tuesday’s official count of 20,438 confirmed cases is 3,235 more than Monday’s count.

But there’s little reason to believe that the Chinese government’s reporting comes close to the reality on the ground. According to an analysis published last week by the British medical journal, the Lancet, roughly 75,000 people were likely already infected by the Wuhan virus by Jan. 28.

The New York Times reports that the apparently low official count of infections in Wuhan—the completely locked-down metropolitan epicentre of the outbreak—may well be just a reflection of the scarcity of test kits available to medical workers in the city. Local residents say that deaths are going unreported, that the sick and the dying are being turned away from hospitals and that some victims are just quietly dying at home.

The first case of the new coronavirus was discovered Dec. 8, but it took the Wuhan Health Commission weeks to publicly report it. And even after Jan. 11, the commission was still insisting that the virus could not be passed between people, even though dozens of cases had been confirmed by then.

During those first critical weeks, references to the sickness in Wuhan were ruthlessly expunged by China’s state censors from popular platforms like WeChat. It was only after the crisis had blown wide open that the authorities allowed social-media users to mention it.

“What is clear is that China’s initial mishandling of the coronavirus outbreak means that thousands have been infected,” Minxin Pei, a senior fellow with the German Marshall Fund of the United States, wrote in the South China Morning Post, “and the economy, already weakened by debt and the trade war, will take another hit.”

In Wuhan and neighbouring cities in Hubei province, 35 million people—the population of Canada—are effectively under a kind of house arrest. No non-emergency movement is permitted in the province, and the authorities in Beijing are now focusing on propaganda to the effect that the crisis is very real, but very much in hand. Legitimate news coverage is suppressed, and the most senior authorities are engaged in circulating their own brand of “fake news.”

The Communist Party organs Global Times and Peoples Daily both published photographs of what was purported to be a gleaming brand-new hospital magically constructed within days in Wuhan. The hospital in the picture turned out to be a photograph of a modular apartment complex in Qingdao.

On Monday, China’s Foreign Affairs Ministry official Hua Chunying blasted the United States for its temporary ban on travelers from China and claimed that “the U.S. government has not provided any substantive help to the Chinese side yet.”

In fact, the U.S. is not alone in imposing a travel ban. Australia, New Zealand, Japan, Pakistan, Russia and Italy have followed suit. Hong Kong has closed all but three of its 16 ports of entry with mainland China. And China itself has ring-fenced Hubei province from the rest of the country. 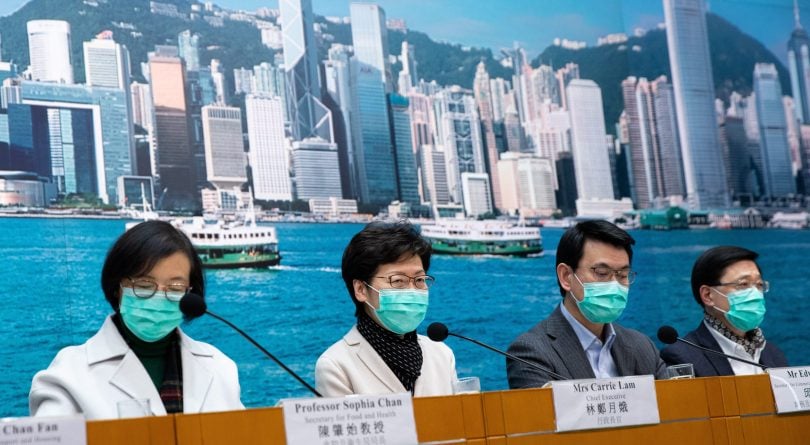 And the U.S has offered China help. The U.S. Health and Human Services Secretary Alex Azar has made several offers to send a team from the Centers for Disease Control to Wuhan to help out, but Beijing has failed to respond.

On Monday, Canada earned the dubious distinction of being contrasted with the United States and thanked and congratulated by China’s foreign ministry. Ottawa earned its pat on the head by following the example of China-compliant states in Southeast Asia and allowing flights from China to continue, with airport screening awaiting arrivals. But while the United States, Australia and South Korea were allowed to quickly evacuate their citizens from Hubei, Canada waited for days on Beijing’s approval to evacuate more than 300 Canadians stuck there. (Ottawa finally got the green light on Tuesday for a flight that wouldn’t depart for another two days.)

Upon their return, the stranded Canadians are expected to be quarantined at Trenton Canadian Forces base for two weeks.

As for where the Wuhan coronavirus came from, early speculation that it was an open-air market in Wuhan that traffics in wild meat got a bit of a boost on Monday. It is not true that a video circulating on social media depicting a woman eating a bat was filmed recently in Wuhan. In fact the video was filmed in 2016 in Palau, in Micronesia.

But a study published in the journal Nature on Monday reports that the Wuhan Institute of Virology has determined that the new coronavirus is 96 per cent genetically identical to a virus found in bats from China’s Yunnan province, and 80 per cent genetically similar to the SARS virus from 2002 and 2003.

Meanwhile, the controversial Israeli rabbi Matityahu Glazerson has been expounding upon his thesis that by application of a sort of “code” to analyze biblical texts, the Wuhan virus can be seen to have been predicted in the Torah. Which seems implausible.

A competing internet rumour proposes that the Wuhan virus was in fact predicted in a 1993 episode of the cartoon sitcom The Simpsons, a claim that to no reasonable person’s surprise has turned out to be false.