'Being afraid during Ebola kept me safer; I will take the same kind of care now'

Dr. Sandra Allaire, who has worked during outbreaks of cholera and Ebola, tested positive for COVID-19 in March. She returned to work at a Calgary refugee centre several weeks later. 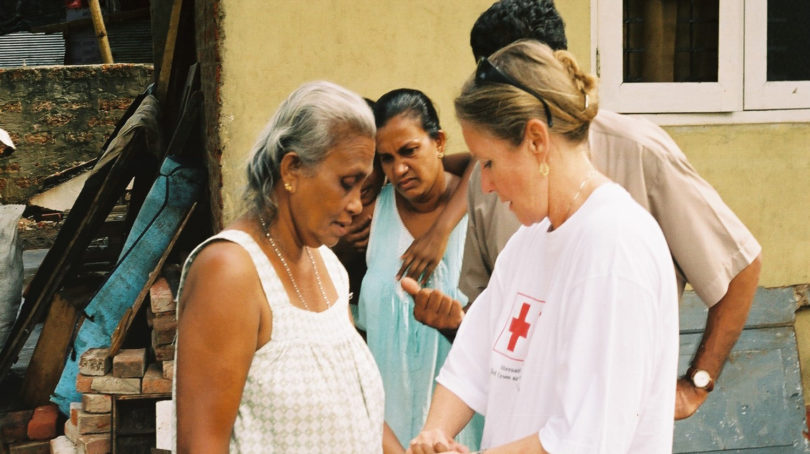 Dr. Sandra Allaire is a Canadian family physician who has worked around the world for two decades, including with Red Cross missions in North Korea, in refugee camps in Iraq and at Ebola treatment centres in Sierra Leone.

The former medical director of Calgary’s refugee health centre, Allaire spent last winter in Orkney, islands off Scotland’s north coast. She planned to return to Calgary in late March to do a locum at the refugee centre. When Canada announced mandatory self-isolation for travellers, Allaire flew back early to complete her two weeks.

And then she started coughing.

Maclean’s spoke with Allaire on April 8, a little more than two weeks after she was diagnosed with COVID-19. Her comments have been edited and condensed for clarity.

When I was leaving Orkney, people said to me, “Aren’t you safer where you’re at?” And I thought, “Safety has nothing to do with it.” It’s not that I don’t respect COVID, and it’s not that I think I’m invincible. But this is what doctors do.

I had a mild case. My main symptom was fatigue. I maybe had a fever a couple of nights. I don’t know because I don’t have thermometer, and apparently you can’t find one in the city. Sometimes it felt as if I couldn’t quite finish taking a really deep breath. Everybody’s been very good about offering to help and people have gotten me groceries.

RELATED: Fear and exhaustion: Working as a PSW in long-term care during the coronavirus

I’ve been symptom-free for about 10 days, with my first symptoms 10 days before that. At first, I was told I had to have two negative swabs 24 hours apart before I could be cleared to work. That rule is sensible, but the problem is the system is too cumbersome. I was waiting on test results. The province discontinued that policy. So after more than 10 days without symptoms, I [was cleared] to return to work. Today is my first day back.

If anything, I am probably a bit more comfortable with going to work now that I’ve had it. Don’t get me wrong. There’s a risk of re-infection. There’s a risk of other infections in the hospital. But one reason why I went and worked in Ebola is that I don’t have any dependents. It’s not that I won’t be taking precautions because I should and I will. But this is what I trained for, to help out in emergencies.

My first mission with the Red Cross was to a war zone. People had fled from their homes and were living in refugee camps. They were dying at a rate of 30 to 45 patients a day in a camp of 30,000 from respiratory illness and diarrheal disease. And we turned that around. As a doctor, I will never save as many lives as I did on that mission. We protected the water and we dosed people with antibiotics, which were all we had. But we got the death rate down to nine to 15 a day within two weeks. We cut it in half or even by up to two-thirds.

But with Ebola, we couldn’t save them. All we could do was hydrate them, get them food and support their bodies to fight the disease themselves. It was humbling.

It was hard work because your patients kept dying. We aren’t used to our patients dying at a rate of 50 per cent. I was terrified—not frozen, but afraid. It was the best thing for me because it made me meticulous about my infection prevention and control technique. You don’t get careless when you’re afraid.

I am not as afraid now, but I am not blithely unconcerned, either. I know that being afraid working in Ebola kept me safer, and I will take the same kind of care now. We may scrape through this without losing 20 and 30 per cent of patients. But I’ll tell you, if COVID gets going in Africa, it’s [going to be devastating].

When you’re in a refugee camp, you do what you can with what you’ve got. You know you can only go so far. But it’s tougher to make decisions about resources in Canada because we have resources. The goods are here but they’re being used for somebody else. How do you handle that? What are you going to do when all your ventilators are being used and somebody needs a ventilator? What are you going to do when somebody new arrives and needs a ventilator—do you take somebody else off?

Thankfully, nobody will have to make that decision alone, nor should they have to. There’s been planning and we will get through this. If there’s one thing that all of my missions and everything else has taught me, it’s that you tackle what’s in front of you. And you keep moving forward. They say in Africa “How do you eat an elephant? One bite at a time.” And that’s exactly how we’ll get through this too.