With more evidence showing Tamiflu isn’t as effective as once believed, why is Canada stockpiling it? 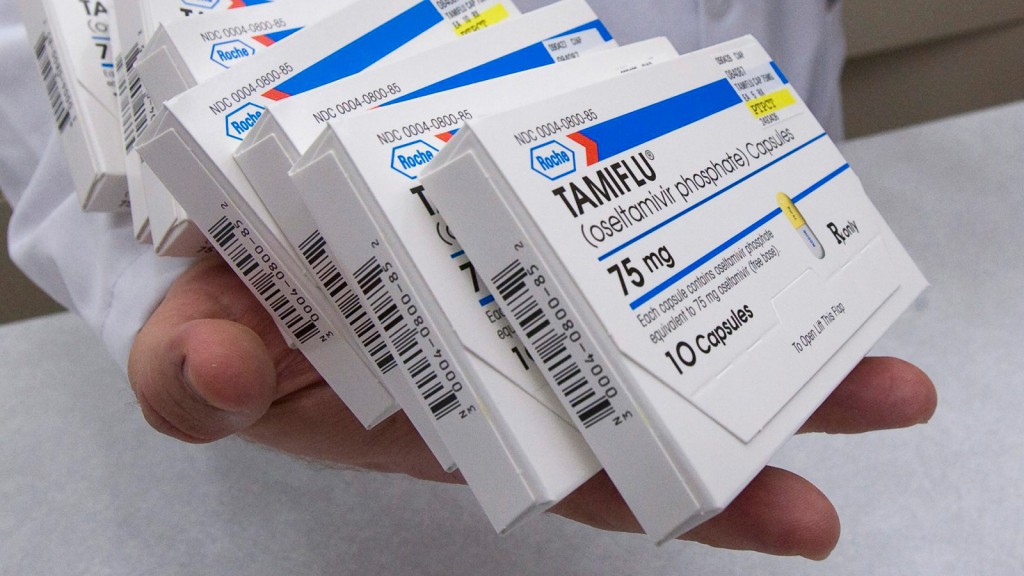 Tamiflu might be the most heavily scrutinized drug in the world and one that governments have poured some $9 billion globally to stockpile in case of a pandemic. However, authors of a new study, published in the British Medical Journal this week, suggest the influenza antiviral probably works no better than Aspirin and possibly causes harm.

The findings are not entirely new. Since 2009, the Cochrane Collaboration—a non-profit research group that produces widely respected summaries of medical evidence, including the latest BMJ study—has been arriving at discouraging conclusions about Tamiflu. Still, governments around the world, including Canada’s, continued to stockpile for an emergency.

In fact, a few months after the last Cochrane study on Tamiflu was published in September 2012, the Public Health Agency of Canada (PHAC), responding to an early uptick in flu cases, released a supply of Tamiflu from its National Emergency Stockpile System. Maclean’s asked PHAC in January 2013 what evidence underpinned its decisions to continue to buy and store Tamiflu and whether it would re-evaluate its position.

After PHAC pointed to data that was nearly a decade old, Maclean’s asked the agency to elaborate. That’s when it took at least a dozen emails and almost three weeks to get three high-ranking experts on the phone. Dr. Barbara Raymond, director of pandemic preparedness, explained PHAC’s position this way: “We continue to feel that the balance of the evidence supports the use of these antivirals, particularly in high-risk individuals and for pandemic purposes.”

When the story was finally published online, Maclean’s got a terse call from a media-relations person at PHAC suggesting the reporting was inaccurate and that, in order to keep “working together,” it had better be more accurate or balanced in future. After PHAC wouldn’t point out the errors, Maclean’s put in an Access to Information request for all the notes and correspondence related to the interview. The documents revealed that the media inquiry—deemed “medium” impact by the agency—generated at least 195 pages of internal work at the government, not including redacted ﬁles, and showed PHAC engaged in multiple discussions about how to present its position on Tamiflu. The documents demonstrate the difficulties public health bodies face when it comes to evaluating changing scientific data.

PHAC isn’t the only health agency to back Tamiflu. In 2002, the World Health Organization recommended country-level stockpiling of antivirals. Nations around the world followed suit. Back then, regulators and independent research groups such as Cochrane had access to only a sliver of the data about Tamiflu in the form of clinical studies that were funded by the drug-maker Roche. By 2009—with the emergence of H1N1 “swine flu”—a WHO expert committee recommended adding Tamiflu to its list of essential drugs; global government spending on the drug reached US$6.9 billion.

According to the early industry-funded trials, the medicine reduces the risk of complications and symptoms in people with flu. Since then, however, a more complex and troubling picture of the research on Tamiflu has emerged. Meta-researchers such as those in the Cochrane group—who analyze and synthesize research results across many studies in order to come to more fully supported conclusions—found inconsistencies.

The Cochrane group noted in 2009 that eight of the 10 randomized controlled trials of Tamiflu were never actually published, which suggested decision-makers may have had an incomplete and potentially biased picture of the research that was done. What’s more, they pointed out there are no high-quality independent studies that prove Tamiflu reduces the risk of complications in or hospitalizations of people with influenza—two of the main reasons the drug is a key part of pandemic strategies all over the world. This sparked an international campaign led by Cochrane and the BMJ, asking Roche for all its raw and unpublished data about the medicine, and raising questions about whether governments would change their position on the antiviral. The raw data came from Roche in September 2013.

According to the Access to Information documents released to Maclean’s, PHAC was relying on newer observational studies as the main reason for continuing to advocate the use of the drug. In one email, Dr. Greg Taylor pointed out that high-risk patients are the primary target for Tamiflu, and “it’s unethical” to do randomized control trials with such individuals. As a result, PHAC officials referred to one 2012 review of the observational literature on antivirals as a key piece of evidence.

Perhaps the decision to continue to stockpile the drug in Canada and elsewhere was rooted in a desire to be seen to be doing something in the event of a pandemic, said BMJ editor Dr. Fiona Godlee in an interview with Maclean’s. In June 2013, she testified before the British Parliament’s public accounts committee about whether public money was well spent on Tamiflu. “I ended up saying it may have been, politically, value for money, because governments felt they needed to do something. But it wasn’t medical value for money. It wasn’t public health value for money.”

She explained that she believed there was no good reason to stockpile this drug according to current best-available evidence, and that alternatives, such as Tylenol, are well understood. According to the parliamentary committee, Britain has spent around $900 million to stockpile antivirals in the last six years, while the U.S. has invested more than US$1 billion. The total in Canada has topped $77 million for stockpiling Tamiflu and its sister antiviral, Relenza from GlaxoSmithKline.

The Access to Information document showed PHAC went back and forth trying to deliver an answer that explained its position on the drug. Many of the emails and memos focused on coordinating and revising media lines and prepping interview subjects. PHAC’s talking points bounced around several government departments and appear to have gone all the way up to the federal health minister’s office for rounds of revision and approval. There were meetings to “clarify our position,” come up with anticipated questions and strengthen answers.

Dr. Joel Lexchin, a York University drug-regulatory expert, has a problem with the amount of work and taxpayers’ money that were spent figuring out ways to communicate PHAC’s established position on questions that are important to Canadian public health. “It concerns me that an agency that’s supposed to be out there to protect public health [may be] under political control,” said Lexchin. “Political messages are not necessarily the same as public health messages, and if PHAC is not seen to be able to be independent of government, then people will start questioning what it has to say.”

This week, yet more high-quality evidence on Tamiflu emerged with the publication of the updated Cochrane review in the BMJ. After the four years it took to get raw data from Roche-funded trials, this is the most thorough analysis of the antiviral to date, based on more than 150,000 pages of never-before-published clinical trial information. It “paints a much less positive picture of oseltamivir [Tamiflu] than was presented to regulators, policy-makers, clinicians and the public,” wrote Godlee in the BMJ editorial. Indeed, the Cochrane reviewers confirmed there is no good evidence to support claims that Tamiflu reduces admissions to hospital or complications of influenza. Once again, they concluded that Tamiflu appears to do little more than Aspirin to reduce symptoms and might cause side-effects including vomiting and nausea.

In an email to Maclean’s concerning the BMJ study, a spokesperson pointed out that Canada is one of many nations that support the use of antivirals, referring to recent observational studies. “The agency closely monitors the scientific literature related to the effectiveness of antivirals for the prevention and treatment of influenza, and the balance of evidence supports their use,” the PHAC official wrote. It’s also waiting for an international study due later this year. “Antivirals, including Tamiflu, are the sole pharmaceutical intervention available to reduce severity and complications of influenza infection in those at greatest risk, and they are the current standard of care for high-risk patients infected with influenza,” wrote the official. PHAC said it will release an update of its pandemic influenza plan, last revised in 2009, this summer.

For now, Tamiflu is the focal point for the open-data movement, which calls for the publication of all results from trials about drugs. “Some people are saying, ‘This is a one-off, this is one drug,’ ” said Godlee. “But all the indications are that this is an exemplar of what goes on. It shows policy and guideline decisions being based on incomplete evidence, and that wouldn’t matter if incomplete evidence was a good guide to the full evidence below the water. But time and again, we discover that when you do get hold of the evidence base, the results are different: The drugs look less good.”

To date, no government has stopped stockpiling Tamiflu. According to Peter Doshi, one of the Cochrane review authors and an assistant professor at the University of Maryland School of Pharmacy, after years of mounting questions about the drug’s effectiveness, it is time to have a transparent discussion. “Public health officials have not yet learned how to be honest about uncertainty,” he said. “They see uncertainty as a sign of weakness, rather than a reality of science.”

Here are the documents from Health Canada: