An Ottawa hospital has opened the country's first drive-through test site, but the Prime Minister won't get a test for COVID-19 until his doctors tell him to. The worldwide death toll has now surpassed 5,000. 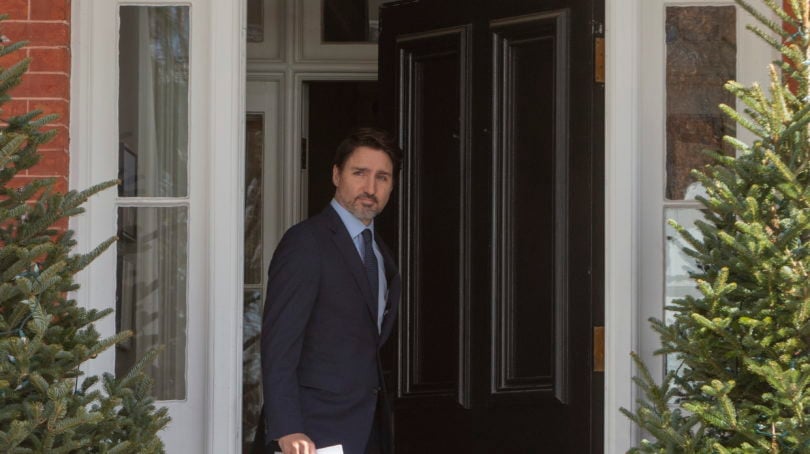 Every option is on the table

Stuck in self-isolation at home, Prime Minister Justin Trudeau urged Canadians not to travel abroad. Nor is any idea off the table, as governments worldwide try to slow the spread of COVID-19, Trudeau said Friday, not even Canada potentially closing its border. As the sense of crisis rose, the PM said “we are looking to reduce the number of airports that will accept travellers from overseas in order to be able give the proper resources on all arrivals to ensure we’re doing everything we can to keep Canadians and Canada safe.”

It’s not just about slowing the spread of the COVID-19 in Canada, but also about slowing the spread overseas. “It’s important to remember that if you travel abroad, you could be subject to the measures of other countries,” explained Theresa Tam, Canada’s chief public health officer. “Your one-week trip might become much longer, you may have reduced access to quality health care.”

So reconsider that Caribbean vacation.

U.S. President Donald Trump used an afternoon press conference to declare a national emergency, which would open up the availability of $40 billion for disaster relief, as well as invoke the Stafford Act, allowing the Federal Emergency Management Agency to assist state and local governments.

Other nations to declare states of emergency on Friday included Spain and Latvia, while Iran will have security forces clear the streets nationwide for 24 hours in order to stop the contagion while every citizen gets checked for COVID-19. Denmark and Poland, meanwhile, will close their border to all foreigners.

Deaths in Canada linked to COVID-19: 1

COVID-19 in Canada: Shutting down the House

The federal government has taken one important step towards social distancing by suspending the House of Commons for at least five weeks and delaying the release of the budget—measures supported by all parties in Parliament.

Finance Minister Bill Morneau announced $10 billion in credit would be made available to help small businesses who’ve been impacted most by the coronavirus through Business Development Bank of Canada and Export Development Bank, with another financial package to come next week. In the interim, the Bank of Canada announced it was cutting the key overnight interest rate by a half percentage point, to 0.75 per cent.

One unanswered question: why the Prime Minister won’t get tested for COVID-19—despite presenting no symptoms—when his wife tested positive. If the entire Toronto Raptors roster (and travelling staff) can get tested after playing a couple of hours of basketball around two opponents who tested positive, surely the leader of a G7 country can use up one extra test.

And as more sports leagues, concerts and mass gatherings get cancelled, several provinces, including Nova Scotia and New Brunswick, announced they will suspend all jury trials for the time being. Quebec will shutter all schools and daycares for at least two weeks.

We’re all in this together. Sadly, some Canadians are trying to profiteer from this crisis by buying all the Lysol wipes and selling them online at a huge mark-up.

Necessity is the mother of invention

Ottawa’s Queensway-Carleton Hospital opened the city’s first drive-thru COVID-19 testing lane Thursday night—meaning people can get tested without ever having to leave their cars or go into the emergency room and potentially infect others.

Experts have lauded drive-thru testing as one way South Korea identified cases so quickly, and a model that might be emulated around the world. (Trump announced Friday that the U.S. would use it—and that it had turned over the task of mapping test sites to Google.)

For now, though, it’s available only to those who have been directed to seek testing by Ottawa Public Health—not anyone who drives up. If you are feeling symptoms, call your local health department.

Also, we have enough toilet paper for everyone. In a recent interview, the CEO of Kruger Products, Canada’s largest producer of TP (including Cashmere and Purex brands), said: “We’ve got all the raw material, we’ve got all the assets running, we have all the production, our sites are at full capacity to recover from this spike.” As for the shortage on shelves at the moment, he says “you’re going to see it catch up in days and weeks.”

This just in from the lab ..

The race to develop better testing—and a vaccine—took a step forward this week. A team of Canadian researchers managed to isolate the agent responsible for the current COVID-19 outbreak, known among scientists as severe acute respiratory syndrome coronavirus 2 (or SARS-CoV-2), using two clinical specimens.

Confused? Here’s how they put it: “The isolated virus will help researchers in Canada and across the world develop better diagnostic testing, treatments and vaccines, and gain a better understanding of SARS-CoV-2 biology, evolution and clinical shedding,” Toronto’s Sunnybrook Hospital wrote in a press release.

What to do if you think you have COVID-19?

Do you have a fever? A dry cough? General fatigue? These are the most common symptoms of COVID-19, according to the World Health Organization, while others can experience nasal congestion, headache, runny nose, sore throat or just feeling unwell.

For milder cases, it might feel like you have the flu. Most patients who test positive for COVID-19 have recently travelled to a region where the virus is spreading—or they’ve been around someone who tested positive—but community spreading is possible. That’s why the most effective preventative measure is to wash hands regularly with soap, and cover your mouth when you sneeze or cough.

And if you’re sick, don’t go to work. Don’t take a bus. Don’t go anywhere that may require close contact with others. And call your local public health department. Or call your health care provider. This post contains a comprehensive, province-by-province list of instructions and contacts. “But call first,” says David Williams, Ontario’s chief medical officer of health. “Don’t go to the waiting room, especially if you’ve got symptoms.”