Could an eye exam diagnose Parkinson's? 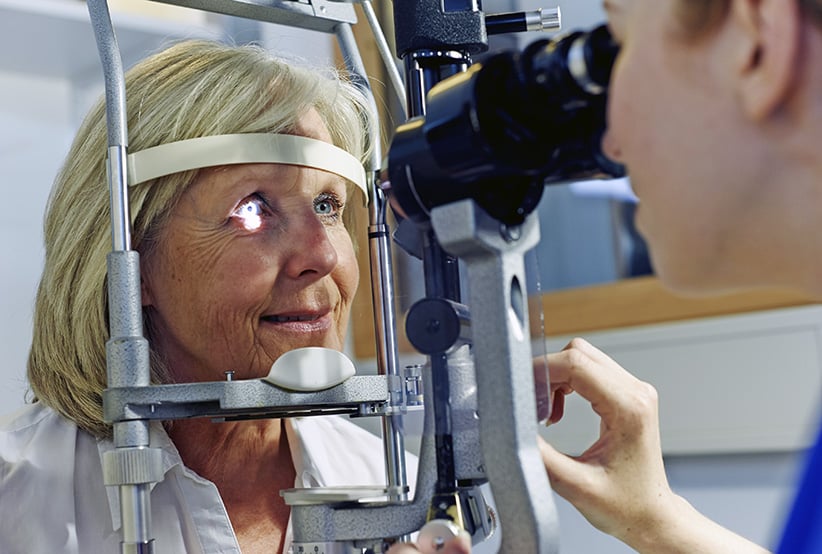 Thirteen years ago, Chris Hudson was diagnosed with Parkinson’s disease. “I remember the day in October. It was probably the bleakest of my life,” says Hudson, a professor at the University of Waterloo school of optometry and vision science. “I was 41 at the time. I had a young family.” Parkinson’s is a progressive disorder with no cure (Michael J. Fox famously shares the diagnosis). Today, Hudson, a scientist and optometrist by training, is developing an entirely new way to diagnose Parkinson’s and other neurodegenerative diseases, like Alzheimer’s. It could one day help doctors pinpoint who’s at risk before their clinical symptoms start to appear, and pave the way for new treatments. He’s looking for signs of disease in an unexpected place: the patient’s eye.

Hudson calls the eye a “window” into the brain. The retina, made up of light-sensitive cells at the back of the eye, is mostly neural tissue—and can be examined non-invasively, using an optical version of ultrasound. “The advances in imaging in this area, even over the last 12 months, are huge,” he says. The retinas of patients who suffer from Alzheimer’s, Parkinson’s and other neurodegenerative diseases seem to undergo subtle changes before outward symptoms show. There’s good evidence to suggest that nerve cell death in the brains of patients also happens in the retina of the eye, something Hudson is working to better understand. One study by another research team suggested that an eye exam could diagnose Alzheimer’s up to 20 years before clinical symptoms take hold.

Hudson is co-lead on one part of a wide-ranging study looking into five devastating diseases: Amyotrophic lateral sclerosis (ALS, also known as Lou Gehrig’s disease), frontotemporal dementia, vascular cognitive impairment after a stroke, as well as Alzheimer’s and Parkinson’s. His work is part of the Ontario Neurodegenerative Disease Research Initiative, or ONDRI, a collaboration of more than 50 researchers around the province. They’re tracking a group of about 600 patients, regularly assessing their gait, taking scans of their brains, tracking eye movement, even analyzing their genes. As well, by comparing changes in the retina over time with the other assessments taken by his colleagues, Hudson will have a more complete picture of how retinal changes relate to disease.

The ultimate goal is to develop new drugs, which are sorely needed, but earlier diagnosis is also crucial. Right now, the time it takes to diagnose patients is hindering drug development. “There’s no really suitable way of recruiting people at an early stage [of disease], when drugs are most likely to succeed,” he says, or to measure and track the progression of disease. “In many ways, we don’t even know the speed of development of, say, Parkinson’s disease.”

As a Parkinson’s patient, Hudson—who manages his symptoms with drugs and exercise—understands the frustration of others, for whom a treatment can’t come quickly enough. “Science is a step-by-step process, and it has to be that way,” he says. As a patient and scientist, he’s hopeful that a breakthrough is finally coming. “The payoffs are potentially incredible. If we can do this, it will have a huge impact on the management of all these diseases.”