COVID vaccines: When will Canada approve one? When will you get it? 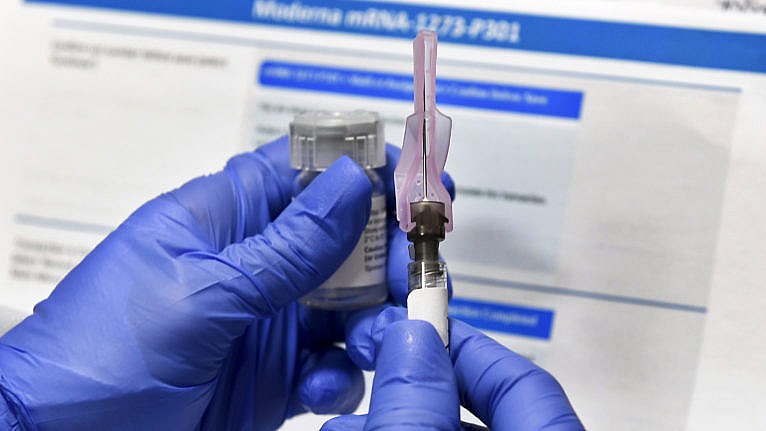 Canada hasn’t flattened the curve since August. New daily cases for COVID-19 are now more than twice as high as they were during the peak of the first wave. The death count is steadily climbing towards 100 new fatalities each day.

Yet as some cities and provinces go into lockdown again, an end of the pandemic appears within sight as vaccines from AstraZeneca, Moderna and Pfizer have all started their applications for approval in Canada, with more likely to follow in the coming months.

To find out how long it might take for Health Canada to approve the vaccine candidates and when people in this country will start getting inoculated, Maclean’s spoke with the federal health department’s chief medical advisor, Dr. Supriya Sharma.

This conversation is edited for length and clarity.

Q: There are currently three COVID-19 vaccine candidates that have started submission to Health Canada for approval. Where do they all stand right now in the process?

A: We have three vaccines under review. All of them started at different times in October. They came in under the interim order process—one of the regulatory mechanisms we use in public health emergencies as a rapid way for a regulatory pathway. One of the flexibilities it allows for is a rolling submission.

Q: And what is a rolling submission?

A: Normally, a company takes all the information it has—pre-clinical [tests], animal tests, all information from the clinical trials, the manufacturing information, the site of manufacturing already licensed—all of that comes in as one package, and we start the review when we get it. In a rolling review, we allow companies to give us data as it becomes available.

The three under review right now are at different stages, in terms of what information we have. For some, it’s just the pre-clinical information, so just the animal data. For some we have some clinical data. And for others we are about to have a full clinical package.

Q: Do you need everything for the stamp of approval?

A: In terms of the final assessment—if it can be authorized or not—we need all the data.

Q: Have the applicants notified Health Canada when the full, detailed data will be available?

A: Part of the requirements of the rolling submission is you have to be at a certain stage of development—good, promising data from Phase 1 and Phase 2 studies, and have Phase 3 started. When they give us the [initial tranche of] data, they provide an approximate timeline for when they’ll give us the other parts of the submission.

Q: And when will these companies have all their data submitted? This year? January? February?

A: That’s difficult to predict, and everything we’re provided as part of this is confidential. For the 10 vaccines in Phase 3 trials—there is a wave of information on clinical trials that we were expecting in November and December. We’re seeing those now with AstraZeneca, Pfizer and Moderna. We have another wave of data coming in December into January. And then another wave in the spring.

Everything seems to be on track, so far. We’re expecting complete data packages for some vaccines at the end of November and into December.

Q: Are doses being made for the Canadian market in anticipation of approval?

There will be vaccines destined for the Canadian market that may or may not be the same vaccine destined for the U.S. market, or the same as the European market. The companies make those decisions. They’ve got different manufacturing sites that need to have the appropriate approvals. They need to be inspected and be in compliance with good manufacturing standards.

Then the question is “how different?” It’s just making sure that, in that facility, the first dose that comes off the line is the exact same as the one millionth dose. If it’s made in a different facility, from a regulatory perspective, it’s a different vaccine because the conditions in which it is made are different. It’s still the Pfizer vaccine or the Moderna vaccine.

Q: But isn’t this so tightly regulated that the vaccines would have to be the exact same?

A: To use an analogy, say you have the same restaurant in Europe as the United States. You have different chefs. But they have the same menu, have the same recipes and make the same food. But you have to make sure each of them passes inspection. In the process of making that meal—even if they follow the same directions—there will be little differences between the two.

Q: This sounds like we’re comparing a Big Mac and Le Big Mac in France.

Q: Will we—or can we—make any of the three current vaccines seeking approval in Canada ourselves, under a licence?

Q: Canada’s not the only country with plenty of pre-orders for some of these vaccines. Where are we on the list of which country gets them next?

A: Each contract is different, and for that I’d have to refer you to Public Services and Procurement Canada. The idea was—in discussion with the companies—we’d get an idea of which vaccines were of interest, what their manufacturing capacities would be. Then you can decide on the amount for the advanced purchase agreement.

We have more vaccine orders than we would need overall, because at the time we didn’t know which vaccines would progress through development. There’s still a risk some might not make it through the review process. But that is the financial risk; we’re not taking additional risk on the safety or efficacy of the vaccine.

Q: Once approved vaccines are shipped to Canada, is their distribution handled by each province and territory? Is it under their authority to decide who gets it first? Like, say, long-term care homes?

Ultimately, it is the decision of the provinces and territories, but there are other things done at the federal level to help inform that process. There’s the ordering of the vaccines—we bring in provinces and territories to assess their supply chains and capacity for distribution. Then we have the national advisory committee on immunization, an independent, external group who gives us advice on who the priority groups should be.

Q: Once Health Canada gives its approval, will we have vaccines ready for Canadians the next day? Or is there a sense of how long it will take between regulatory approval and when people start getting vaccinated?

A: There likely won’t be a large gap between when we get authorization and when vaccines start to get shipped and the first ones come through.

For the first vaccines, we likely won’t have time for that. Plus, the first couple of vaccines have a more complicated distribution, with the cold chain and the extra-cold chains for those that have to be stored at very low temperatures. In those cases, they tend to ship it directly to where it’d be distributed.

Q: When you say it won’t be a large gap, does that mean days? Weeks?

A: We’re hoping that by January, at the earliest, we may be starting to immunize people. That means authorization is done. Logistics is sorted. And, most importantly, there has to be a vaccine to be distributed.

We’re all gearing towards having vaccinations happen in the first quarter of 2021. But it can happen earlier if things move faster. It can also be later if issues come up.