Crafting a common language for death

From 2014: Canadians agree they should tell loved ones their final wishes. The thing is: we don’t actually do it 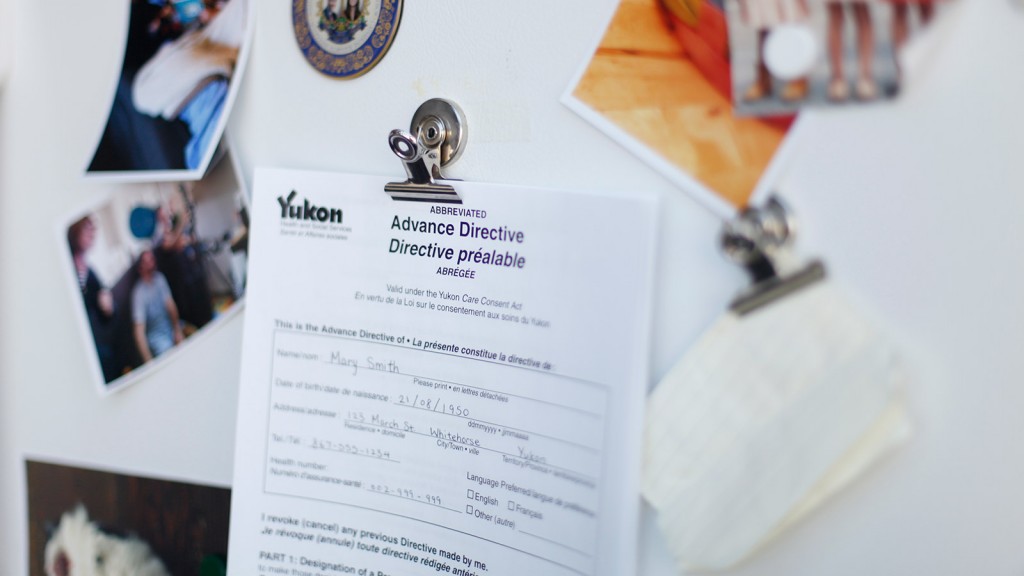 A few years ago, staff at Toronto’s Humber River Hospital noticed a problem. When it came to recording patients’ end-of-life wishes, some charts specified “DNR,” or do not resuscitate. Others said “no CPR,” or “DNI,” do not intubate. “We had different language all over the hospital,” says bioethicist Bob Parke. These orders were also “often hard to find. You have three little letters, DNR, buried somewhere in the chart. In a crisis, we might have initiated CPR, and realized later we shouldn’t have.”

Just three little letters, these codes help illuminate patients’ end-of-life wishes—ideally part of a comprehensive advance care plan, which lays out details like who they’d want to speak for them if they become incapacitated, and whether they’d accept or refuse life support. Parke and his colleagues got to work on an advance care planning program. They developed workbooks and brochures to guide difficult conversations between patients and loved ones. They standardized language throughout the hospital, and gathered instructions onto a form that’s printed twice: one for the patient’s chart; another to be kept by patients or their substitute decision-makers. According to Parke, it’s been a huge success. In a survey, patients were asked if they believed staff understood their wishes for care. One hundred per cent listed themselves as satisfied, or very satisfied.

Humber has solved its problems, but other hospitals and health authorities across Canada still haven’t. Advance care planning programs are “a patchwork quilt,” says Parke, with a different framework from one place to another. While these systems aim to make patients’ end-of-life wishes clearer, there remains another significant problem: most Canadians aren’t making any such plans. In one 2014 survey, 96 per cent of Canadians agreed that it’s important to talk to loved ones about wishes for end-of-life care. But only 34 per cent had done so, and just 13 per cent had completed a plan.

“People find it difficult to talk about death,” says Louise Hanvey, a registered nurse and director of the Advance Care Planning in Canada initiative, which aims to raise awareness and develop tools to make the process easier. “They think it’s going to upset [their loved ones] if they talk about wishes for care at [the] end of life.” Opponents of assisted suicide and euthanasia, meanwhile, warn that promoting advance care planning is a slippery slope. “These plans aren’t biased toward [the question], ‘How would you live with this condition?’ ” says Amy Hasbrouck, director of Toujours Vivant—Not Dead Yet. “They’re all about, ‘At what point do we kill you?’ ” Even when people do plot out their last days, it doesn’t always go as they envisioned.

Take the case of Margot Bentley, an 82-year-old Alzheimer’s patient living at Maplewood House in Abbotsford, B.C. A former nurse, Bentley is in the late stages of Alzheimer’s. For the last three years, she’s been unable to recognize her family; she doesn’t speak or communicate. Her very limited movements include occasionally rubbing the back of her hand, according to lawyer Kieran Bridge. In 1991, nearly a decade before she was diagnosed, she completed a living will in the presence of two friends. It stated that when her time came, no “heroic measures” were to be taken to keep her alive, specifying: “no nourishment and liquids.” She discussed this with family, who supported her. Yet when they requested that her caretakers stop spoonfeeding her, they said no.

In a 2014 court decision in which Maplewood House, the Fraser Health Authority, and the province of B.C. were defendants, the judge sided with Bentley’s caretakers, ruling that she consents to feeding by occasionally opening her mouth and swallowing. The judge also found that her 1991 document, and a second one, completed sometime before 2011, are unclear and invalid. The judge interpreted Bentley’s wishes as a rejection of being fed and hydrated by a tube, not a spoon. His decision reads, in part: “I do not believe many people would consider eating with a spoon or drinking from a glass, even when done with assistance, ‘artificial.’ ” An appeal has been launched.

Bridge maintains the decision “seems to set an extremely high threshold for the level of clarity required in a written living will.” But Ontario health care lawyer Mark Handelman says there were “formal defects” in Bentley’s documents, both of which were drafted before B.C. had legislation governing advance directives. (This came in 2011.) He advises seeing a lawyer when preparing advance directives and powers of attorney, and revisiting them from time to time. “Most significant is not the document, but the conversation,” Handelman says. “The end-of-life cases I’ve litigated fall into two categories. One, he never expressed his wishes; and two, he never expressed them to me.” As death approaches, he says, “emotion takes over.”

Bernard Hammes, director of Respecting Choices at Gundersen Health System in Wisconsin, one of the most highly regarded advance care planning programs in the world, is of the same opinion. Respecting Choices is based on the idea that planning for all possible outcomes, in just one conversation or legal document, is impossible. Hammes describes the case of an elderly patient who’d completed a living will with the help of an attorney, and sent it to the hospital to be kept with her medical records. After she suffered a massive stroke, “we showed this document to her family, and they were shocked,” Hammes says. “They had never seen it. They said, ‘I don’t think my mother understood what this meant, and she wouldn’t have signed it if she did.’ ”

Legal documents can be troublingly rigid for doctors, too. “I’ve been in situations where a patient comes in, and a family member brings a piece of paper that says ‘no heroic measures,’ ” says critical care physician Daren Heyland, a professor at Queen’s University. “And I say to myself, do I know for sure that this patient knew that, [within] six to 12 hours, I could have turned them around? They had a 100 per cent chance of being fine again. Did they know that?”

Like Hammes, Heyland believes that it’s far more important to discuss end-of-life wishes with family, than to simply complete a living will. It can be traumatic for substitute decision-makers to make life-and-death decisions on behalf of a loved one, he says, “but it’s so much worse when there’s been no planning process.”

In one 2010 paper in the British Medical Journal, Australian researchers followed 309 inpatients aged 80 or over for six months, or until death. Some received standard care; others got standard care plus help with advance care planning (modelled on Respecting Choices) which encouraged them to discuss their values and beliefs, to appoint a substitute decision-maker, and to document their wishes. Of the 56 who died, end-of-life wishes were more likely to be respected in the group that received the intervention. Their loved ones suffered less stress, anxiety and depression.

With the backdrop of the ongoing national debate in Canada about assisted suicide and euthanasia, hospitals, health authorities and the provinces are placing new importance on end-of-life initiatives. Yukon Health and Social Services encourages people to fill out an advance directive, make several copies, and stick a note on the refrigerator that tells family where it is (useful if a paramedic arrives in an emergency). Alberta is set to become the first to launch a province-wide framework for advance care planning. “We’ve tried to create a common language,” says Jessica Simon, physician consultant for the Calgary zone. It includes a shared framework to express goals of care. “Now if a patient is transferring from Calgary to Edmonton, the information transfers with them.”

Even young and healthy people, it seems, can benefit from having a plan. Belinda Hannan is a 23-year-old social work student at Lakehead University’s Orillia campus. She’d given little if any thought to how she’d like to be treated in the event of a life-threatening illness. Then a friend got cancer. “She beat it into remission, and then it came back,” Hannan says. “There was no stopping it.” After her friend’s death, Hannan was gripped by anxiety. She describes the feeling in a blog post for Speak Up, a campaign to promote advance care planning in Canada. “Death happens when you are older, right? Wrong. It is a natural part of life and unavoidable for all of us.” Since then, Hannan has spoken with her mother and boyfriend about her end-of-life wishes. Although her mother was “really uncomfortable, Hannan felt like a weight had been lifted. “We really don’t know what’s going to happen,” she says, but planning “gives me a sense of control.”