Julia Belluz on a study with disturbing implications for patients 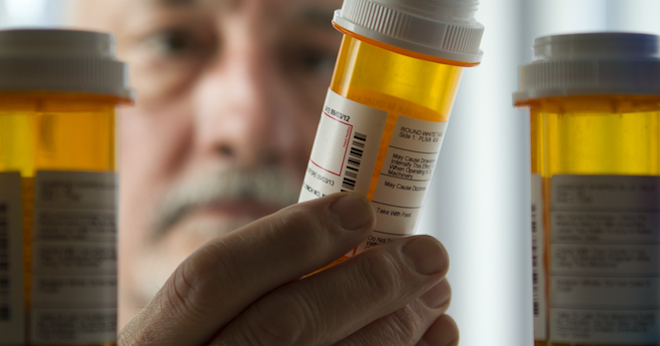 Dale Dewar, a family doctor based near Wynard, Sask., has seen it all. She practiced in rural Iqaluit, and taught in the villages of Pakistan and Northern Iraq. In her decades on the job, the 69-year-old says there was one thing starkly missing from her medical education: adequate warnings about the side-effects of drugs.

One, in particular, stands out: Diazepam, commonly known as Valium. “We were told it was good,” she said over the phone. “It was being used for people who were anxious, and depressed people who presented.” She was even prescribed the medication for a bout of postpartum depression and not warned of the side-effects, which can include addiction. “I don’t remember once being told that we should be concerned about this new drug because the studies are not quite complete, or that only one study has been done.” Dewar wonders if the oversight stemmed from any conflicts of interest at her medical school. “I had no idea the extent of drug companies’ role in medication development and sales,” she said.

But now we do. Research over several decades has shown us that many things can cloud a doctor’s judgment, from industry-sponsored education to encounters with pharmaceutical-company sales reps, and even drug samples provided by those companies. The impact of these practices—over-treatment, mistreatment, death—is well documented and probably familiar to you. And yet, despite the Big Bad Pharma cliché and all the calls for change, we now have evidence that medical schools in Canada may have shrugged at the problem.

A first-of-its kind study, published yesterday in the open-access journal PLoS One, analyzed the conflict-of-interest policies at all 17 medical schools across Canada. Overall, the researchers found policies were “permissive”—meaning most medical schools allowed interactions with sales reps, turned a blind eye to faculty’s relationships with speakers’ bureaus (so instructors who teach students may also have speaking contracts with drug companies), and failed to educate newbie doctors about conflicts of interest despite the minefield they’d be entering. Protocols surrounding drug samples—which we know can influence physicians’ prescribing practices, sometimes for the worse—were practically non-existent.

One medical school (the Northern Ontario School of Medicine) didn’t have a conflict-of-interest statement, telling the Toronto Star that their policy is in development. Others (McMaster University) had policies that dated back to the 1970s, and still others (University of Toronto, University of British Columbia) had either no policy or lax policies when it came to things like academic ghostwriting (when researchers take studies or parts of studies that were written by pharma and pass them off as their own independent work without disclosing the industry ties).

To put things into perspective, the researchers ranked the strength of medical schools’ guidelines out of a possible 24 points. Top scores went to schools with tough conflict-of-interest policies, barring activities like ghostwriting and taking gifts from pharma. Western University—which scored the best in Canada—got 19 points or 79 per cent of the maximum score. Northern Ontario School of Medicine got zero points. Of the 17 schools, 12 got a failing grade of less than 50 per cent.

Queen’s University scored near the bottom for weak or non-existent policies around conflict of interest. Leslie Flynn, the interim vice-dean of education for health sciences, said she was surprised by that conclusion. “The methodology the authors deployed didn’t capture the depth of our policies,” she told Science-ish. “They make an association that the policies don’t exist, and that’s not accurate.”

Adrienne Shnier, the lead author on the study and a PhD candidate at York University in Toronto, told Science-ish that she and her co-investigators made repeated attempts to verify their findings with all medical schools, and most complied. Still, she was disturbed to find out about the lack of education in medical school around how doctors should deal with conflicts. “Curriculum is really important. That’s where students gain the toolbox they will take into the world in dealing with patients. When they are not taught about conflicts of interest, it doesn’t give them the tools to deal with this stuff in practice.”

Of course, there are powerful interests protecting weak policies. “The fact that some of the big hitters—samples, sales reps, speaking engagements—aren’t regulated,” Shnier added, “it’s fair to attribute that to some conflicts the institution may have.”

Such complex, systemic problems are not easily solved. And the medical community is working to change the status quo so that better, cleaner evidence underpins the health decisions we make every day. But while things may have improved in recent years, Navindra Persaud of St. Michael’s Hospital in Toronto told Science-ish change is happening a little too slowly. In 1981, one of his colleagues published a paper on the issue of industry influence in medical education. Thirty-two years later, in 2013, Dr. Persaud published a similar paper. His case study, in the Journal of Medical Ethics, meticulously outlines how industry ties corrupted the pain-management education of medical students and other student health professionals at the University of Toronto.

Unbeknownst to learners, the lectures were partly funded by Purdue Pharma, which makes the painkiller OxyContin. Their teacher had ties to the company. Even their free textbook was produced by the drug-maker. Most concerning, he found that the side-effects of opioids like OxyContin were downplayed and their benefits overstated. This all took place less than 10 years ago and he said current guidelines wouldn’t prohibit similar events now.

Persaud’s case exemplifies why lax policies at medical schools are problematic. If the findings of this PLoS article are accurate, Canadian medical schools have some explaining to do, and Science-ish welcomes their comments.

Science-ish is a joint project of Maclean’s, the Medical Post and the McMaster Health Forum. Julia Belluz is the senior editor at the Medical Post. She will be on a Knight Science Journalism Fellowship at the Massachusetts Institute of Technology. Check back for periodic updates here or reach her at julia.belluz@medicalpost.rogers.com or on Twitter @juliaoftoronto

FILED UNDER: conflict of interest Science-ish