Beware homeopathic nosodes, which aren't the same as a vaccine 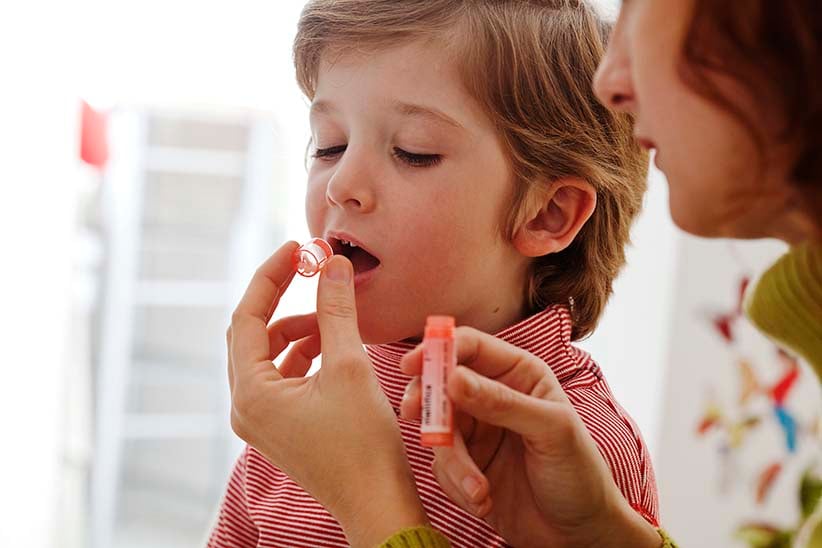 With flu season just beginning, Dr. Nicola Mercer is on high alert. As the medical officer of health for Wellington–Dufferin–Guelph in Ontario, one of her main priorities is to promote immunization in the region. That includes shots for influenza and more than a dozen other infectious diseases, including measles, mumps, polio and hepatitis B. That’s become increasingly difficult, as more people express concerns about the potential side effects of vaccines recommended by the Public Health Agency of Canada (PHAC). In particular, Mercer is worried about the use of nosodes, which are homeopathic products, often taken orally in pellet form, and are sometimes touted as vaccine replacements—despite recent admonitions by governmental and medical groups.

“We began to hear anecdotally about parents saying they were going to ‘immunize’ their children using this ‘alternative vaccine.’ They were using that kind of language,” says Mercer about recent reports she has received from local schools, which track student immunization rates. “And that raises a red flag.”

Mercer’s concerns are shared by others, including Dr. Michael Rieder, a physician and scientist at Children’s Health Research Institute in London, Ont., and chair of the drug therapy and hazardous substances committee of the Canadian Paediatric Society (CPS). He says that until recently, doctors “were hearing about these [products] and didn’t know anything about them.” That prompted the CPS to develop a formal position statement, released in May, stressing that nosodes are “no substitute for vaccines” and that “scant evidence” supports their use in preventing infectious disease in humans. (Proponents say they help boost immunity.) The CPS also urged Health Canada to require stronger wording on nosode labels to capture “the fact that they are clearly not a safe or efficacious alternative to vaccination.”

In July, Rona Ambrose, then the federal health minister, acknowledged that current nosode labels “may not be adequate for Canadians to make informed choices,” and ordered amendments by January 2016 explicitly stating that the product “is neither a vaccine nor an alternative to vaccination” and “has not been approved to prevent infection.” The label will go one step further by including a proviso for parents: “Health Canada does not recommend its use in children and advises that your child receive all routine vaccinations.”

Educating parents has become a key focus for vaccine advocates lately. A landmark survey released this summer by Statistics Canada on behalf of the PHAC revealed that most two-year-olds across the country are immunized, but “there is still room for improvement.” (Vaccination rates are not uniformly tracked in every province and territory, nor is the use of nosodes.) Most noteworthy among the study’s findings was the fact that 70 per cent of parents expressed concern about the side effects of vaccines, and “more than a third wrongly believed that a vaccine can cause the same disease it was meant to prevent.” Nosodes came up, too; nearly five per cent of parents “strongly agreed that alternative practices, such as homeopathy or chiropractic, can eliminate the need for vaccines.”

Confusion and misinformation fuel “vaccine hesitancy,” says Dr. Robert Strang, chief medical officer of Nova Scotia. “A lot of parents really struggle [with the question of] ‘What is right? What is credible?’ ” Adds Rieder, “People got this idea that [a nosode] sounds like it’s natural, less complicated; you can use it instead.” But he says nosodes and vaccines are “diametrically opposite.” The difference is in their composition: “Vaccines are actually concentrated elements [of a disease] that we want to develop a response against,” says Rieder “In contrast, nosodes are very diluted.”

The Canadian Homeopathic Pharmaceutical Association (CHPA) declined to be interviewed by Maclean’s, but referred to a statement on its website that the CHPA has supported “efforts to make consumers aware that nosodes are not intended for use in immunization,” and has worked with government to “assist in responding to the expressed concerns of medical officers of health . . . and the PHAC regarding off-label use of nosodes as alternatives to conventional vaccines.” The statement also says CHPA is concerned, however, about the “lack of consultation and feasibility and timing of implementation” of the label amendments.

The Canadian Association of Naturopathic Doctors (CAND) also declined to speak with Maclean’s, but stated in an email that it supports label requirements: “While naturopathic doctors may use nosodes to support the immune system as part of a patient’s broader treatment plan, the CAND recognizes the value of vaccines,” and naturopathic medical students learn about “the importance of childhood vaccination.”

Whether or not parents hear that message over the anti-vaccine noise remains unclear. Websites promote nosodes for “homeopathic flu prevention” and as “non-toxic alternatives . . . should an epidemic ever materialize.” Mercer also points to nosode advertisements in alternative health stores that “piggyback” on provincial immunization campaigns. She worries that label changes alone won’t reverse the trend of parents substituting nosodes for vaccines. As part of their election platform, the Liberals promised $15 million in each of the next two years to the PHAC, in part “to support a national strategy to increase vaccination rates.” The boost can’t come soon enough for Mercer, whose community has experienced outbreaks of measles, mumps and pertussis in recent years—as have many places in Canada. “These are preventable diseases, and preventable suffering,” she says. “Kids were truly ill, and we don’t wish that on any other child.”