From 2014: Dr. Lance Dodes on why AA's promotion of abstinence may be a problem 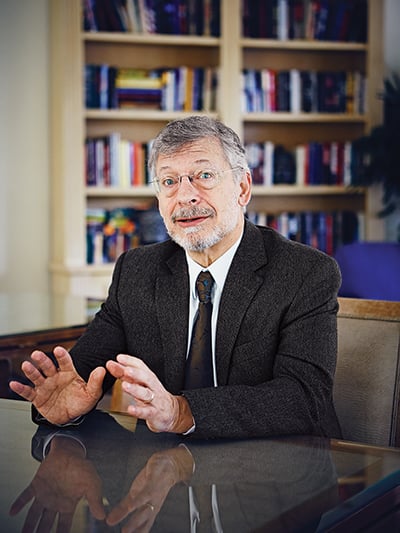 Dr. Lance Dodes has spent more than 35 years treating people who are battling addiction, including alcoholism. In his 2014 book (co-written with Zachary Dodes), The Sober Truth: Debunking the Bad Science Behind 12-Step Programs and the Rehab Industry, Dodes takes a hard look at Alcoholics Anonymous, a worldwide organization that describes itself as a “non-professional fellowship of alcoholics helping other alcoholics get and stay sober.” Today, there are more than 5,000 AA groups in Canada alone, which are free and open to anyone. Dodes, a retired assistant clinical professor of psychiatry at Harvard Medical School, argues that some groups—and many for-profit private rehab centres based on the 12-step model—are often ineffective, and can cause further damage to addicts.

Q: How did you come to work on addiction?

A: I first became involved with alcoholism and addiction in the ’70s, when the place I was working, which is now part of Massachusetts General Hospital in Boston, needed to develop an alcoholism treatment unit. I was director of psychiatry, so I said, “I’ll develop it.” Afterward, I became involved in various addiction treatment programs, including running the state’s largest compulsive-gambling program. Over the years, I became very familiar with AA. It became clear that, while AA works for some people, the statistics just didn’t back it up. The real problem is that [doctors] refer 100 per cent of their patients with alcoholism to AA, and that’s the wrong thing to do 90 per cent of the time.

Q: AA has more than two million members around the world. You say its success rate is between five and 10 per cent. How, then, do you account for its enduring popularity?

A: AA is a proselytizing organization. The 12th step is to go out and spread the word, and they do. Because there are so many people in prominent positions who are members of AA, it gets tremendously good press. If AA were simply harmless, then I would agree that a seven per cent success rate is better than zero. But that’s not the case. It can be very destructive. According to AA, AA never fails—you fail. AA says that if you’re not doing well in the program, then it’s you. So you should go back and do the same thing you did before: Do more of the 12 steps, and go to more meetings.

Q: AA promotes complete abstinence; you argue that this can contribute to feelings of failure.

A: Abstinence as a goal is not evil or bad. If you can be abstinent, that’s better than not. But in AA, it does have this rigid, moralistic quality, specifically, in the way they treat you when you have a slip. If you haven’t had a drink for six months and you have a beer, your number of days sober, according to AA, goes to zero. That’s horribly moralistic, completely unwarranted, and it makes no sense, scientifically or clinically. For people who don’t do well, it’s very disheartening: Not only are you an alcoholic or an addict, but you haven’t been able to work the program. You haven’t done it right. If you look at [alcoholism] as a public health problem, certainly AA would be part of the mix. The real thrust of my book is not to eliminate or destroy AA, but to put it in its proper perspective.

Q: AA famously uses sponsors in recovery—alcoholics helping other alcoholics. Therapists have reported to me that sponsors sometimes instruct patients not to take a medication, for example, even though AA says it’s okay to take medications. Do you think that’s true?

A: That is absolutely true. That’s been a problem for a long time. AA has gotten better about this, but it used to be that they’d say, “Don’t take any medication, because that’s”— to use their expression—“ ‘chewing your booze.’ ”

Q: You write about rehab centres such as Promises or the Betty Ford Center. Promises Malibu charges up to $90,000 for a one-month stay in a private suite, according to your book. These centres offer amenities such as yoga, acupuncture, life coaching and “equine therapy,” and they’re based on the 12-step model. Why do people go into private rehab centres when they could be getting the 12 steps through AA, as you write, “for free in a church basement?”

A: Because they’re doing so badly that they, or somebody else, think they need to be hospitalized. Sometimes that’s true. If you have somebody who’s drinking or taking another drug in very large quantities, they may need to be medically detoxified for their safety. Sometimes it helps to get away for a while.

AA has its limitations, but it’s true, you can get it for free. To AA’s credit, they don’t endorse rehabs, but the fact is that almost all of them are 12-step programs. They’re basing their program on something that has a five- to 10 per cent success rate. The horror is that people spend their fortunes; I mean, not everyone is wealthy. We’ve all heard terrible stories about families who’ve spent all their life savings trying to help a kid who goes in and out of rehab, time after time, and it’s $30,000 and up for a month. If you or your family has spent a fortune, the experience of failing is that much greater.

Q: Addiction is now generally agreed upon to be a disease, but you challenge this in your book. If it’s not a disease, what is it?

A: It’s a symptom. I had [a patient] who was an alcoholic. Her husband was very domineering and she always obeyed him, and then she’d have a drink. That’s how she dealt with her helplessness. One time, he gave her a letter to mail in his usual imperious way, and in her usual way, she said, “Yes, dear.” But instead of getting a drink, she lost the letter. When she lost the letter, she didn’t feel like she had to drink. That’s why I say it’s a symptom: It’s a compulsive way of dealing with feelings of helplessness.

Q: Studies have indicated certain changes in addicts’ brains, which show up on fMRI scans. Doesn’t that support the notion that addiction is a disease?

A: Since the ’90s, [in studies] people have gotten rats addicted to heroin and given them certain cues. Later, without any heroin, they showed the rats the same cue; the rats would run around, get excited and look for heroin. They looked into their brains, and what they found is that this conditioned reﬂex had a biological basis, namely, when the rats were exposed to cues like a bell ringing, they released dopamine in the reward pathway of their brains. They had a hyper-response to the drug, compared to rats who hadn’t been exposed to heroin, and this change in their brains was permanent. Scientists [argued that] this is a chronic brain disease in rats, and that must be the cause of addiction in humans.

It is true that we and rats share the same reward pathway, and it is true that, if you look at alcoholics or other addicts, their brains do show the kinds of changes the rats had. But the problem is, it doesn’t cause addiction in humans, because our brains have a massive cerebrum, and that’s what determines what we do most of the time. If we were like rats, there would be no civilization.

Q: Isn’t that a controversial perspective?

A: I’d say it’s extremely controversial, in that everyone accepts it’s a disease. This takes out some of the moralizing about addiction: Instead of being bad, you are sick. That’s a good thing, because there is no reason to moralize about people suffering from addiction. But the word “disease” becomes a black box and doesn’t explain anything. From the standpoint of trying to understand it as a psychological symptom, it’s a problem.

Q: In that case, how do you believe addiction should be treated?

A: I have a theory that works well for my patients. When people have that first urge, or even the thought, of doing something—drinking alcohol, gambling, it doesn’t matter—that’s the key moment in addiction. You can sort of ignore everything that comes after that, including the addictive act. The question is: What starts you down that path?

What I’ve found is that there is always a moment of feeling overwhelmingly helpless. The kind of thing people feel helpless about is individual; you have to figure out what it is that makes you feel that way. When people feel helpless, they also feel a great rage. That’s what I believe drives addiction.

You can [learn to] anticipate when the next urge is going to occur by looking at all the instances when these urges come upon you. I have patients who say to me, “I will have an urge to take my pills on April 20.” They already know something coming up in their lives will be a trigger.

Q: Many experts say we have a “patchwork” system of treating addiction, with a huge variety of methods, models and opinions. What’s at stake if addiction treatment doesn’t improve?

A: We’ll have the same major public health problem we have now, and we’ll have more loss of life. In recent years, more people are questioning AA, and I’m hoping this will [continue]. I’d like to have doctors stop referring everybody to AA. Instead, make an assessment, figure out who are the five per cent who will benefit, and send them.