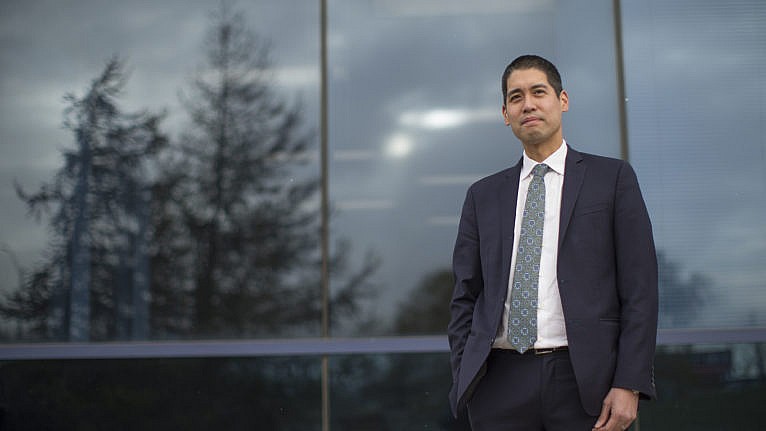 On March 14, 2020, Dr. Lawrence Loh stepped into his new role as medical officer of health for the Region of Peel in Ontario. Two days later, he issued his first call to close in-person dining and nightclubs. Since then, he’s repeatedly used his powers to order stricter measures for Peel than those required by the province.

Q: Can you explain why Peel has been disproportionately at risk for the spread of COVID-19 compared to other places in Canada?

A: The Region of Peel is the county to the immediate west of Toronto. It’s been one of the hardest-hit regions in Canada and definitely the hardest-hit in Ontario. That has to do with the nature of the community makeup. We have a large manufacturing, warehousing and distributing sector that has grown up around the country’s busiest airport at Pearson. Over the three waves, residents continued to work. Many of those who work in essential jobs tend to be our newer Canadians; they tend to be our more racialized Canadians. They were exempt from the provincial restrictions and, as a result, have been getting sick and hospitalized and have passed away in significant numbers.

Q: You made the call to close workplaces with outbreaks of more than five workers. Why did you make that call?

A: It reflected what has been a longstanding issue in our community. As the second wave was ramping up, Ontario reduced a lot of discretionary contacts through closures and curtailments—the restaurant sector, the small business sector. But Peel’s rates remained at a significantly high plateau between the months of November and March. And that is what I have always called our essential worker challenge in Peel. Ultimately, those numbers are driven by outbreaks in large workplaces, warehouses and distribution centres. We were able to keep that contained through old-fashioned contact tracing so we didn’t see the second wave spiral out of control. But those measures are starting to be less effective in the face of the variants which spread far more quickly and far further. By the time we got to some of these workplace outbreaks, numerous workers had been sick and it had just gone too quickly and too far. Peel and Toronto felt that we needed to take the same model as has been taken with schools: If you start detecting cases, you need to send everyone home to break the chain of transmission while you’re conducting your investigation.

RELATED: Here’s what you really need to get a COVID vaccine in Ontario

Q: Throughout the last year, you’ve been called a public health hero for your willingness to step ahead of provincial requirements. How do you feel about that?

A: I think the real heroes are the people who stand beside me, shoulder to shoulder, in the public health unit and across regional government. I’ve had tremendous support from my regional council, my mayors, my councillors. We don’t always agree on all the measures, but they have given us the support and have an understanding of the unique context that we have in Peel.

Our hospital and health care partners are really on the front line of this. They’re the ones that I think of all the time, together with the patients in our hospitals. We’re ultimately one team.

If I had to boil down my response, I would say it’s not that I’ve stood up or done anything other than to serve my community. And the reality is that as a local medical officer of health, my mandate is to speak to what I’m seeing on the ground in the Region of Peel and what needs to be done. Our situation is unique. I would say my actions are driven by context and my desire to be professional and stick true to the mandate to protect the community that I’m privileged to serve.

Q: What’s been the toughest part of the pandemic for you?

A: I’m certainly thinking about people in the hospitals fighting this on both sides of the bed rail, but I also recognize that the measures themselves have had a significant toll on our community. My advice is to stay home, don’t see family and friends. As an extrovert, that’s very difficult for me. And I actually have steadfastly stuck to my own advice. I’m constantly on Zoom calls in the evenings, trying to decompress and getting some of those social pieces in there. I know that some of these measures have been really hard on our small businesses and restaurants, places that I frequented. I often think, in any other natural disaster, you would help people to take steps to be safe. If it were an earthquake or an ice storm, people would close up shop. There wouldn’t be this discussion about, should we open, should we not open. Yet because of the prolonged nature of this disease, our ability to empathize and understand that there is a human health emergency occurring is much more difficult.

I find it very hard to make the decision around closures and curtailments. I hear the frustration of our business owners. People say, ‘Oh, these things are impacting mental health. They’re impacting well-being. They’re stressing people financially.’ But I don’t exactly think Brazil or the United States or India, where this is completely out of control, is a paragon of mental health or economic health. The reality is we’re living through an unprecedented human health disaster, and we can try to do something and save lives [and it will be hard], or we can do nothing and you’ll have hospitals that are overflowing and people that are succumbing to the disease in record numbers.

Q: Let’s say you’re the premier of Ontario. What would you do tomorrow?

A: That is one of the most difficult jobs in Canada. I have tremendous respect for Premier Ford. I’ve had numerous conversations with him and with Chief Medical Officer of Health [David] Williams. Just as I have my local perspective and my mandate to serve the Region of Peel, they have a different perspective in a very diverse province. I understand the challenges that face the premier’s office.

RELATED: How did it come to this?

If I had the opportunity to advise the premier on things to think about, I would say two things. First, in terms of the third wave, simpler is better. We really just need to reduce contact. It needs to be something like what we saw in the first wave: get people home.The sooner you get the contact interactions down, the sooner the transmission stops, the sooner we see that curve plummet. Second, with respect to vaccines, I would also say keep it simple. While the vaccine rollout in Peel is going very well, it’s increasingly tied up in discussions around which group goes next and where. The original proposal of the Ontario Science Table was to go down by age bracket and then target hotspot regions. That was it. Age is objective, age is fair. If you go down all the different age groups, you cover different people in classes of essential workers, people with medical conditions, et cetera. And it’s simple. You can put a calendar out there and say “This is when you’re projected to get your dose.” Right now, I feel that the immunization discussion has gotten bogged down and the more that happens, the longer it’s going to take us to get through this. And that’s something that nobody wants. Ultimately, I think [the premier] and I share the same goal: to see the back of this thing as quickly as possible.

Q: You stepped into this job just as the pandemic was declared and community transmission began in Peel. Who are the role models you look to?

A: I actually took over three days before issuing my first closure recommendation. I never envisioned that I would be here in this role, leading our health department in the midst of a global pandemic. That was never really my plan when I went into public health residency. Many of the people that you see in the news as public health officers are people I have worked with throughout my entire life. Dr. Eileen de Villa hired me. And she has continued to remain a very close colleague throughout the rise of pandemic and someone that I look up to.

RELATED: This family doctor personally called every 80-plus patient to notify them of vaccine eligibility

[Former CMOH for Ontario] Dr. David Mowat, Dr. David Williams and [Associate Chief Medical Officer of Health for Ontario] Dr. David McKeown—the three Davids as we like to call them. I know that Dr. Williams has had questions around his communication style, but I also know the work that he’s been doing in the background. We’re a very tight-knit community in public health. Dr. Bonnie Henry and Dr. Deena Hinshaw are peopleI’ve been at conferences with, worked very closely with, and am privileged to be able to help out as part of a cross-country team to truly try to address this pandemic.

Q: Have you been threatened and harassed over the last year?

A: Not threats to my life, no. But I would say that there definitely have been veiled threats. I would say that there have been conspiracy theories and suggestions that I might swear allegiance to a foreign power, which I find laughable because I was born and raised in southern Ontario. It has certainly been difficult. But I also hear from many in our community who understand the gravity of what we’re trying to accomplish here. The support of my wife, my kids and the tremendous team and council that I work with has really given me the wherewithal to continue on and to make sure that ultimately we get through this and come into a better day, which is definitely ahead.