Ebola cases were supposed to increase exponentially and reach 1.4 million. They're all over the place. Why? 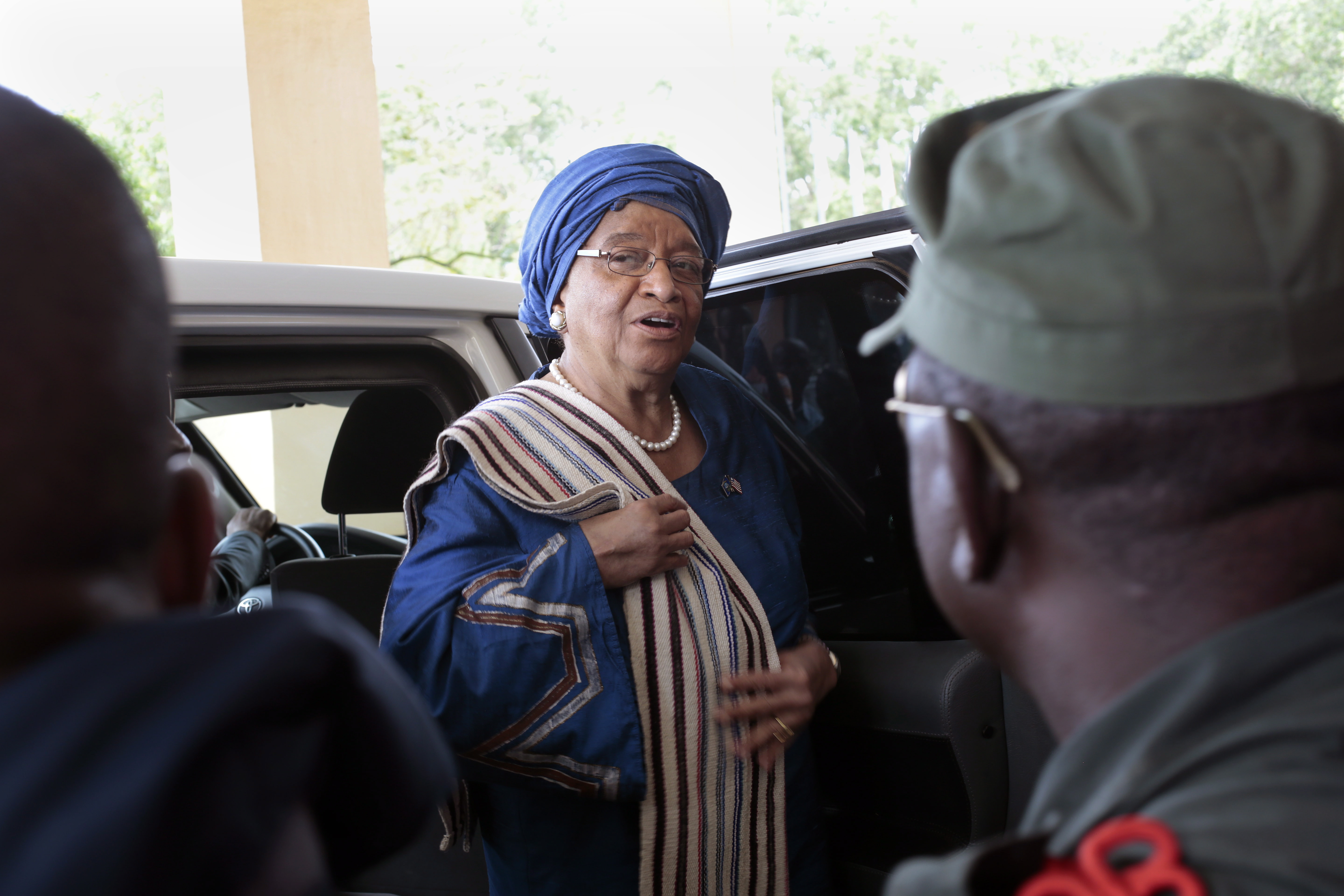 For months, the news about the West African Ebola outbreak has been more of the same—more cases, more deaths, more international alarm. The nightmare scenario predicted by the World Health Organization is fast approaching: by December, the agency expects 5,000 to 10,000 new cases each week. In the eight days between Oct. 25 and Nov. 1, 3,426 more people were reported sick.

But the exponential growth—which would hit 1.4 million cases by January 2015 if left unchecked, according to the CDC—seems to have hit a bump, particularly in Liberia.

The country has seen the most Ebola cases and deaths by far, and is the source of some of the most dismaying images from the past few months: hospitals full to bursting with patients dying at the doors, bodies left in the streets because burial teams couldn’t keep up. With delays plaguing the construction of field hospitals, experts didn’t expect Liberia’s situation to improve anytime soon. And yet—somehow—it has.

The numbers fluctuate wildly from week to week, but new Ebola cases in Liberia have been on a downward trend since mid-September. Until about a week ago, the WHO called the decline “unlikely to be genuine,” and suggested it was a sign that labs couldn’t handle all the samples and overwhelmed health workers were letting record-keeping slide. (Ebola is raging out of control in Sierra Leone, although it is calming in some areas and popping up in others that had previously been spared. Guinea is seeing roughly the same number of new cases each week.)

Now there are other signs the decline in Liberia is real: on Nov. 7, MSF, the primary health care provider on the ground, said far fewer Liberians are being admitted to Ebola treatment centres. One MSF hospital has no patients at all. Liberia’s health ministry told the BBC two-thirds of the country’s 696 treatment beds are vacant. What’s going on?

It’s hard to tell exactly. There are a number of major factors clouding the data and concealing the true burden of the epidemic. First, the number of infections is an amalgam of three different numbers: suspected, probable and confirmed cases. The “suspected” category is broad and includes any sudden, unexplained death in an outbreak zone. Cholera, malaria, and other infections can easily be mistaken for Ebola. Last week 239 suspected cases in Guinea were thrown out.

The WHO’s case definitions differ from those used in the field, says Dr. Neil Vora, a CDC epidemiologist who spent October monitoring Ebola in rural Liberia. Since the disease spreads through infectious body fluids,  patients with Ebola-like symptoms wait in the “suspected” ward while they are tested for the disease, but if they develop severe diarrhea, vomiting or bleeding they are moved into the confirmed ward, whether or not they’ve had a positive test.

Vora says he saw slapdash data collection. Each Liberian county has its own system for collecting data and relaying it to the ministry of health in Monrovia. During his stay, new cases seemed to be going down each week, but he couldn’t say for sure. “A lot of the counties don’t even have the infrastructure to keep up with data management,” he says. “There’s a limited number of computers. They don’t have consistent Internet access. Or you’d have to make phone calls, but there were limited funds, so people would use their personal phones.”

With resources and staff so drastically limited, Vora says some people are falling through the cracks. But he points out an often-overlooked fact: the availability of treatment doesn’t necessarily affect the speed or intensity of Ebola’s spread. The four keys to halting the outbreak are informing the community, ensuring safe burials, contact tracing, and isolating the sick. Lifesaving measures like rehydration therapy, antibiotics, and anti-fever medications are not on the list .

There’s general agreement that Ebola is underreported , but no one knows by how much. The U.S. Center for Disease Control and Prevention speculates that, at the high end, the epidemic is 2.5 times more cases than we know about. So the real number of cases could be about 33,000, rather than the official 14,098 infections and 5,160 deaths. Those figures make it seem like 37 per cent of Ebola patients die, rather than 70 per cent. But each report is a snapshot of a moment in time, not a definitive tally. Many of those 14,098 people are still sick, but will die; or have died but have not been counted yet. That’s how fast the outbreak is moving: about 57 per cent of all reported Ebola cases, ever, have been reported since Oct. 1, 2014.

Finally, Ebola fatalities may ultimately be dwarfed by the death toll of what MSF president Joanne Liu calls “the emergency within the emergency.” For months, hospitals and clinics in Guinea, Liberia, and Sierra Leone have been closed or commandeered solely for Ebola patients. Even where beds are available, all but the most desperate are too scared to venture in. And with 320 health care workers felled by the virus, there might not be anyone inside the hospital who can help. Already there’s been a surge in maternal mortality because women don’t have safe places to give birth.

The United Nations has put out a desperate call for doctors and nurses to volunteer in the Ebola fight. Maybe it’s time to recruit some more epidemiologists and statisticians as well.