The complexities of evidence in the context of alternative medicine 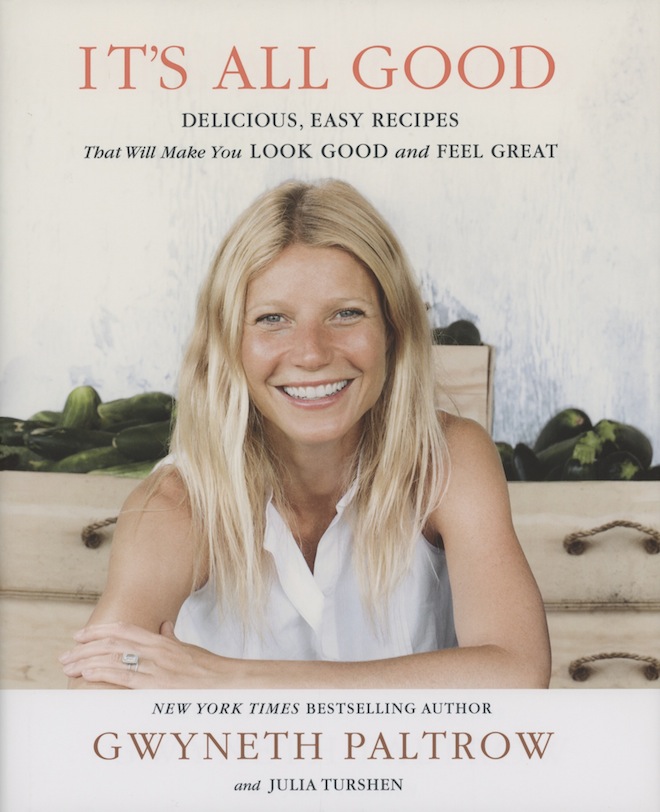 Alejandro Junger is a “cleanse specialist,” a detox evangelist and a celebrity healer. These days he’s best known as Gwyneth Paltrow’s doctor, the medical expert behind her new diet and cookbook.

When Science-ish received an invitation to speak with Dr. Junger, we accepted. It seemed as good a time as any to explore the complexities of evidence in the context of alternative medicine.

Paltrow’s new cookbook It’s All Good is based on Dr. Junger’s “elimination diet,” which involved abstaining from many foods—wheat, meat, potatoes, sugar, dairy, eggs, even some vegetables—to restore her health after a year of stress and french fries.

Dr. Junger has advised Paltrow and other celebrities on alternative therapies. Now, he offers a range of cleanses on his website, treatments many “mainstream doctors”—if you call them that—would say are woo-based at best and malpractice at worst.

In the spirit of scientific inquiry, Science-ish called Dr. Junger.

The doctor was fresh off an appearance on the Dr. Oz Show, which for skeptical readers might sound alarm bells. We talked about the science that underpins his work. “The best evidence is the results that I see with patients,” said the U.S. board-certified physician in internal medicine and cardiology.

He talked of turning around the lives of frayed and frail patients. In scientific language he described tests that identify “toxic triggers,” the things that might “damage” someone’s guts.

He offered a moving anecdote about a childhood friend from Uruguay, where he grew up. The friend’s wife was diagnosed with Behçet’s syndrome, an inflammation of blood vessels that can lead to chronic pain, blindness and sores in the mucosa-lining of the mouth and sex organs. Doctors put her on chemotherapy and the steroid prednisone, but she couldn’t get better.

Then she met Dr. Junger.

Without running a test he knew she had a “leaky gut.” He said he prescribed medications to get rid of her yeast overgrowth and parasites, plus probiotics and a “gut-program diet.” In two weeks, 95 per cent of her symptoms vanished. “She felt better than she had ever felt!” said Dr. Junger. “No chemotherapy. No prednisone. Not even an aspirin.”

(The new science of the gut is very promising, but it’s early days. As well, there’s no good science behind a recreational “detox” unless it’s in the context of an overdose or occupational hazard.)

Dr. Junger says he wishes more doctors would explore “open-minded medicine,” including alternative treatments and lifestyle approaches. “I want people to learn not to take the prescription pad out and write one for prednisone and chemotherapy that fast.”

Who hasn’t been defeated by the limits of medicine or a doctor’s eagerness to prescribe pills? Who doesn’t want to transform their life and feel their absolute best? Who would say no to a quick fix — especially one you can buy online for $425?

Near the end of our call, Dr. Junger extended an invite to L.A.  “Spend a few days,” he said. “I’ll get you cured of the evidence-based medicine disease.”

Before hopping a plane, Science-ish wanted to explore some of Dr. Junger’s claims.

The doctor points to success stories to defend his practice. When asked if he systematically studies patients and compares them to a control group, to explore if results are real and long-term, one of Dr. Junger’s colleagues explained that such an approach would take years. “We are not a hospital or research institute or funded by the NIH (National Institutes of Health),” the colleague added in a later email. “We don’t have the resources, nor is it our focus.”*

But evidence-based medicine doesn’t work that way. Decisions are drawn from science and rooted in the best-available research. When therapies are new, practitioners proceed with caution. Even when the placebo effect might offer relief to a desperate patient, an evidence-based doctor considers potential harms and falls back on the science.

Or he undertakes careful study to get better research. Take Dr. Stephen Sagar, a McMaster University oncologist who started to explore alternative medicine in the mid-1990s. Patients were arriving in his clinic on myriad therapies to “cure cancer,” from unregulated drugs, to herbs, supplements and special diets. At the time, there was little research on how such treatments affected cancer patients. Dr. Sagar’s research in Hamilton and with teams of U.S. academics was not promising. “We found many of these interventions have been shown to have no benefit.” (Dr. Sagar contacted Science-ish after this piece was published to note that some randomized trials have found that a small number of alternative treatments alleviate symptoms related to cancer, such as acupuncture for pain.)

Even still, he meets patients experimenting with various forms of alternative medicine—treatments suggested by “grandmothers, hairdressers, some kind of urban myth or one person they know who got cured.”

When evidence is emerging or unclear,  Dr. Victor Montori starts with the first principle of the Hippocratic Oath: do no harm. “There’s a risk-benefit balance, and in the absence of knowledge,” says the professor of medicine at the Mayo Clinic, “I take a conservative attitude, stay away from the stuff that’s new, that’s untested.”

In his decades on the job, he has watched the evolution of science expose the dangers of touted treatments from diabetes drugs to supplements.  “Advocacy shouldn’t be for the widespread adoption of natural or alternative medicine products,” he said, “but for testing.”

Amazing cures and dramatic treatment effects don’t come around too often. (See Chapter 5 of Testing Treatments.) Knowledge builds slowly, incrementally, and then medical practice adjusts. That’s why Dr. Donald Hensrud, preventive medicine specialist at the Mayo Clinic, says it makes no sense to turn around what we know about what makes us healthy every few years. Reflecting on the diet fads of the last decades, from high-protein, to low-fat, and locavore, he added: “Diet should be evolutionary, not revolutionary.”

Indeed, Dr. Junger wouldn’t be the first to build a health brand based on weak science or worse. One of his key competitors in the gluten-free camp is Wheat Belly mastermind Dr. William Davis, who has fingered the ancient grain as the source of all dieting evil. Like the many food faddists before him, Dr. Davis holds up his patients’ success stories as evidence his diet works, and says he doesn’t want to wait for the science to catch up. But as this academic analysis points out, while the diet may work in the short term for some, it’s probably because it forces calorie reduction not because of cutting wheat. As well, there’s little chance dieters will be able to stick to the demanding program.

Both Junger and Davis are physicians who would know you shouldn’t rely on anecdotes—no matter how awesome—to form the basis of clinical decisions, which should remind us of something else we do know from science: human beings are irrational, with a real incapacity to see reality when we have conflicts of interest like a health empire at stake.

Tests and time might yet reveal Dr. Junger’s cleansing systems, elimination diets and leaky-gut remedies to be the panaceas he promises. At that point, like any medicine that works, it should be added to the armamentarium. Until then, miracles based on anecdote must be considered science-ish, no matter how scientific they sound.

*Update: Dr. Junger’s CEO reported they are in talks with teaching hospitals to study the Clean program.

Science-ish is a joint project of Maclean’s, the Medical Post and the McMaster Health Forum. Julia Belluz is the senior editor at the Medical Post. Got a tip? Message julia.belluz@medicalpost.rogers.com or@juliaoftoronto on Twitter