Irisin increases the number of calories that are burned, and also helps control blood sugar levels 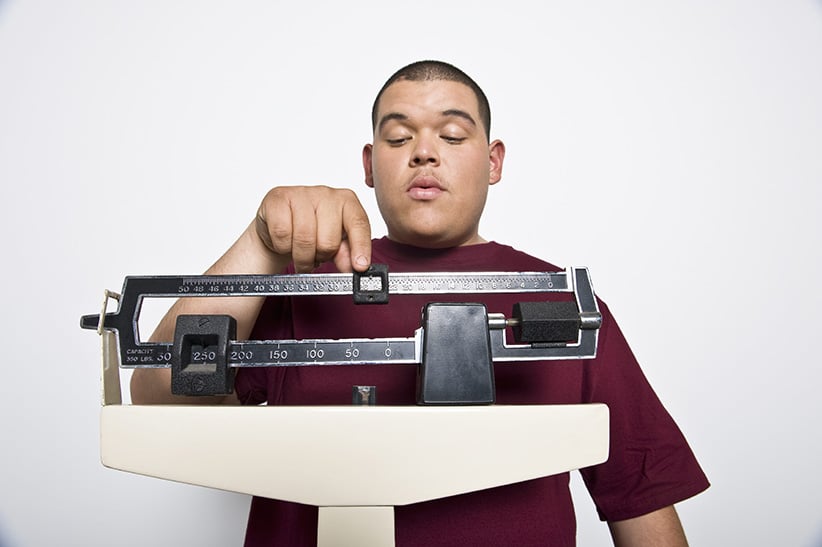 FREDERICTON – People struggling to lose weight might one day be able to find help in a simple blood test that tells them how effective exercise is for them, a New Brunswick researcher says.

“The rule of one (weight loss) plan fits all doesn’t apply anymore. We have to be more precise than that. That’s exactly what we’re trying to do here,” Martin Senechal said Tuesday.

The University of New Brunswick kinesiology professor has launched a study on irisin, a recently discovered hormone released by muscles during exercise.

Irisin was discovered at Harvard Medical School in 2012.

Senechal said irisin increases the number of calories that are burned, and also helps control blood sugar levels – though it’s unclear if the amount of hormone released varies from person to person.

“That’s what we’re trying to test here,” he said.

Exercise always has benefits, but Senechal hopes to be able to identify people who should prioritize other options for weight loss.

“When you think about physical activity, it’s a science. It should be individualized and that’s what we’re trying to do here,” he said.

Senechal’s research team is looking for 30 people, between the ages of 19 to 35 and over 60, who carry extra body weight.

“We’re having people who are going to do weight lifting exercise sessions and we’re going to measure that hormone,” he said. “We’re looking at comparing younger people against older people. They are going to have exactly the same fitness level or the same obesity level.”

The volunteers’ blood will be tested at various times during three exercise sessions. Senechal said he wants to know how much of the hormone is released, and whether it peaks during or after the exercise.

Senechal said one of the health benefits of the hormone is the enhancement of what’s called glucose metabolism.

“In other words, it helps you to control your blood sugar. From a diabetes perspective it could potentially have a huge impact,” he said.

Senechal said he expects pharmaceutical companies are taking a big interest in the hormone in the hopes of developing new drugs for diabetes.

“How it’s going to help us is to design better intervention for people that are overweight or obese or at risk for Type 2 diabetes,” he said.

Senechal said it’s too early to know if someday people might be able to take supplements of irisin to help lose weight.

He expects to complete his study by the end of the year.