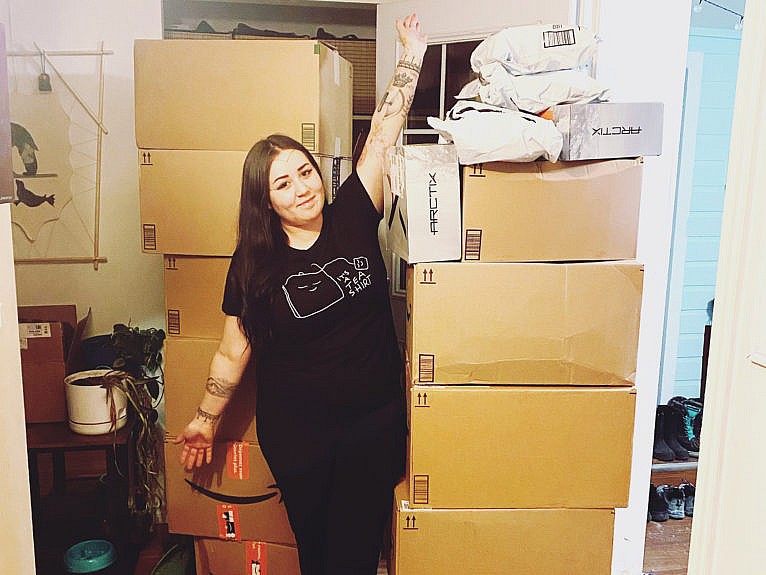 Flaherty, as the boxes of donated food and essentials piled up in her home. (Courtesy of Kyra Flaherty)

With almost a million likes and some viral videos to her credit, 24-year-old Kyra Flaherty has spurred real change in her hometown of Iqaluit. Balancing her responsibilities as a nursing student and a mother of three, Flaherty has become a prominent Inuit voice on TikTok and a figure that many in Nunavut’s capital turn to in times of need.

TikTok is the outlet where Flaherty pushes for substantive political action on the struggle many in the city of 8,000 face affording nutritious food. It all started with a series of videos in which she flipped through eye-popping photos of food prices at the city’s grocery stores—most notably a $33.69 bag of chips and a $162.99 bag of dog food. Then, as comments of disbelief poured in from around the world, hundreds of supporters asked how they could help. “Some asked me if there were petitions to sign or an organization they could donate to,” says Flaherty. “But the most common show of support was people sending boxes up here.”

Since August, Flaherty has received more than 200 boxes—many via Amazon—brimming with non-perishable food, school supplies, warm clothing, vitamins, home cleaning products, toiletries and personalized messages of hope and healing. The level of support has been “absolutely insane,” Flaherty says, recalling that, a few months ago, boxes were stacked high throughout her home. With the help of her children, Flaherty sorted through the donations and delivered them to individuals who let it be known through the town’s Facebook group that they consistently struggled to afford food. Some were her own friends and relatives.

Her followers’ generosity also helped her crowdfund $3,497, which went towards the purchase of 75 pairs of snowboots for children. “Because of how cold it is here and how high the snow can be, I thought boots would be the perfect thing. I notice so many kids at my daughter’s school wearing little shoes or boots that are too big or run-down,” Flaherty says.

The inflow of food donations has since slowed, while the food bank in Iqaluit struggles to serve residents who line up to make use of its services, says Flaherty. To make matters worse for struggling families, the city has been under a state of emergency since Oct. 12, as the public water supply remains contaminated with gasoline.

And Flaherty still hears from people in need. In November, a single mother of four messaged her on Facebook to see if she had any donated food for the woman’s family to eat. With the boxes of donated food gone, Flaherty put together a box using food from her own cupboard. 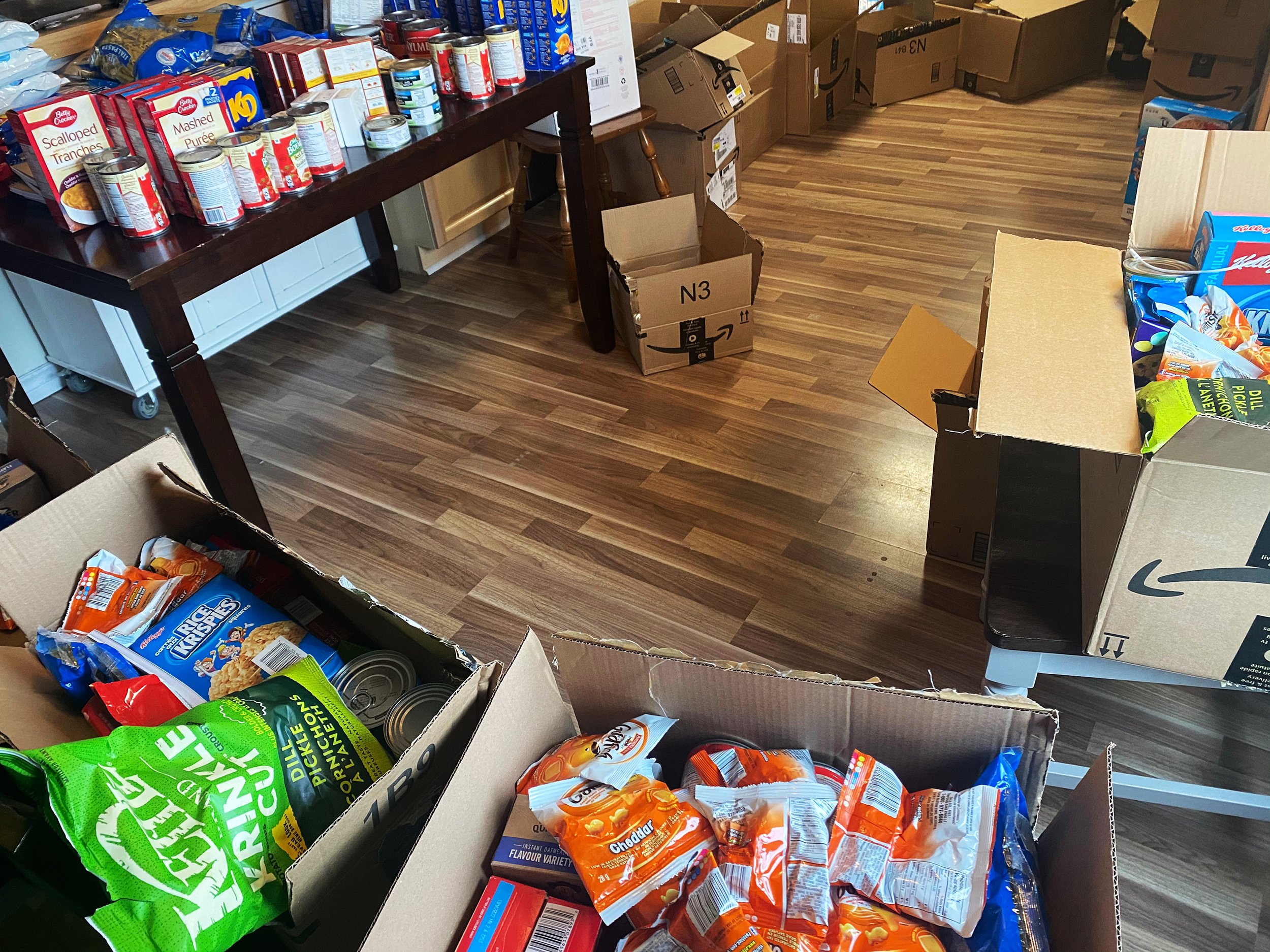 “I’ve become known to be the one people reach out to, because they have nowhere else to go,” says Flaherty, recalling another woman who was reduced to tears when she received a box of donated food. “She lives with her grandson, it’s just the two of them, and she didn’t know what she was going to feed him that day.”

“I’m learning about the real struggle that people are going through. I was aware of it before, that’s why I started doing this. I just didn’t realize how deep it was,” she says. While she openly welcomes people to send her donations to distribute, Flaherty is conflicted about her newfound role in the community. “I will be doing this as long as I have to, but I hope it’s not too long. Not because it’s time-consuming, but no one should have to be doing this.”

For now, though—as millions of food-insecure Canadians struggle to put food on the table—Flaherty is leading by example, hoping her thousands of followers will take initiative in their own communities.

She encourages people to donate to Iqaluit’s food bank, or to her. If they can’t she says, “they can always volunteer at a soup kitchen for an hour in [their community]. Little things like that make a really big difference.”

Nathan Sing writes about food security and hunger issues in Canada. This holiday season, he is reporting on innovative initiatives that address the roots of  food insecurity, with emphasis on how average Canadians can help.

Sing’s one-year position at Maclean’s is funded by the Maple Leaf Centre for Action on Food Security, in partnership with Community Food Centres Canada. Email tips and suggestions to nathan.sing@macleans.ca.