How our children's guts can affect their adult health

A baby’s gut bacteria shape her health, and may partly explain rising rates of asthma, allergies and obesity 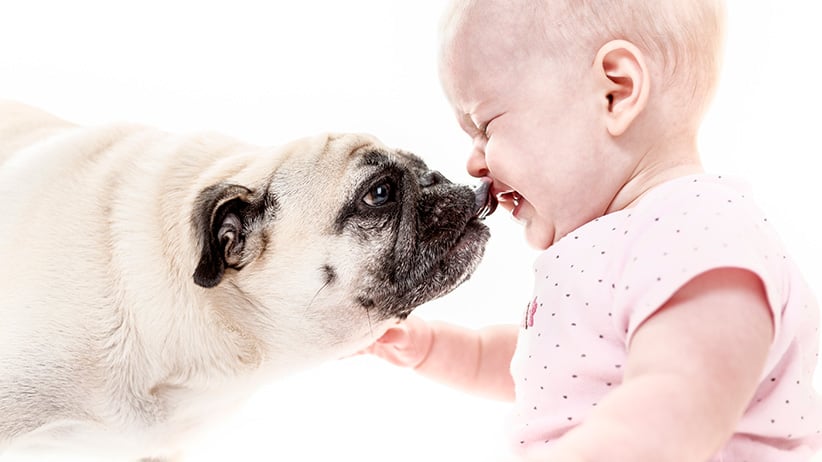 It’s a modern medical mystery: Across the Western world, a growing number of people—especially children—are suffering from asthma, and nobody can really say why. In barely one generation, “we’ve seen rates triple or quadruple,” says Dr. Stuart Turvey, a professor of pediatrics at the University of British Columbia and B.C. Children’s Hospital. About one in five kids has asthma today. “It’s the No. 1 reason they’ll come to a children’s hospital, or miss school. It’s the No. 1 cause of physician billing for children in Canada.” Genes must predispose some people to this chronic lung disease, but Turvey’s research, published in the journal Science Translational Medicine, suggests that a baby’s gut bacteria play a critical role. Infants who acquire four specific types of bacteria by three months of age, he and his co-authors found, are actually protected from getting the disease. As the latest science shows, a baby’s gut bacteria will shape her health well into adulthood. Changes in the gut partly explain why conditions such as asthma, allergies and even obesity are seeing a staggering rise in the West.

As long as humans have existed, bacteria have lived in, on, and around us. Each of us is home and host to our own microbiome, a community of bacteria, unique as a fingerprint, which begins to establish itself from the moment we’re born, if not before. Babies acquire a big dose of bacteria as they pass through the birth canal, and fill out their microbiome during the first year of life or longer. (Some say colonization begins before birth: In 2014, U.S. scientists reported the discovery of a unique microbiome in the human placenta.) Gut bacteria provide nutrients and vitamins for growing babies by synthesizing vitamins or amino acids. And they help “train the immune system,” says Anita Kozyrskyj, professor of pediatrics at the University of Alberta, especially in crucial early months when immune cells are developing. But when something throws the microbiome’s development off course, the immune system can go haywire. A huge number of women receive antibiotics during or after childbirth, and they’re the most common drug prescribed to children. While many of these drugs are certainly necessary, they seem to be having unintended consequences.

Related: Scientist Giulia Enders on the power of the human gut

In a recent study of 198 healthy Canadian babies (3,500 families are participating in the multi-year research into the causes of asthma and allergies through the Canadian Healthy Infant Longitudinal Development, or CHILD, study), Kozyrskyj observed that 44 per cent of moms had received antibiotics during childbirth, most often because they’d had a caesarian. At three months, these babies had altered microbiomes; changes persisted to their first birthday among the group delivered by emergency C-section. (Breastfeeding seemed to mitigate some of the effects.)

It’s hard to say why the emergency C-section babies showed the biggest differences, but they and their moms were more likely to receive multiple courses of antibiotics, both during and after birth. Their breastfeeding rate was about the same as the others. “For years, we’ve known it’s okay to breastfeed while taking antibiotics,” Kozyrskyj says. Even so, the drugs do pass in small amounts through breast milk, and could cause a shift in the baby’s gut microbiome, or even change the composition of the milk itself. In any case, the problem seems to be “multiple exposures of antibiotic,” according to Kozyrskyj. She’s also found that Canadian babies with less diverse populations of bacteria in their guts were more prone to food allergies.

Turvey’s research, too, suggests that the first three months are critical. He and his colleagues looked at fecal samples from 319 Canadian infants (again, participants in the CHILD study). By the three-month mark, those who had lower levels of four bacteria were more likely to develop asthma. Babies pick up these bugs, nicknamed FLVR (their lengthy Latin names are Faecalibacterium, Lachnospira, Veillonella and Rothia) from their environment, Turvey says. By their first birthdays, the babies’ FLVR levels were more similar, suggesting that the first three months are critical to train their immune systems—and that, even if they pick up the beneficial bugs later on, the damage may already be done.

An imbalance of gut microbes has been implicated in obesity. A 2015 study from the University of Minnesota found a link between antibiotic use in babies, disordered gut bacteria, and disease later in life. “With broad-spectrum antibiotics, you’re reducing diversity in the gut,” says lead author Pajau Vangay. Even if that diversity returns later on, the community of bacteria could look very different than it might have. Studies in lab rats, Vangay says, suggest that the gut bacteria of obese individuals are able to pull more calories from food than in lean counterparts. Certain “obesogenic” bacteria might even be passed along from mother to child. Kozyrskyj is studying babies’ meconium, their first dirty diaper after birth. Long thought to be sterile, it turns out there are bugs here, too. What’s fascinating, babies born of overweight mothers had certain types of obesogenic bacteria in their meconium, which could put them at risk of being overweight in the future.

Research into the microbiome, especially how it establishes itself in babies, is a very new field; these studies mostly teach us how much we’ve yet to learn. They also offer exciting possibilities for treatment. Maybe, not so long from now, newborns will be dosed with “good” bacteria (such as the ones Turvey and his team identified) to reduce their risk of developing asthma or other conditions. Turvey and his colleagues already tried something like this, in newborn mice, and it seems to have worked. More immediately, doctors could test babies’ stool samples and check their FLVR levels as an indicator for whether they’re at risk of asthma.

Besides antibiotics, all sorts of factors shape the microbiome in a baby’s first months of life, from diet, to whether there’s a pet in the house, to breastfeeding. “Early-life exposure to bacteria and microbes is quite protective,” Turvey says. “If you’re born into a big family, and you’re one of the later kids, you’re protected [from asthma]. If you go to daycare at an early age, you’re protected. If you grow up on a farm, you’re protected.”

As the science rushes forward, he offers a well-worn piece of advice for parents. “Don’t be scared of bacteria. Let children crawl around and get messy,” he says. “Go to the petting zoo. Visit a farm. That’s how we evolved as a species.”