How realistic are government timelines for vaccine rollout? (i.e. When can I get it?)

Vaxx Populi: We may not have 249,000 doses of the Pfizer vaccine in Canada before 2021, but some predict half the population will be vaccinated by spring 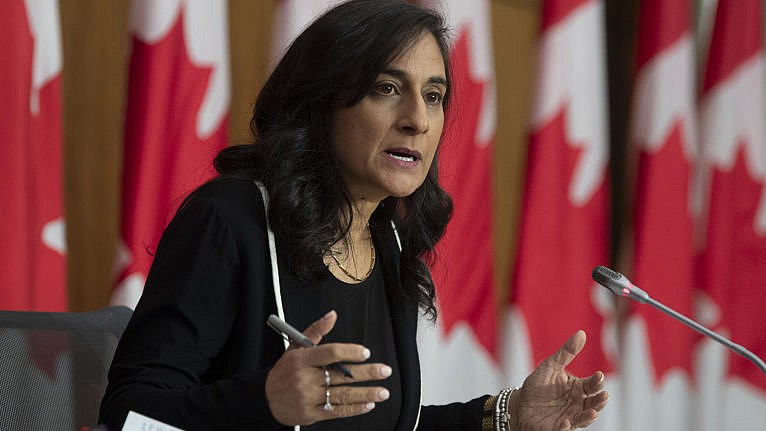 How realistic are government timelines for vaccine rollout?

Quick answer: While initial delivery timelines appear to be in jeopardy, the trend is toward a rapid buildup in Canada’s COVID-19 vaccination capacity. Goldman Sachs predicts half of us will get the vaccine by May.

Extended answer: After creating vaccines at record speeds, Pfizer and other drug manufacturers face perhaps an even more daunting challenge: ramping up production to meet an insatiable demand fed by the global pandemic. Timelines are already slipping.

On Dec. 7, Minister of Public Services and Procurement Anita Anand announced that “Canada will receive up to 249,000 doses of the Pfizer-BioNTech COVID-19 vaccine in December 2020.” That number was bandied around by government officials when the vaccine received emergency authorization, including in a timeline graphic released by Health Canada, which showed 125,000 Canadians getting the two-dose vaccine in 2020. In addition, Ottawa plans to have three million high-risk Canadians vaccinated by the end of March and the rest of Canada by the end of 2021. 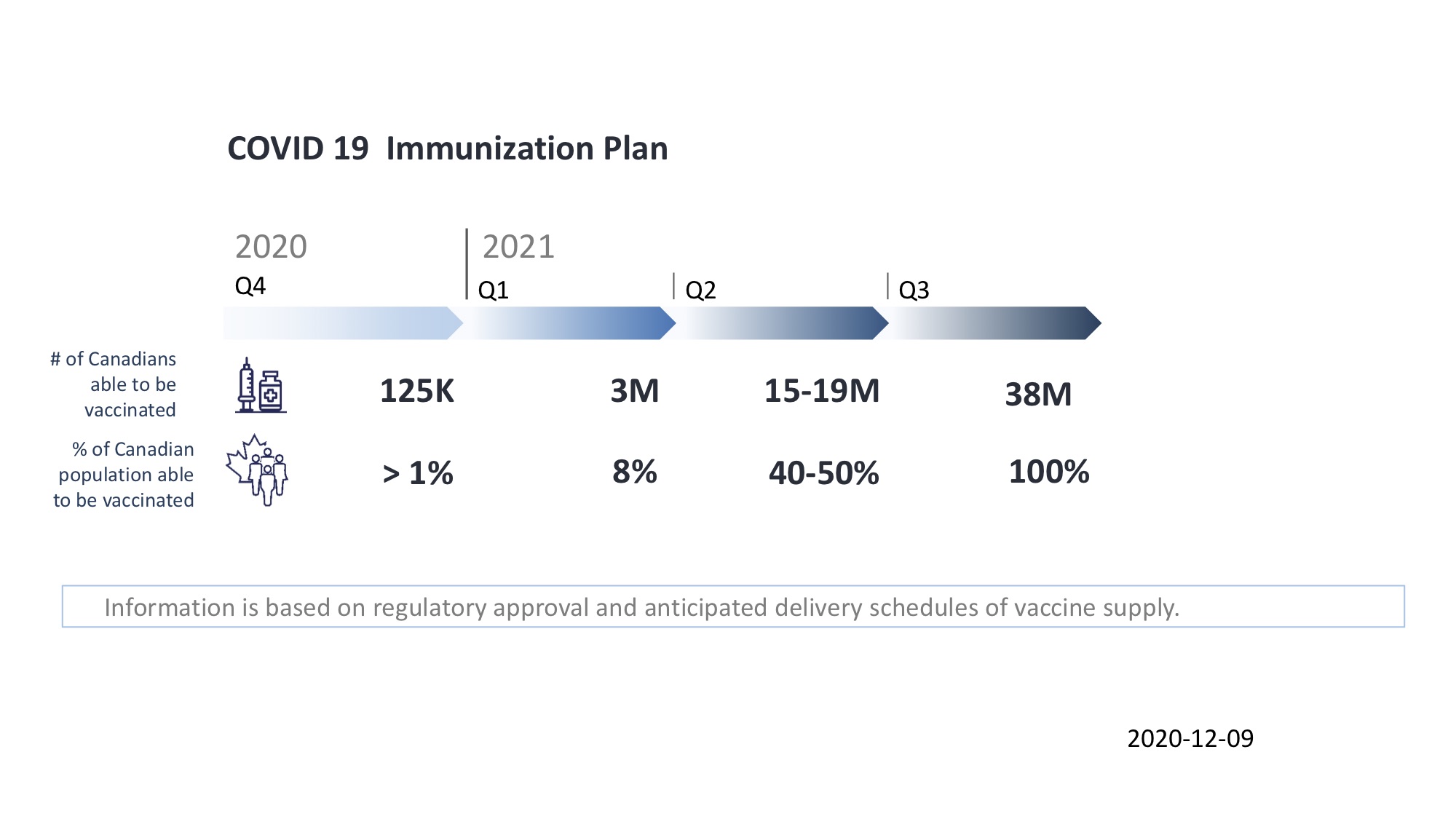 On the weekend, around 30,000 doses arrived in Canada. The following Monday, Dec. 14, Anand said she was hoping for the same number of doses to come next week and in upcoming weeks. Unless there’s a significant tweak to the delivery schedule, the numbers don’t add up: With two weeks left in 2020, that pace of 30,000 doses a week would add up to roughly 90,000 to 120,000 doses by New Year’s. (Anand did say she was checking with the supplier.)

When asked about the end-of-year target of delivering up to 249,000 doses to Canada, Christina Antoniou, director of corporate affairs for Pfizer Canada responded in an email to Maclean’s: “We can confirm that we are on track to deliver on our full committed volume and meet the needs of Canadian vaccination points by the end of the month.”

(On Dec. 15, Prime Minister Justin Trudeau announced that Canada had secured the delivery of 168,000 doses of another vaccine, this one from Moderna, by the end of 2020, pending government approval.)

The U.S. has already downsized its goals. In May, the United States government had hoped that 300 million doses of a COVID-19 vaccine would be available for use by the end of December. By October, that optimistic plan was cut to 100 million, then, a month later, was down to 40 million doses. Even then, some experts think that’s still too optimistic, StatNews reported.

Hiccups were inevitable, especially during these early days of a global mass vaccination during a pandemic. For instance, Pfizer’s cut in 2020 production was blamed on supply-chain obstacles in scaling up production in an industry that demands precision and testing at every step of the process, from sourcing ingredients to creating manufacturing processes, the Wall Street Journal reported. Adding to the complexity, Pfizer has never manufactured a vaccine that uses mRNA.

“Manufacturing never goes 100 per cent, there’s always issues and stock you have to throw out,” Bruce Lee, a health policy and management professor at the City University of New York, told StatNews. “You bake a thousand cakes, you’re not going to get a thousand successful cakes.”

Still, Pfizer expects to manufacture 1.3 billion doses in 2021. That effort will be supplemented by vaccines from other pharmaceutical manufacturers. On Monday, Goldman Sachs estimated that half of Canada’s population would be vaccinated by May and that 6.68 billion treatments would be produced by the 10 largest vaccine manufacturers, enough to vaccinate 85 per cent of the world’s population by the end of 2021.

As Canada rolls out the country’s most complex vaccination project to date, Maclean’s presents Vaxx Populi, an ongoing series in which Patricia Treble tackles the most pressing questions related to the new COVID-19 vaccines. Send us a question you’d like answered at vaccines@macleans.ca.