How universities are helping students with 'invisible' disabilities 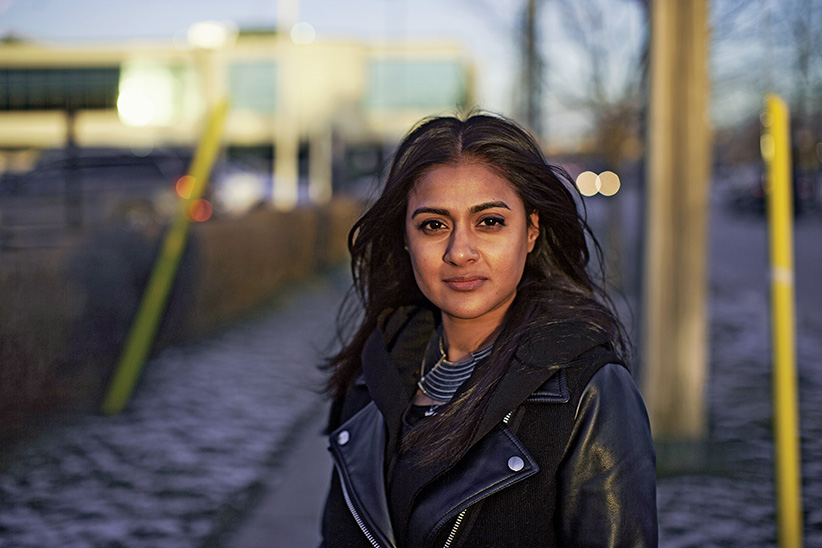 When Marc Wilchesky started working at Toronto’s York University in the 1980s, one of his first projects was to develop support strategies for students with learning disabilities. Upon arriving at his desk one day, Wilchesky found a note scrawled by one faculty member—a biology professor trained in the diversity of living organisms but seemingly not up on human rights and equality. It read: “Just as airlines shouldn’t hire blind pilots, the university has no business admitting students with learning disabilities,” recalls Wilchesky. It was short, but the message said plenty about the challenges students faced at post-secondary institutions. “That’s where it was then,” says Wilchesky, now executive director of counselling and disability services at York. “There were a lot of battles to be fought to educate people.”

Some 30 years later, progress has been made toward understanding, accepting and supporting post-secondary students with “invisible” disabilities, which interfere with an individual’s daily functioning but may not have an obvious physical manifestation. They run the gamut from dyslexia and attention hyperactivity deficit disorder (ADHD) to autism spectrum disorder to chronic diseases such as Crohn’s, as well as mental health conditions including depression and anxiety. Indeed, the latter two are pervasive on Canadian campuses, and have become a massive public health focus of late.

And yet, challenges persist. Wilchesky was recently part of a collaboration between York and Navi Dhanota, a graduate student who filed an application with the provincial human rights tribunal after the university denied her “academic accommodations.” These are arrangements that, in effect, neutralize the limitations of students with disabilities—things such as writing exams in a room separate from the class at large, getting extra time on assignments and note-taking technology. In seeking accommodations, Dhanota had refused to disclose her mental health diagnosis—a requirement at most colleges and universities—on the basis that students shouldn’t be forced to define their experiences using a psychiatric label.

In January, 2016, after months of mediation, York, Dhanota and the Ontario Human Rights Commission unveiled a precedent-setting resolution: while students must still provide medical documentation indicating they have a disability and its limitations, they no longer have to disclose their specific diagnosis. “It’s a tremendously positive outcome,” says Dianne Wintermute of Arch Disability Law Centre, who represented Dhanota. “We came up with something that worked for everybody.”

The York outcome reﬂects an ever-evolving balancing act in higher education. “Even if one student would be reluctant to seek support from our disability services because they didn’t want to disclose their diagnosis, we want to eliminate that barrier,” says Wilchesky. “But at the same time we have to be sure that we’re protecting the academic integrity of the institution, so it’s not simply a case of a student saying, ‘I have these needs, this is what I want. This is what I’m going to get.’ ” 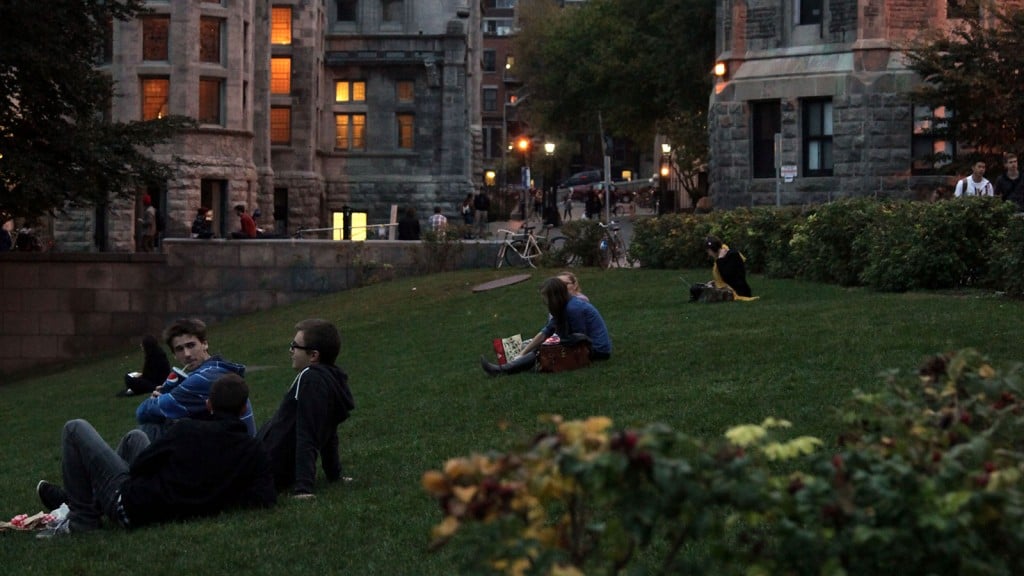 Today, more students than ever with invisible disabilities are pursuing higher education, and in some schools they outnumber those with physical or sensory disabilities. “Our culture and society has changed [into] not making it such a stigmatized, secretive thing,” says Michael Condra, who retired in June as director of health and counselling services at Queen’s University in Kingston, Ont. In addition, “the treatments are becoming much better and more effective, which make it more likely that a student will be able to function effectively in the stress and strain of a post-secondary environment.”

Ironically, the process of seeking accommodations can actually re-stigmatize students with invisible disabilities. “When you’re living with something and suffering, it’s hard to say, ‘I’m entitled to this,’ ” says Aliçia Raimundo, 26. While attending the University of Waterloo several years ago, she didn’t pursue accommodations for her mental health and learning disabilities because she found the documentation requirements overwhelming. She figured, “I’m not failing, so is this worth it?” Raimundo recalls. “I could have been doing 15 to 20 per cent better, but at the time I didn’t want to fight for the accommodations.”

The 2013 National College Health Assessment survey of more than 34,000 post-secondary students at 32 schools across Canada found almost two per cent had been diagnosed with or treated for obsessive-compulsive disorder in the previous year; roughly four per cent reported having ADHD or a learning disability; and five per cent reported a chronic illness such as cancer, diabetes or autoimmune diseases. The data for mental health conditions was even higher: 10 per cent had been diagnosed with or treated for depression, and 12 per cent with anxiety. Many more had suffered, though: 37.5 per cent reported having felt at one time or another “so depressed that it was difficult to function” and 56 per cent reported experiencing “overwhelming anxiety.” Almost 9.5 per cent had seriously considered suicide in their lifetime.

Given this prevalence, disability services offices—or accessibility services ofﬁces, as they are increasingly called—are now common on Canadian campuses. “There is an increased recognition that [accommodation] is important, but also an obligation,” says Meredith Kushnir, marketing and community engagement lead at the Canadian Mental Health Association’s Centre for Innovation in Campus Mental Health in Ontario.

Indeed, post-secondary institutions are required by the Canadian Charter of Rights and Freedoms as well as provincial statutes to be accessible to students with disabilities. However, “no specific federal or provincial governmental standards exist,” notes a report by the National Educational Association of Disabled Students. That means policies and procedures for accessing accommodations vary by college or university, as do the stafﬁng and budgets for disability services, and the level of understanding among administrators and faculty. In effect, schools are still figuring out what, exactly, best practices look like, and how to implement them.

This realization propelled Condra to lead a three-year research project between Queen’s and St. Lawrence College in Kingston to study how schools in Ontario were accommodating students with mental health disabilities. The initiative, funded by the Ontario Ministry of Training, Colleges and Universities, resulted in a landmark report released last October, which makes 14 recommendations for “documentation standards and guidelines” for all schools. “The idea was to bring some consistency,” says Condra.

The first recommendation aligns with the York outcome. It urges schools to focus on the “functional limitations” of students as the basis for accommodation rather than their specific diagnosis. “When accommodations are based purely on the diagnosis, it leads to confusion because every student needs different types,” says Kushnir. What’s more, “for students who are learning how to navigate [post-secondary education], they might not be comfortable talking about their condition.”

Schools might not be either, as Condra’s group learned during their research. “A consistent theme [among professors] was, ‘We need more education, we need a better understanding about our role,’ ” says Condra. Adds Kushnir, “If [professorss] have five classes with hundreds of students, [sorting out accommodation] can be quite daunting.” As such, Condra’s team developed an information handbook and eight YouTube videos to help faculty and students discuss disability and accommodations with each other.

For Raimundo, who has experienced dyslexia, depression and anxiety since adolescence, and once, at age 13, tried to end her life, going to the University of Waterloo in 2007 was a turning point. “When I was in high school very few people knew what I was going through,” she recalls, “and then when I went to university I decided to speak honestly about mental health.” It wasn’t easy, and there were times Raimundo was misunderstood, but school counsellors helped, and so did the encouragement of others who were inspired by her story. Since then, Raimundo has been diagnosed with Asperger’s, too. Now she works as an ambassador for students with invisible disabilities—she calls herself a “mental health superhero”—participating in local, national and international initiatives to educate others.

Her message is worth repeating: “One thing I wish people understood about accommodations is that students can live without them, but it makes life a lot harder,” says Raimundo. “They might have the smarts to achieve [grades in the] 90s but will only achieve 60s. It’s about levelling the playing field.” To students in particular, Raimundo has another message, too: “Know what exists on your campus before you go, where your allies will be. Find those people like you who have struggled. Knowing that you’re not alone is such an important part of this.”

In this way, students with invisible disabilities are finally being seen.