Why vital statistics are a matter of birth and death

'We don’t know who’s dying, or why they die,' Melinda Gates says 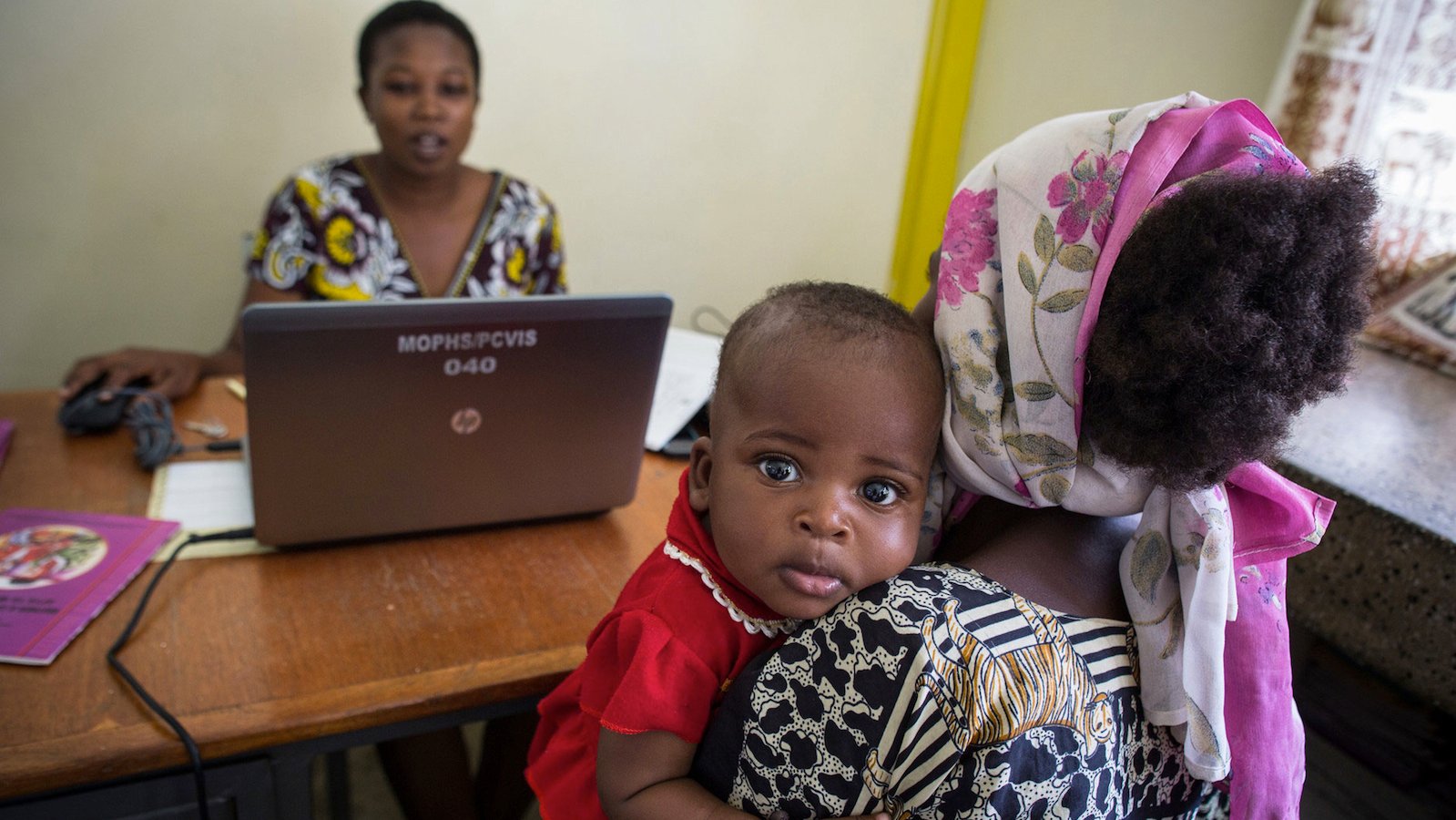 Baby Mwanahawsi has his general health recorded by a data clerk, as part of an effort to monitor levels of pneumonia post-vaccination in Kilifi District, Kenya. (GAVI Alliance)

Over 10 years ago, David Morley, who’s now president and CEO of UNICEF Canada, was working in a refugee camp on the border of Angola and Zambia. The Angolan civil war was on. Morley still remembers one woman who arrived at the camp; she had barely anything with her. The one thing she did carry, Morley says, was her child’s birth certificate, kept safe in a plastic baggie. “She knew it was that important,” Morley says. It’s a more important piece of paper than many of us realize, and in Canada we may take it for granted. This week, at Stephen Harper’s high-profile summit on maternal, newborn and child health, the need to keep vital statistics has emerged as a critical development issue for years ahead.

“Right now, we don’t count every baby that’s born. We don’t know who’s dying, or why they die, in the majority of cases,” philanthropist Melinda Gates said today in her keynote address at the Toronto summit. According to UNICEF, the births of nearly 230 million children under age five have never been registered. (The lowest birth registration levels are in sub-Saharan Africa where, in some areas, less than 25 per cent of kids under age five have a birth certificate.) Not knowing how and where millions of people are born and die, Gates continued, “makes it really hard to allocate investments and resources.”

Morley spoke to Maclean’s just before joining in a panel discussion on the topic of vital statistics (unfortunately for journalists and the public, this was one of several summit events that media were barred from attending). “A child who is born without a birth certificate may not be able to go to school,” Morley told me. “She may not be able to access health services. Because we don’t know how old she is, she’s more susceptible to child marriage. There’s a greater risk of exploitative labour, because it’s harder to get into the formal sector.” Adults without birth certificates are less likely to secure these documents for their kids. Good documentation is a critical issue for governments and NGOs here at the summit, too: how else to track who has received critical immunizations, for example, or to determine where more funding or better coverage is needed?

Dr. Seth Berkley, CEO of GAVI Alliance and another summit speaker, was equally emphatic. “Vital statistics are absolutely critical,” he told Maclean’s. To Berkley, the “single most important vital registraton document” is a child’s health card, which includes information on where they were born, their mother and father, and a schedule for their vaccines. Immunization programs are an ideal way to reach kids, because of their sweeping coverage, he says. (GAVI, which helps finance vaccine programs in the world’s poorest areas, pays for the printing of health cards in some countries, Berkley says.)

Much discussion here at the summit has focused on the UN Millenium Development Goals, set to expire in 2015, and what happens next. Keeping better vital statistics wasn’t an explicitly stated goal of the Millenium Development Goals, but experts say it will have to be taken into account in coming years; there are signs that’s happening. In April, Canada announced $20 million for UNICEF’s Birth Registration Project, aimed at strengthening the health information system in sub-Saharan Africa, on top of funds already invested. This afternoon, Prime Minister Stephen Harper pledged another $3.5 billion for child and maternal health programs over the next five years. “We’ve got to be able to say, one of the goals over the next 15 years will be to register everybody,” Morley says. “Because so much other good stuff comes out of that.”