In 2016 CityNews journalist Cynthia Mulligan documented Rain's journey to Thailand for the surgery, the first time it was covered in that country by OHIP 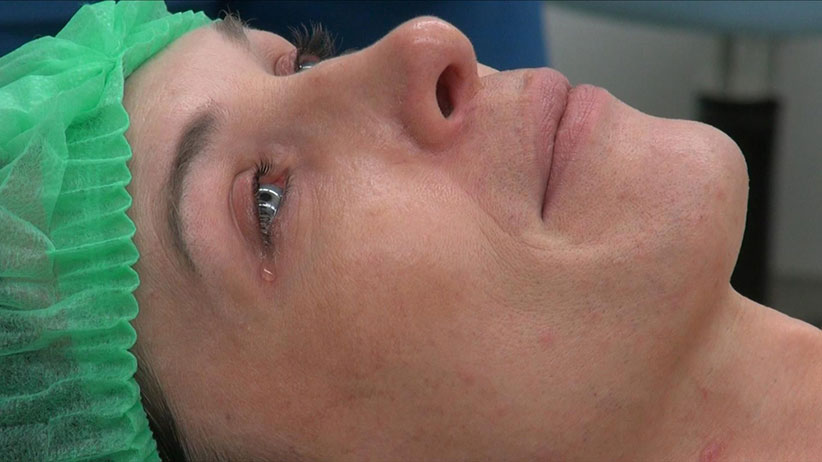 Danica lying on the operating table, ahead of her surgery. (Cynthia Mulligan)

Danica Rain is lying on an operating table, seconds before the anesthesiologist will lower the mask to put her under for surgery. She’s gazing up at the ceiling with an expression of serenity; she looks like someone who is calmly accepting death. In a way, that is exactly what is about to happen. There is a single tear at the corner of her eye. Rain turns to me and says with a smile, “It is a tear of happiness.”

Rain is about to undergo “gender-confirmation” surgery, the term preferred by the trans community. She has been waiting for this moment her entire life and had to travel all the way to Thailand to make it happen. Rain invited me to document her journey, which marked the first time the Ontario Health Insurance Plan (OHIP) approved the surgery in Thailand. My employer, CityNews, partnered with Maclean’s on the story.

Danica Rain was born Denis LaRonde (she changed her last name when she transitioned to female) and grew into a good-looking, small-boned, young man. But she always felt trapped in the wrong body. As a child in her native Sudbury, Ont., Rain tried to conform, adopting stereotypical expressions of masculinity: riding a motorcycle, getting tattoos, becoming a firefighter and paramedic. Rain got engaged to a woman and became a father to a baby girl but found it increasingly difficult to deny who she really was, a woman.

At the age of 33, Rain was depressed; she had tried to commit suicide several times. “It was killing me,” she remembers. “It was killing me inside.” Rain still has a scar around her neck that she hides with makeup, a permanent reminder of the time she tried to hang herself alone in her basement. She was almost successful.

Suicide is a harsh reality in the transgender community. Analysis by the American Foundation for Suicide Prevention and the Williams Institute shows 41 per cent attempt to take their lives, compared to five percent of the general population.

Rain believed the only way to survive was to stop hiding the truth and transition to Danica. In Sudbury, a Northern Ontario city once known primarily for mining and where everyone knows who you are, leaving one gender behind and adopting another was particularly difficult. Denis was popular and well liked. Danica was chased and beaten and shunned by her colleagues, facing daily scorn and ridicule. “People viewed me as a transvestite or a cross-dresser, she says with a pained smile. “I was a man in a wig to most people.” 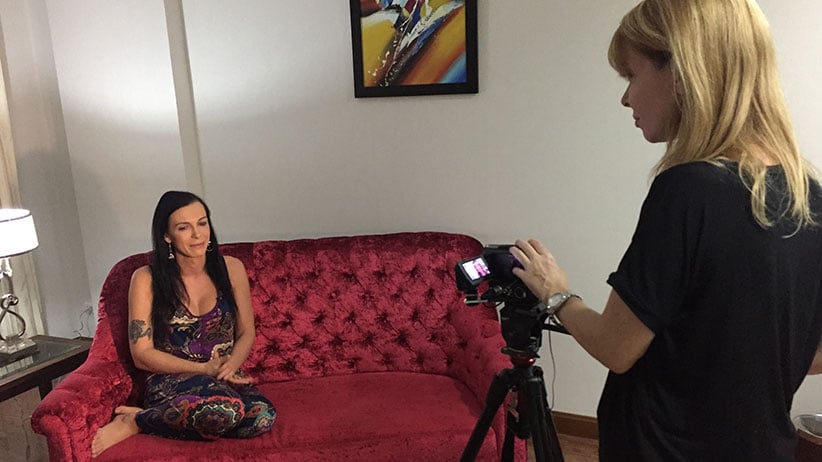 About a year later, after starting hormone therapy, Rain decided to move to Toronto, where she hoped she could blend in and feel less stigmatized. It was 2010, and she started looking more feminine. Life wasn’t getting easier, though; she couldn’t find a job, was broke and became addicted to crack cocaine. Suicide was still beckoning.

But a chance encounter saved her life. One cold November night, Rain was standing outside a Toronto nightclub smoking a cigarette when a man walked by. They started talking, and she eventually agreed to have dinner with him. It would be her first date with a man, but Rain says he had no idea she was transgender. Rain was terrified, certain of rejection. Instead, after she divulged the truth he embraced her for who she was. That was all the more remarkable, Rain believes, because of who he was, a former Canadian soldier who had done two tours in Afghanistan and served in Bosnia and Sierra Leone. But he, too, had his demons, and was suffering from PTSD. They moved into a condo together and she went off drugs cold turkey. They were healing each other. “The way I see it,” she says, “my partner saved my life. He made me realize life is worth living.”

Rain had breast implants and laser therapy to remove facial hair. She “passed” as a woman and yet didn’t feel complete: she hated having a penis. “I would almost describe it as being born with a birth defect, born with an extra limb.” She needed it gone. She wanted to make love to her partner, in her words, “as a woman.”

Getting gender-confirmation surgery is not a quick or easy process in Canada. After waiting more than a year for a doctor’s referral, Rain came up against yet another hurdle. There are no surgeons in Ontario who perform the operation. (Ontario Health Minister Eric Hoskins announced in June that in 2018, the full suite of gender-confirmation surgery will be available at Toronto’s Women’s College Hospital.) In fact, there is only one doctor in the entire country who specializes in genital reassignment, Dr. Pierre Brassard, who works at the Centre Métropolitain de Chirurgie, a private hospital in Montreal. Rain had heard the wait list could be up to two years (the clinic won’t confirm its wait time for surgery), but Rain wanted it as soon as possible. She started to do her own research and found that under provincial legislation introduced in March 2016, she could have the surgery fully paid for by OHIP, Ontario’s health insurance plan, either out of province or out of country. It was her hallelujah moment. 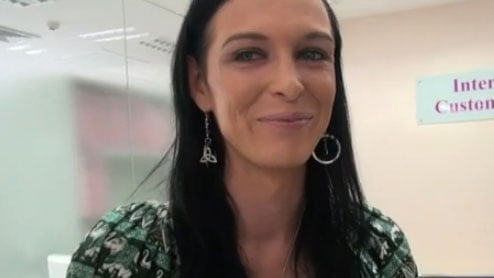 Danica in the clinic the day before the surgery. (Cynthia Mulligan)

Rain chose Thailand, a country notorious for both its sex trade and its beautiful women who have transitioned from being male. There are at least 10 Thai clinics that offer gender-confirmation surgery for people from around the world, and wait lists are as little as two weeks. Rain applied to OHIP and got approval. Then, after extensive research, she chose the Kamol Hospital in Bangkok.

“Once I get the surgery done, it’s the last piece of the puzzle, the last part of me that needs to be finished,” Rain told me on the day before her flight. “I think it’s going to finally make me feel normal.”

In 2015/2016, the Ontario government paid for 158 gender-confirmation surgeries. All but 10 were performed at the Montreal clinic; the rest took place in the United States. Rain appears to have paved the way for others to go to Thailand. Since her approval, six more Ontario patients were approved by the government to go to Thailand. All but one chose the Kamol Hospital.

The cost for Rain’s surgery was $12,900. Despite requests, neither Ontario’s Ministry of Health nor the Montreal clinic have provided the cost for comparable surgery in Canada. What is known is that the 158 surgeries paid for last year totalled $3 million—on average $19,000 each—which suggests it costs taxpayers less when the surgery is performed in Thailand. OHIP does not pay travel expenses or accommodation, no matter where the patient has the surgery.

“First I remove the testicles.”

Rain is in the Bangkok office of plastic surgeon Dr. Kamol Pansritum, listening intently. He is explaining exactly how he is going to create her new female genitalia, quickly drawing illustrations on a piece of paper depicting penis, scrotum, labia and clitoris. “And use the skin from the penis to make the labia.” For him, the surgery is routine; he says that over the past 18 years he has done this more than 3,000 times.

Pansritum adds that his patients will likely have sexual sensation and be able to reach orgasm, but he won’t guarantee it. “Human cannot make it the same as from God,” he says. Leaving the consultation, Rain looks crestfallen. Shortly after, she is reassured by another patient, Andrea Jaca-Smith, who has been named Miss Transexual Australia. Jaca-Smith had the surgery three months earlier and tells Rain, “Everything works just fine.”

Nerves set in the night before the surgery as Rain sits in her private room at the clinic, a basic bedroom with a bathroom and small living area, clean and white like the rest of the clinic. She is agitated and having second thoughts. I ask if she will miss Denis, and she starts to cry. “I don’t miss Denis at all but I know my daughter does. She misses her dad. And I know I’m still her dad. I always will be. It hurts that it hurts my daughter.” Rain’s daughter is now 13 and still calls her dad, but not in public anymore. It made too many people stare.

The next morning, the nervousness has completely disappeared. Rain has no second thoughts. She’s ready and smiling as she’s wheeled into the operating room, giving me a thumbs up.

Eventually, the anesthesia mask is lowered. Pansritum enters the operating room and the surgery begins. The operating room is cold and small. The surgery that will physically transform Danica takes three hours. I am the first reporter the hospital has allowed into the OR to watch the surgery, but I am not allowed to film it: gender-confirmation surgery is a closely guarded secret in Thailand, with each practitioner having perfected their own technique. Pansritum claims there are only 10 people in the world, including him, who can perform it at the highest level of expertise.

He makes a deep cut. The testicles are removed. Then, the penis is gone. He works quickly and efficiently without saying a word, and stands up only when he is finished. Rain’s biggest wish has just come true.

The next day, Rain is euphoric, despite crushing pain that is only partly dulled by morphine. “Finally, my body matches the way I feel on the inside,” she says. “I would have to say that this is one of the best moments of my life, definitely.” Rain believes that now, finally, she will be able to fully pass as a woman and not have to endure the insults, or worse, that many transgender people face. The week Rain left Toronto for her surgery, she was having lunch downtown on Yonge Street with a friend who is also transgender. Two men sitting at a table beside them called them “absolutely disgusting.” The memory still makes her cry. 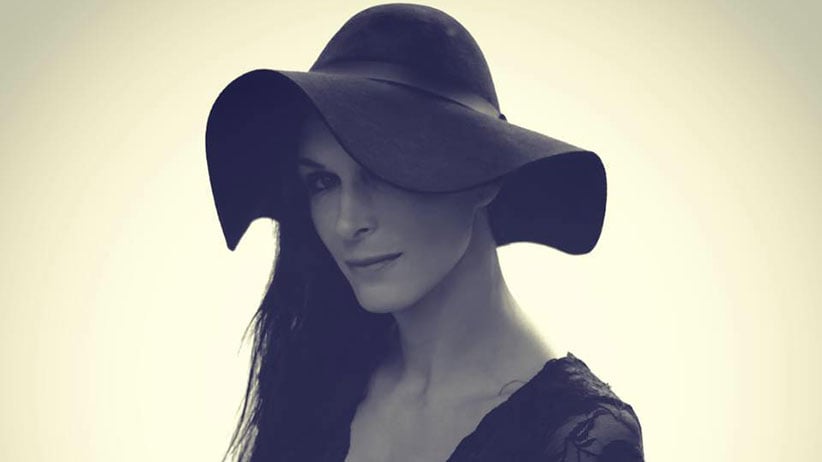 Fast forward six months. I am having brunch with Rain in Toronto. She is noticeably different. There is a peacefulness about her that wasn’t there before. She’s grounded. For the first time, Rain doesn’t cry when she talks about her life as a transgender woman. She tells me she finally feels whole. “I feel so normal now. All of the bad feelings I had because of that extra body part are gone. I feel like a normal girl. Before, having that extra part, that’s why I didn’t feel comfortable with myself.”

Rain can see a future now, a purpose. She wants to spend more time with her daughter, who plans to move to Toronto to live with her. She is an advocate for other transgender people who want the surgery, and has gone back to the Kamol Hospital with two other Ontario patients, acting as their advocate. She is returning in July with another group.

And yes, she says, Miss Transsexual Australia was right, everything works “just fine.”

Rain is often stopped on the Toronto streets by people who saw her story on CityNews (it later won the national Adrienne Clarkson Award for diversity in reporting). Some offer support; others lob stinging criticism. Losing privacy and exposing her deepest vulnerabilities has been worth it, she says, if she can help even one person understand what it is like to be transgender. She hopes to help bridge the gap and ease the stigma she has endured. Other transgender people have reached out, telling her that her message has given them inspiration and hope. She hopes that message becomes universal.