As the donor tool comes to Canada, Science-ish investigates 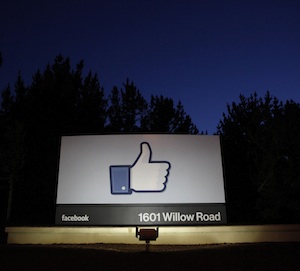 Just when you thought Facebook couldn’t become any more omnipotent: In May, the social networking giant announced it would allow users to declare their organ donor status on their profiles and link to donor registries in the hopes of becoming “a big part of helping solve the crisis out there,” as CEO Mark Zuckerberg put it then.

At the time, Science-ish mused about the role the social network could play in getting more people to donate. Today the tool launches in Canada, Mexico, Norway and Belgium—that’s 18 countries in total—and we actually have some preliminary data on the “Facebook effect.”

According to David Fleming, CEO of Donate Life America, the initial response after Zuckerberg’s announcement “dwarf[ed] any past organ donation initiative.” In California, for example, 70 people each day usually register online as organ donors, while in the 24 hours following the Facebook announcement, 3,900 Californians did the same. But, according to a new report from the U.S., “the dramatic increase in registered organ donors was quickly followed by a dramatic decline. Within two weeks, the rate of registration of new organ donors returned to previous levels.”

This trend was observed in the four states—California, Florida, Illinois, and Ohio—for which the authors, Blair and Dr. Alfred Sadler, had data.

Now, it’s important to note that this isn’t a peer-reviewed study. It’s just online analysis by a couple of trustworthy sources with an interest in problems related to organ donation and transplants. (The Sadler brothers helped draft the Uniform Anatomical Gift Act.) But this seems intuitive. Online users, after all, are bombarded with new information and status updates. Perhaps the donor news on Facebook had the lifespan of a ‘like’ or Tweet.

Facebook responded to the Sadlers’ analysis by releasing a statement saying 275,000 people have registered worldwide to donate organs using Facebook since May, and that they are pleased with the turn out so far. Unquestionably, that’s a lot of extra donors. Still, if further study confirms the trend, the brothers Sadler have a few ideas about how to address the dip in interest. They suggested “repeated cuing”—reminding users on a regular basis about the donor tool—could help to keep up the number of new donors. They’d also like to see organ donor registries embrace this new technology by adding social sharing tools that link to sites like Twitter and Facebook.

Going mobile would help, too. Sarah Feinberg, a member of Facebook’s policy team, told Science-ish that the social network is working on making the tool accessible on SmartPhones, which, she believes, will capture many more potential donors.

For now, there are other researchers out there crunching the numbers. Dr. Andrew Cameron, a transplant surgeon at Johns Hopkins Hospital who helped to design Facebook’s donor tool, told Science-ish he has a study under review that looks at the first 13 days of the initiative in the U.S. So far, he said, his research shows trends similar to those detected by the Sadlers, but he added that there might be more to it than meets the eye. “The greatest effect was seen in the first several days [following Facebook’s announcement] but even as the numbers trailed down, there were still other peaks that were seen.” He’d like to figure out what causes those peaks and valleys, and he’s also planning to collect and dissect international data. “We’ll compare country by country the response and see how willingness to declare yourself a donor spreads through the one billion person Facebook network.”

Science-ish will keep an eye on the studies as they emerge. But even when we have a bunch of peer-reviewed articles on social media and organ donation, there are a few things to keep in mind. As University of Stirling philosophy professor Ben Saunders noted, “That donation rates rise following a change on Facebook doesn’t necessarily show that to be the cause. We’d need to be sure there wasn’t some other explanation, such as recent news coverage.” Isolating cause and effect when looking at social media, however, is a lot trickier than it sounds. Jennifer Keelan, a University of Toronto assistant professor who studies social media and health, explained, “We still don’t have a good picture of how people are using these platforms.” And that, she added, changes every day. “By the time I get funding, get the study through per review,” she confided, “people will be using the platform differently.”

Or, they’ll be using a different platform entirely. Still, the health community has to be as nimble as online users and can’t afford to ignore social media. Many people—entire demographics—live online and sites like Facebook have huge potential to impact public health, for better or worse. As Blair Sadler told Science-ish, Facebook’s foray into organ donation is “the equivalent of a new technology in medicine.” Plus, if public-health officials and physicians don’t get there first, big businesses like Facebook will.

Interested in the potential for Facebook and other social media to impact health and policy? Come see Science-ish‘s Julia Belluz deliver the 2012 Hancock Lecture “Who Lives & Who Dies: Will social media decide?” in Toronto on Oct. 31.